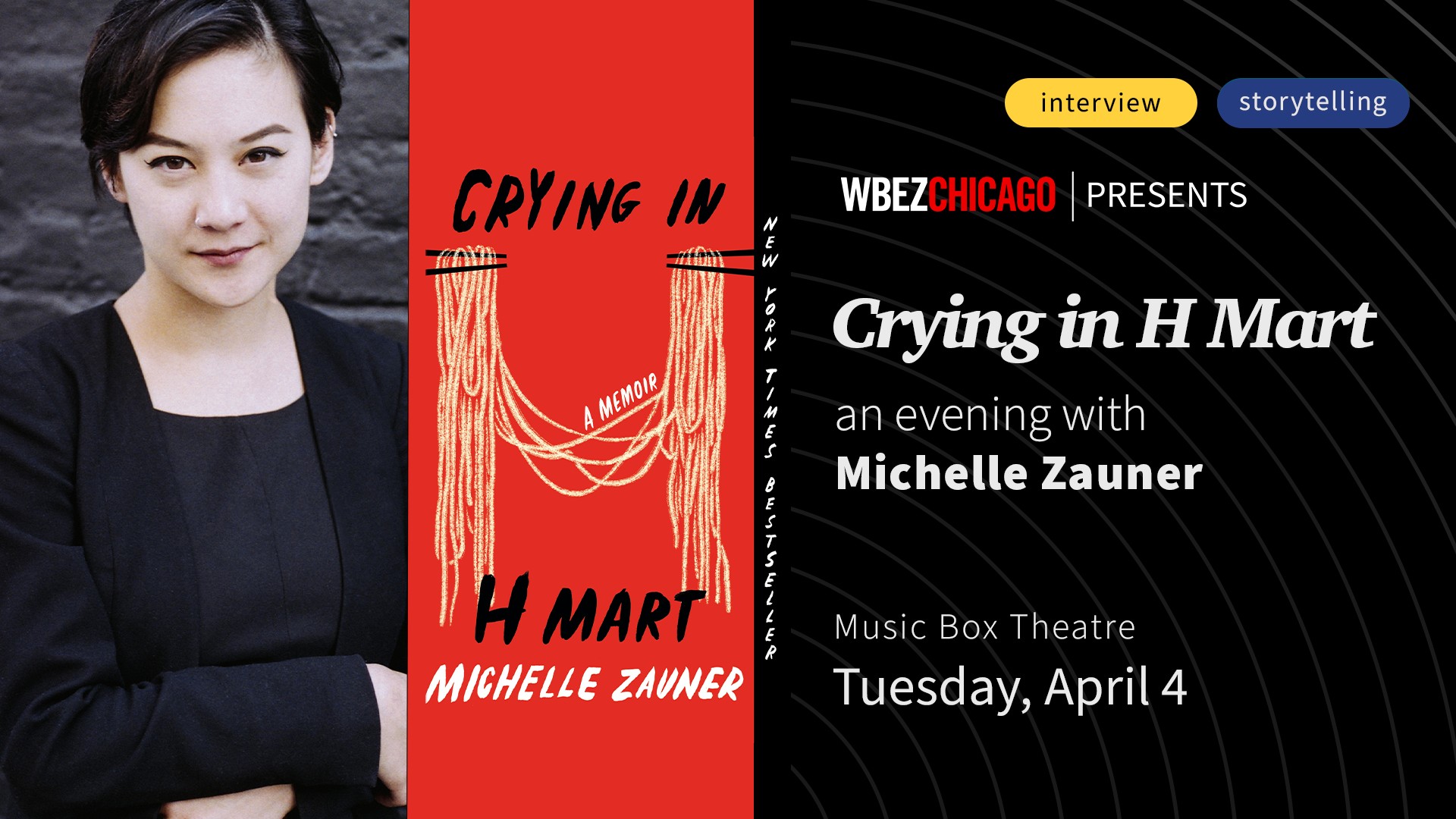 Two years after the release of her acclaimed memoir, Crying in H Mart, WBEZ is honored to host Michelle Zauner for an in-person discussion on Tuesday, April 4 at the historic Music Box Theatre.

In an exquisite story of family, food, grief, and endurance, Zauner proves herself as far more than a dazzling singer, songwriter, and guitarist best known for fronting the band Japanese Breakfast. With humor and heart, she describes growing up as one of the few Asian American kids at her school in Eugene, Oregon; struggling with her mother’s high expectations of her; and treasured months spent in her grandmother’s tiny apartment in Seoul where Zauner and her mother would bond over heaping plates of food.

As she moved to the East Coast for college, began performing gigs with her fledgling band and met the man who would become her husband, Zauner’s Korean identity began to feel ever more distant — even as she found the life she wanted to live. It was her mother’s diagnosis of terminal cancer that inspired her to reclaim the gifts of taste, language, and history her mother had given her.

Since the release of Crying in H Mart, Zauner has begun the process of adapting her memoir into a feature film — all while earning Grammy nominations for her work with Japanese Breakfast and recording a score for the stylish sci-fi video game, Sable.

A limited number of VIP tickets will be available with purchase of the paperback. The VIP package includes the opportunity to meet Michelle Zauner, have your book(s) personalized, and a photo opportunity.

WBEZ is proud to partner with Exile in Bookville on this event. Pre-signed copies of the paperback, Crying in H Mart, will be available for purchase.

Michelle Zauner is best known as a singer and guitarist who creates dreamy, shoegaze-inspired indie pop under the name Japanese Breakfast. She has won acclaim from major music outlets around the world for releases like Psychopomp (2016) and Soft Sounds from Another Planet

TICKETS FOR THIS EVENT ARE SOLD-OUT!

Open captions will be provided.