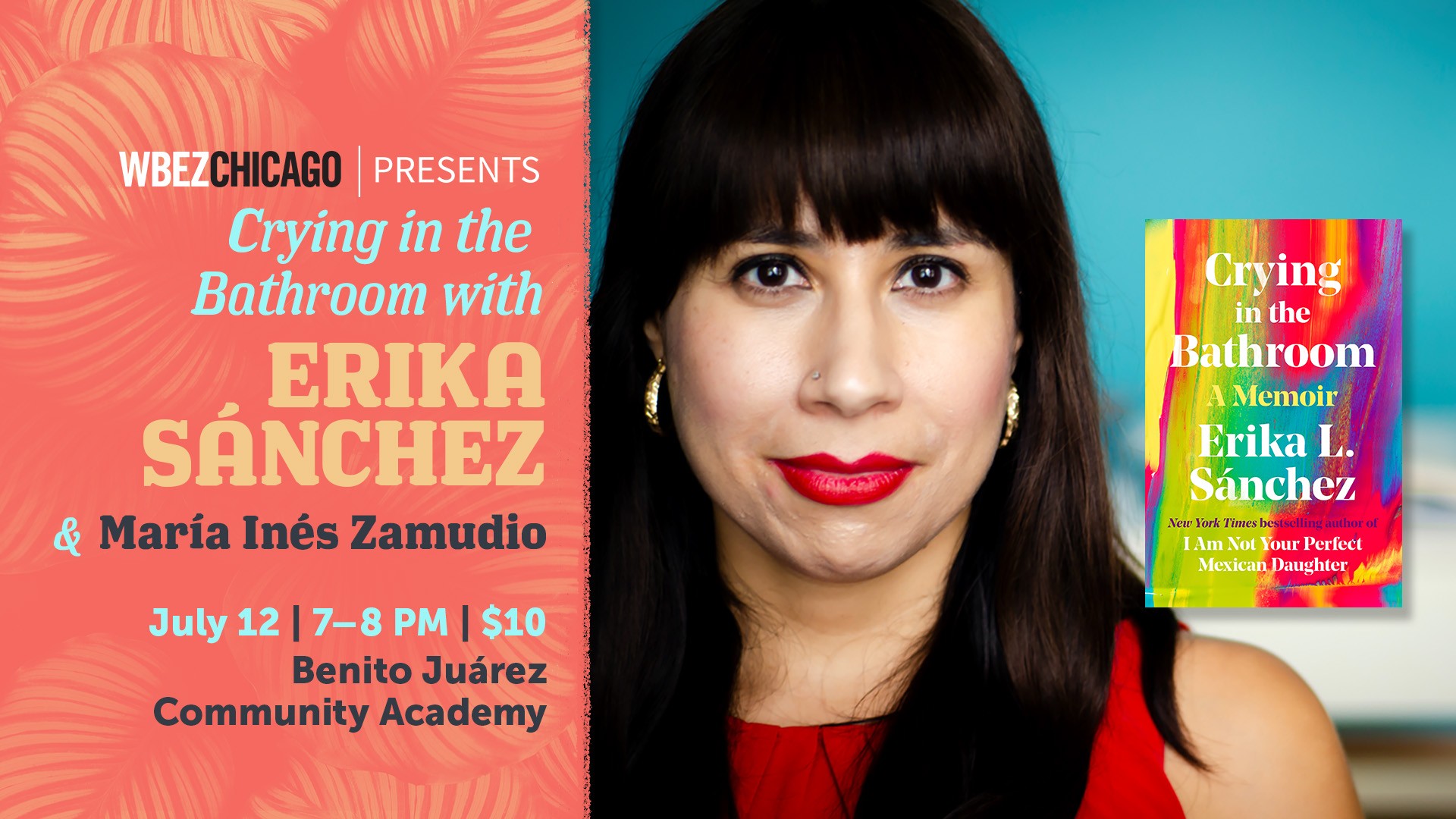 Join us as we celebrate the release of Crying in the Bathroom, the new memoir by NY Times bestselling author, Erika Sánchez. The program will feature a conversation with Erika and WBEZ’s Maria Inés Zamudio followed by an audience Q&A.

The memoir, set for release in July, is a collection of essays covering everything from sex to white feminism to debilitating depression. Sánchez traces her life in deeply moving, wildly hilarious prose – from her misfit childhood growing up as the daughter of Mexican immigrants in ‘90s Chicago, to struggles with her body and mental illness, to her rise to literary fame – as she invites us to peer into the life of a woman who charted a path entirely of her own making. Crying in the Bathroom is Sánchez at her best—a book that will make you feel that post-confessional high that comes from talking for hours with your best friend.

We’re proud to partner with Women & Children First on this event. Attendees can purchase a copy of Crying in the Bathroom as a bundle. A book signing will follow the event.

This event will be open-captioned.

No refunds will be allowed for this event.

Erika L. Sánchez is a Mexican-American poet, novelist, and essayist. Her debut poetry collection, Lessons on Expulsion, was published by Graywolf in July 2017, and was a finalist for the PEN America Open Book Award. Her debut young adult novel, I Am Not Your Perfect Mexican Daughter, published in October 2017 by Knopf Books for Young Readers, was a New York Times bestseller and a National Book Awards finalist. It is now is being made into a film directed by America Ferrera. Sanchez was a 2017-2019 Princeton Arts Fellow, a 2018 recipient of the 21st Century Award from the Chicago Public Library Foundation, and a 2019 recipient of the National Endowment for the Arts Fellowship.

In 2014, Zamudio and a team of reporters from NPR’s Latino USA received a Peabody National Award for their coverage of Central American migrants. Zamudio’s story was reported from the Mexico-Guatemala border and it focused on the dangers women from Central America face while traveling through Mexico as they try to reach the United States.