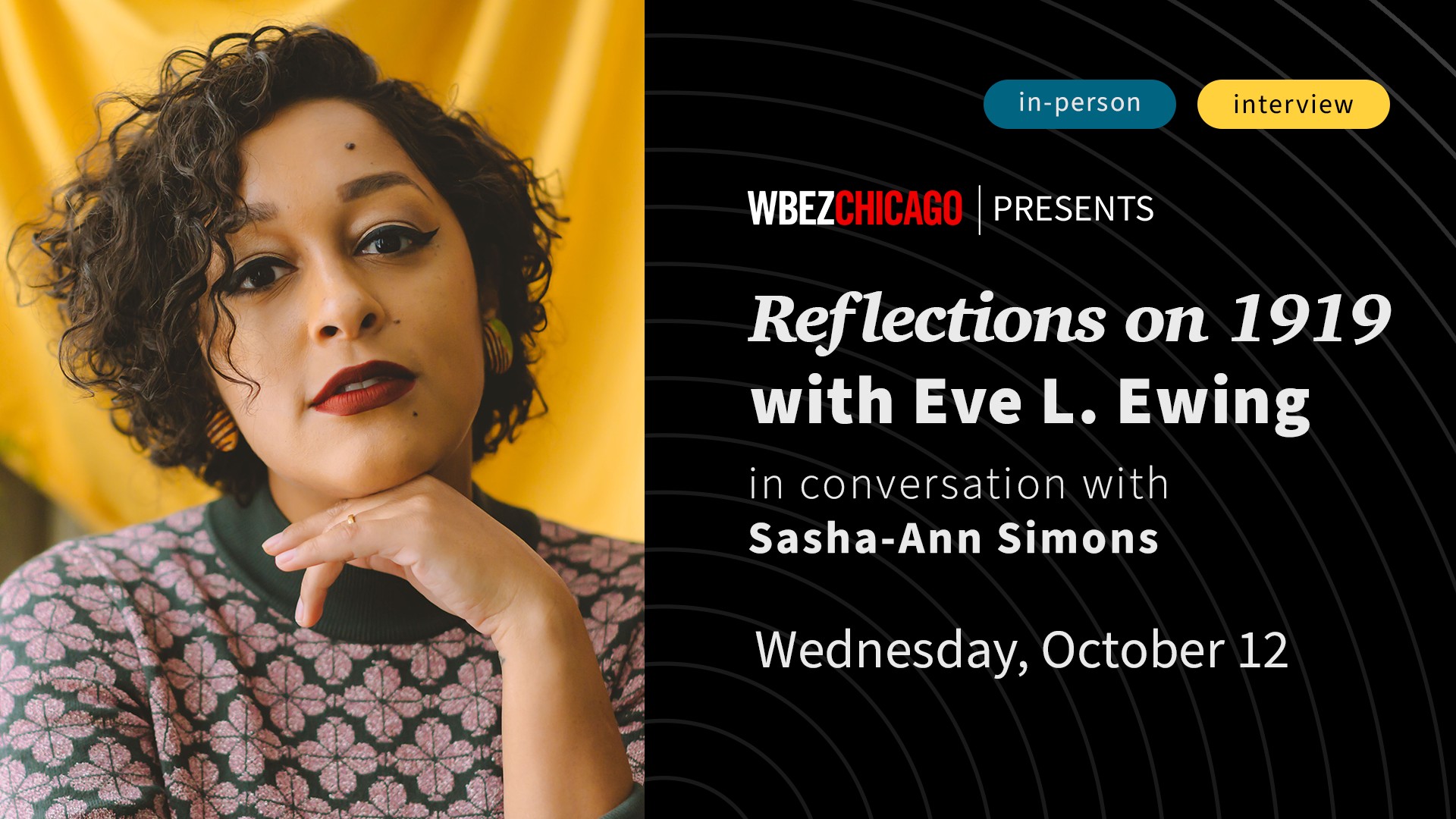 A hot summer day set Chicago ablaze in 1919. Seventeen-year-old Eugene Williams crossed an invisible line in Lake Michigan that divided the segregated shores, and he was killed by a group of white beachgoers. His death sparked a deadly 13-day riot. The fighting spread throughout the city, then throughout the country in what became known as the Red Summer. In Chicago, 38 people died, more than 500 were injured, and thousands were left homeless.

The ignition of the Red Summer proved that racism and prejudice had always existed in the north; it was just more quiet here. And it’s a pervasive silence that’s lingered over a century – the scars of the Red Summer are still present, open and bleeding in the underlying systems of inequity today.

Dr. Eve L. Ewing, Chicago-based sociologist and poet, explored the Red Summer and expanded on its lasting impact in her second collection of poems, titled 1919. The book was recently adapted for the stage by J. Nicole Brooks and will make its world premiere at the Steppenwolf Theater this October.

Join WBEZ’s Sasha-Ann Simons for a reflective conversation about Chicago’s Red Summer with Dr. Ewing on October 12th at 7pm at the Logan Center.

Dr. Eve L. Ewing is a Chicago-based sociologist of education. She is the award-winning author of four books, including a book for young readers Maya and the Robot; the poetry collection 1919, the nonfiction work Ghosts in the Schoolyard: Racism and School Closings on Chicago’s South Side, and her first book, the poetry collection Electric Arches, which was named one of the year’s best books by NPR and the Chicago Tribune. She is the co-author (with Nate Marshall) of the play No Blue Memories: The Life of Gwendolyn Brooks. She also wrote the Ironheart series and the Champions series for Marvel Comics. Ewing is an assistant professor at the University of Chicago School of Social Service Administration.

Sasha-Ann is the host of Reset.

She began her career as a journalist in television news 15 years ago and made the leap to public radio in 2015 at WXXI News, the NPR member station in Rochester, N.Y. While there, Sasha-Ann earned numerous awards. She was also a contributing reporter for PBS NewsHour.

Sasha-Ann joins us from Washington’s WAMU where she was a program host, regularly behind the mic on 1A, WAMU’s Morning Edition and All Things Considered, and the station’s local midday talk show, The Kojo Nnamdi Show. She was also a national reporter, focused on issues of race, identity and economic mobility. Sasha-Ann often brought that lens to the conversation when she served as an emcee or moderator at various events and panel discussions in the nation’s capital. In 2019, she earned a regional Edward R. Murrow award for her work, and in 2020, she won both a Dateline award from the Society of Professional Journalists and a Radio Feature award from the National Association of Black Journalists.

Sasha-Ann is a native of Kingston, Jamaica. She grew up in Toronto, where she studied journalism at Ryerson University. She obtained a master’s degree in television and film production from American University. When Sasha-Ann’s not on the air, she enjoys spending time with her family and exploring the many amazing restaurants across the city.