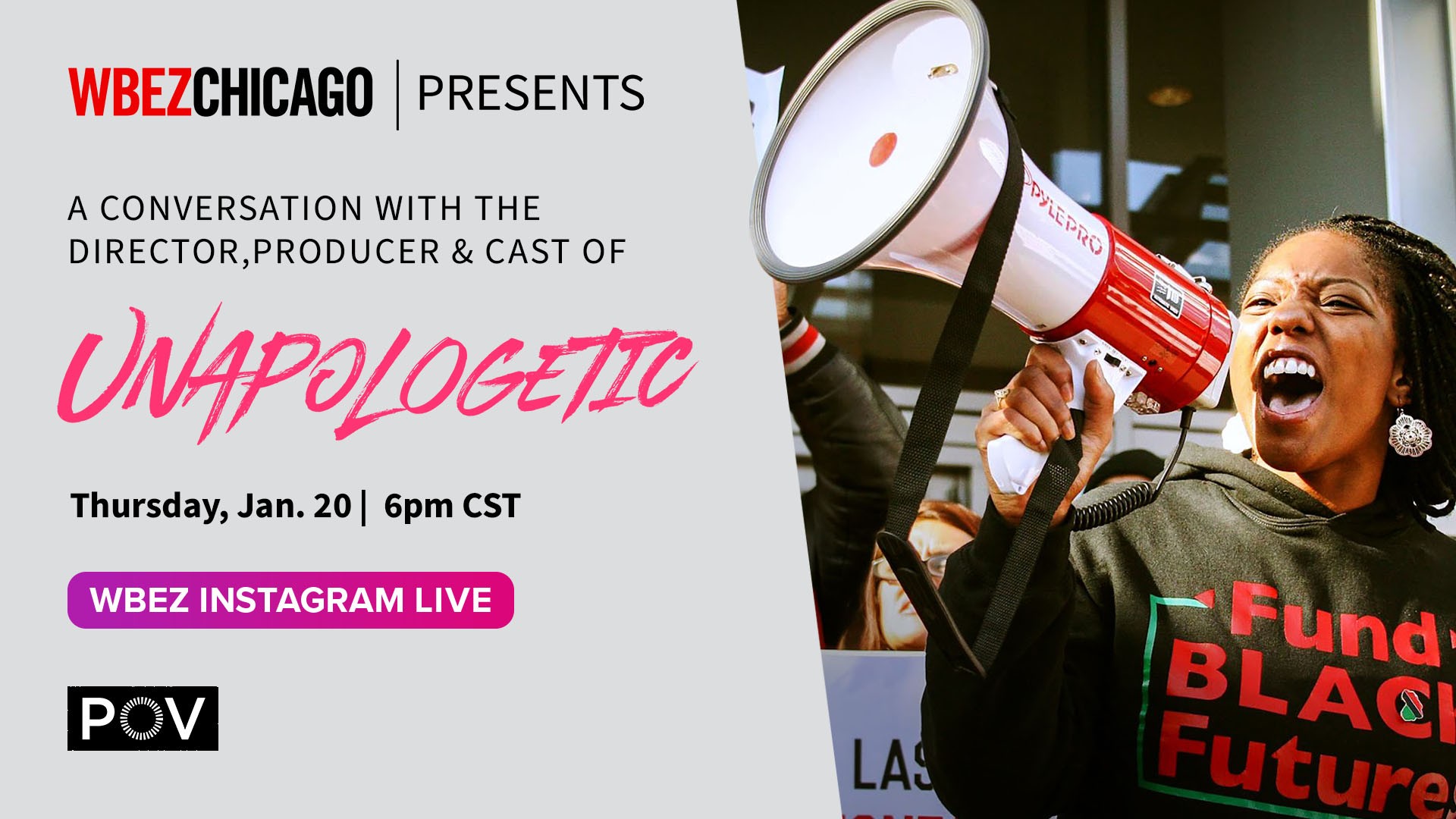 Join WBEZ Chicago for a conversation with the creators of Unapologetic, a documentary that offers a look into the Black liberation movement and the work of Chicago-based abolitionists Janaé and Bella in the aftermath of the murder of Rekia Boyd. Unapologetic was selected as one of 14 PBS POV documentaries for its 34th season and joins a slate of films that reaffirm public media’s vital role as a platform for the people and in sparking national dialogue.

Filmmakers Ashley O’Shay and Morgan Elise Johnson, along with the film’s protagonists, will be joined by WBEZ’s Cianna Greaves to discuss the film’s themes of abolition, courage, community and leadership, and the social justice movement transforming Chicago today. Unapologetic is available to stream on all PBS platforms.

POV (a cinema term for “point of view”) is television’s longest-running showcase for independent nonfiction films. POV premieres 14-16 of the best, boldest and most innovative programs every year on PBS. Since 1988, POV has presented over 500 films to public television audiences across the country. POV films are known for their intimacy, their unforgettable storytelling and their timeliness, putting a human face on contemporary social issues.