Writer Joe Swanberg and actor Jake Johnson, who teamed up for the movie Drinking Buddies and Netflix series Easy, joined up again for their latest film, Win It All.

The new film is about a gambling addict who is given the ultimate temptation — a bag of money.

Swanberg, who went to high school in Naperville, and Johnson, who grew up in Evanston, joined Morning Shift’s Jenn White to talk about how they work together, and what makes this film different from their past work.

On what viewers can expect

Jake Johnson: I loved growing up and watching the rambler-gambler, cool guys rolling into town, flipping coins in the air 1970s movies. But I just don’t have interest in playing those characters. We just wanted to show a regular person who gets into a situation bigger than his ability to get out of it. This is a movie about gambling, but it is not a gambling movie. A lot of gambling movies I see go after the Rat Pack vibe. But I used to work at the Hollywood Park Casino in Inglewood, California, and I’ve spent a lot of times in diff casinos on weekdays — the weekday gambling crowd does not have a Frank Sinatra feeling to it. It feels very real, and very grounded. I think what made Joe and I a special collaboration is that Joe isn’t into cards, so everything we had to do, he had to be entertained. So if I were making this movie on my own, it’d get really heavy on the ins and outs of playing but Joe was the audience.

On showing the nuances of addiction in Win It All

Johnson: Addiction is something I find very interesting. If you find somebody who was an addict, they’ll throw away their lives and they’re not bad people. And when you break it down and say, “how did you lose your family, your kids and screw up that job for cocaine.” And they may say they don’t know, something inside of them was making them do it. In terms of the character “Eddie,” I don’t think he was looking for trouble. The trouble with him was inside his head. 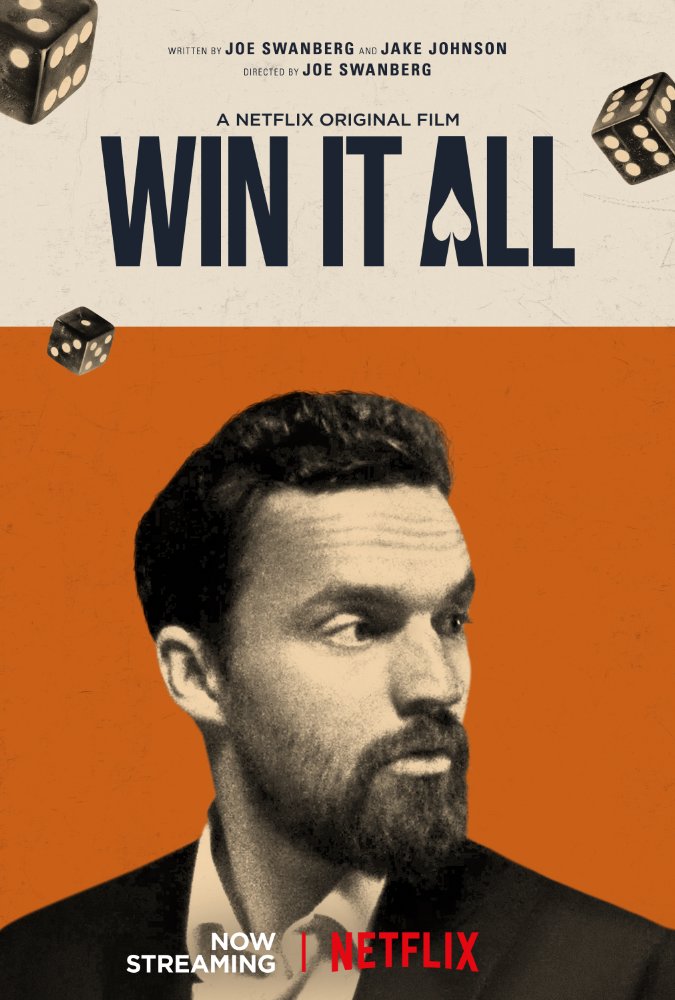 On filming in Chicago

Joe Swanberg: It’s a nice city to make movies in. It’s nice to shoot in Los Angeles and New York because there’s an infrastructure made to support the film industry, that’s happening in Chicago so it’s interesting to watch the city’s film scene develop. I’m really happy that my crew has work year-round now — that has not always been the case. But the thing I love about shooting here is that people aren’t jaded by the film industry. If you walk into a bar and say, “hey, I’m shooting a movie, can we turn the music off for a short while,” they may accommodate you while staying open for business. That’s not likely to happen in NYC or LA. I tried it. They were like, “that’ll be $3,000.” I also feel like people are really respectful here. I find we don’t get hassled if we’re out shooting on the street. There’s a sense in a city like Chicago where everybody works that, “oh yeah, those guys are at work, too. I should not walk up and ruin their shot.”

On making Chicago a character

Johnson: I believe Chicago isn’t only a character in these movies. I think it’s an important character because it makes the world real, and even though you know it’s a movie because of the music, hopefully you get lost in it.

This interview has been edited for clarity and conciseness. Click play above to listen to the entire interview.