﻿George Wellington “Cap” Streeter, one of the great rascals in Chicago history, has emerged as the obvious mascot of Streeterville  — the neighborhood that bears his name.

Just around the corner from a statue of Streeter, sits the latest homage to him: a new pizza restaurant, Streeterville Pizzeria & Tap at 355 E Ohio St., which officially opens Wednesday. It’s decorated with so many photos of Streeter that it's like a small shrine to the renegade.

"I like names that are about something, about where you are, and Cap Streeter is an iconic person,” restaurant partner Ryan See said. “He founded this neighborhood. The way he did it was a little weird; he was a little weird ... He was an oddball who told some tall tales and took advantage of an opportunity."

The man behind the neighborhood built the area out of a garbage pile and fought to keep it sovereign from the city for many years, though the details of the tale are hard to verify, Crain’s Chicago Business reporter Dennis Rodkin told Morning Shift. Rodkin joined the show with more details on Streeter and his namesake neighborhood. 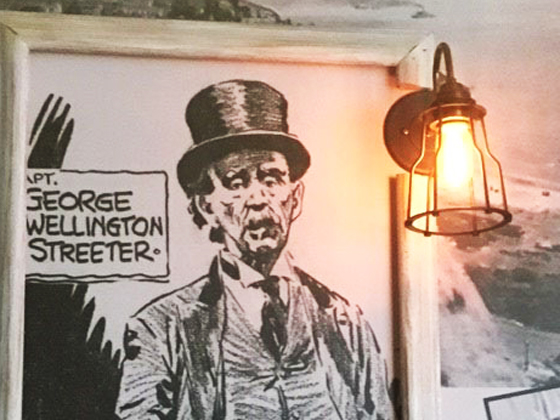 Streeter, a former Michigan lumberjack and circus owner, arrived in Chicago with his second wife in 1886. They bought a boat called the Reutan and planned to sail it to South America to run guns to rebels in Honduras. But they only got as far as the water off the end of Superior Street.

For years after, Streeter would claim the ship ran aground in a storm, but officials later proved there'd been no storm. Instead, Streeter appears to have gotten permission from a landowner, N.K. Fairbank, to tie up his boat temporarily, but instead decided to make it a permanent encampment.

The boat was docked where Northwestern University's Pritzker School of Law building now stands, though back then it was just a sandbar. Cap and Maria Streeter decided to claim the area between that sandbar and the shoreline for themselves. They turned it into a landfill and charged local building owners to dump trash there. The area eventually doubled into a 186 acre trash pile, which Streeter dubbed the District of Lake Michigan. 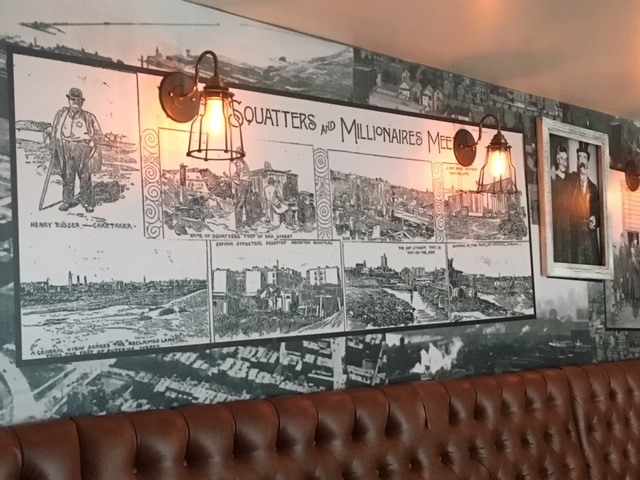 After multiple attempts to force Streeter from his “district,” he officially lost his case in court in 1918, and the city tore down his home. Streeter died of pneumonia on Jan. 22, 1921.