Barbara Kingsolver says she always starts her novels with a big question.

“And my question this time is: What in the heck?” she said on the latest Nerdette podcast.

Kingsolver’s new work of fiction is titled Unsheltered. It’s set both in the run up to the 2016 presidential election and in the aftermath of the American Civil War.

“When I look around, every kind of shelter that most of us have come to depend on seems to be failing,” she said. “I thought that would be interesting to contrast the behavior of the people of this moment with what they did at some earlier time when, likewise, it seemed to be the end of the world as they knew it.”

Kingsolver is the author of several award-winning books, including The Poisonwood Bible, The Lacuna, and Animal, Vegetable, Miracle: A Year of Food Life, which won her a James Beard Award.

She tells Nerdette’s Greta Johnsen about repeating mistakes from the past, why she's optimistic for the future, and what it's like to narrate the sex scenes when she records her own audiobooks.

Kingsolver: It’s really impossible to understand a crisis completely when you’re in the middle of it. The fish doesn’t know about the water. And people don’t really like it if you say, “Well, look how dumb we are.” Nobody wants to hear that.

However, if you look at the past, people are always all too happy to say, “Look at how dumb they were.” And if I could look at a moment in the past that’s particularly relevant to the times we’re in, well then I could just let people put two and two together.

‘A love letter to millennials’

Kingsolver: I really believe, with all my heart, that the people who are mostly in charge of this country right now, having formed their vision of the world in the 1950s and ‘60s mostly — when it was a whole different world, when it seemed that there was always going to be plenty of everything — they’re clueless. They really don’t — they really can’t, it’s not even their fault — they can’t know how to get us out of the fix we’re in. Today’s problems can’t be fixed by yesterday’s people. They’re going to be fixed by tomorrow’s people.

Kingsolver: The sex scenes. That’s kind of like — the director and the engineer are staring at you. And you just, like, try to go into character.

Greta Johnsen: That’s funny because I blushed even in my kitchen. Like, “Wow! Barbara!”

Kingsolver: I had to read that! With men watching me! You just try to get through it all in one take. 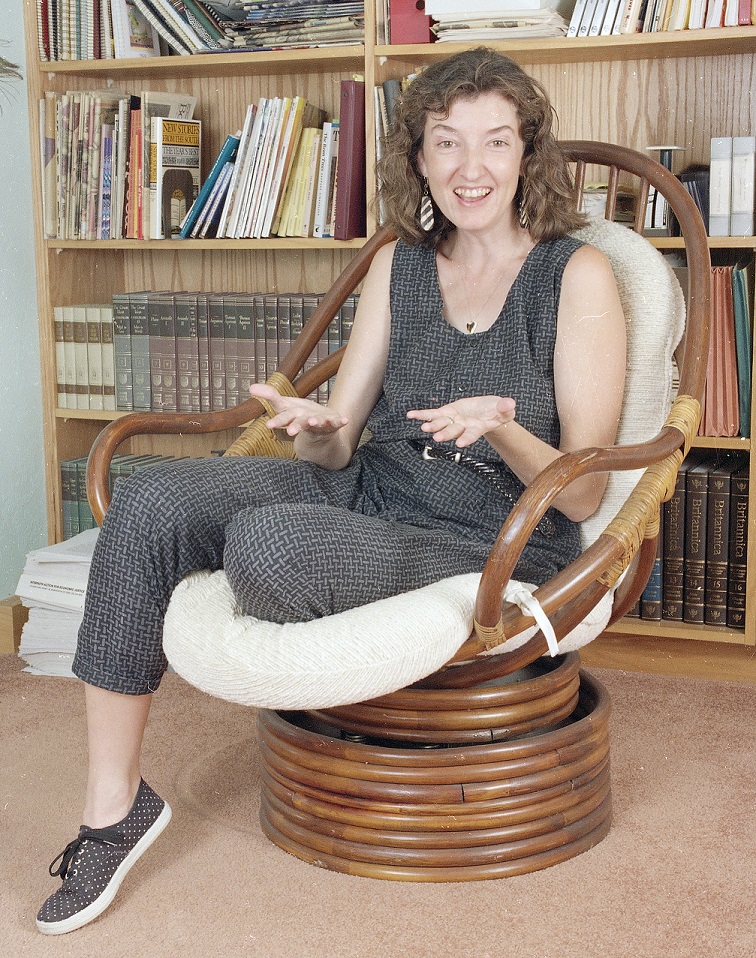