Poison gas is suspected of augmenting an aerial bombardment of a rebel-held town in Syria’s Idlib province Tuesday, with the Syrian Observatory for Human Rights saying at least 11 children were among the 58 people who died.

The attack was reportedly carried out in Khan Shaykhun, a town in northwest Syria that sits about halfway between Homs and Aleppo on the country’s main north-south highway.

NPR’s Alison Meuse reports for our Newscast unit from Beirut:

“The opposition-leaning Syrian Observatory says warplanes carried out a number of strikes in the northern town, but that victims died of suffocation. Opposition activists published videos of purported victims, including one showing nine lifeless children. The U.N. finds Syrian government forces have used toxic chemicals in at least three attacks since 2014.”

After the initial strikes early Tuesday, a hospital in Khan Shaykhun was also bombarded as it treated victims, according to Agence France-Presse.

“The entrance of the building was hit, bringing down rubble on top of medics who had earlier been seen dousing a steady stream of arrivals to wash away chemical residue,” AFP reports. 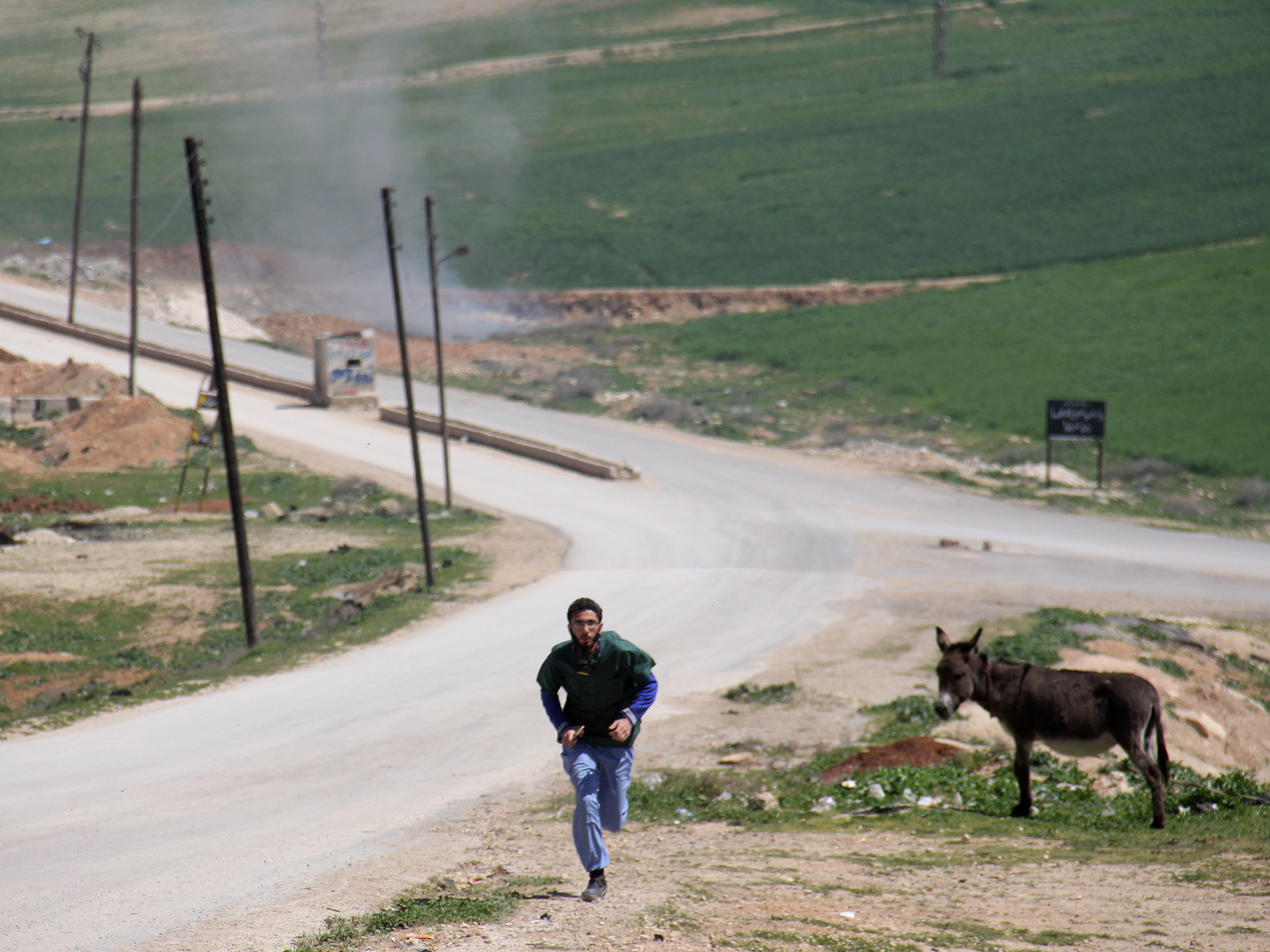 A U.N. spokesman said Secretary-General Antonio Guterres is “deeply disturbed by the reports.” And President Trump said in a statement:

“Today’s chemical attack in Syria against innocent people, including women and children, is reprehensible and cannot be ignored by the civilized world. These heinous actions by the Bashar al-Assad regime are a consequence of the past administration’s weakness and irresolution. President Obama said in 2012 that he would establish a “red line” against the use of chemical weapons and then did nothing. The United States stands with our allies across the globe to condemn this intolerable attack.”

NPR’s Scott Horsley notes that in 2013, Trump urged Obama not to bomb Syria but to focus instead on the U.S. domestic situation.

The Syrian Observatory’s report did not specify which government-allied force might have attacked the town. Russia’s defense ministry “strongly dismissed” any allegation that its warplanes had carried out air strikes on Khan Shaykhun, Russian state-run TASS media reports.

The European-based Organization for the Prohibition of Chemical Weapons has begun an inquiry into reports that chemical weapons were used, and it reiterated Tuesday that it “strongly condemns the use of chemical weapons by anyone, anywhere and under any circumstances.”

The allegations about toxic gas come months after Syria’s government was accused of using chlorine gas in its fight to retake the city of Aleppo. In that instance, dozens of civilians were affected.