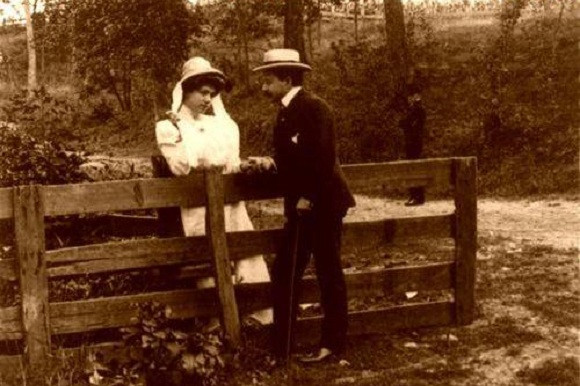 Customs change. Today we're getting in the Way-Back Machine and traveling to 1899.

In 1899 society expected the husband to be the sole breadwinner in a marriage. On this August 9th of that year, Chicagoans were talking about how much money a couple needed to begin married life.

The Tribune had asked the question, “Should men who earn small salaries be allowed to marry?” The paper surveyed clerks in some of the big State Street department stores. Both men and women were asked their opinions.

Most of the female clerks felt a man needed a certain minimum salary before getting married. The general consensus was at least $15 a week ($375 in 2012-dollars–for current values of 1899-dollars, multiply by 25). “A young man should wait until he is able to support a wife,” one woman said. “No salesgirl wants to keep selling after she’s married.” 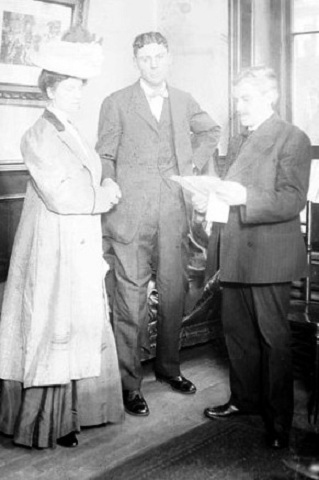 A Carson’s clerk was willing to make exceptions. She conceded that a man making only $9 a week might have “the possibilities of greatness” in him. In that case, the potential wife should overlook his current situation, trusting her instinct – and her heart. “[Why should she] discard him and his $9 if she loved him?” the Carson’s clerk asked.

The male clerks were also divided on the money question. Some said it was okay to get married on a low salary – if the woman was willing, why not? Other men weren’t so sure. A clerk at Marshall Field’s feared a couple on a tight budget couldn’t afford to live in the city. Then they might have to move to the suburbs!

Men who’d been married for a while were practical. One senior clerk declared it was “the duty” of the older men to discourage the young guys from marrying too soon. Many of these rookie husbands were starving their wives. “If he loves her, he should get a better job,” the senior clerk said.

One of these scholars was Mrs. A.P. Stevens of Hull House. She claimed that matrimony was being delayed because employers didn’t pay a living wage. “Every salesman or laborer has a right to be paid enough to support a wife and maintain a home to American standards,” said Stevens.