It was over. Fanny Brice was in Chicago, and she was divorcing Nicky Arnstein. The date was September 13, 1927 — 85 years ago today.

Brice was the beloved musical comedy star of Broadway’s Ziegfeld Follies. Arnstein was a charming, 6’6″ gambler and con man. The unlikely couple had married in 1918.

Then Nicky had gone to prison for a stock swindle. During the years her husband was a guest of the government, Fanny closed her shows singing a ballad about a woman who knows she loves a louse, but still won’t get rid of him. The song was titled “My Man.”

Things had gone bad after Nicky was released. Fanny became suspicious and had him followed when he made a trip to Chicago. The detective confirmed it — Nicky was having an affair.

So now Fanny was in the courtroom of Judge Otto Kerner, Sr. She said her marriage had started to fall apart when she got plastic surgery to straighten her nose. Nicky didn’t like the change.

Freudian pop-psychology was being used to explain everything in 1927. Fanny’s lawyer told the judge that Nicky had first become attracted to Fanny because she resembled his mother. After Fanny had her nose job, Nicky’s lost interest in her. Nicky had something called an Oedipus Complex.

Fanny was asked why she wanted a divorce now, after she had stood by her man all the years he was in prison. “I don’t like to talk about it much,” she said. “But I’m doing this for both of us. I’m really giving him a chance to come back.” 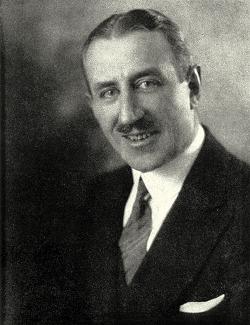 As for alimony, Fanny said she was earning enough money to support their two small children. The judge asked if she might have trouble getting future work. “Who can tell?” she laughed. “The fickle public!”

Nicky did not appear in court. After being served papers in a North Side restaurant, he issued a statement saying he would not contest the divorce. He still loved Fanny and would not stand in her way. Nicky then left town, for parts unknown.

Judge Kerner granted the divorce and the marriage was officially over.

Fanny Brice resumed her Broadway career and later became a successful radio comedian. She died in 1951. Nicky Arnstein outlived her by 14 years, and managed to stay out of further trouble.

Funny Girl, a 1964 musical based on the story of Fanny and Nicky, made 21-year-old Barbra Streisand an overnight star. It was later made into a movie.