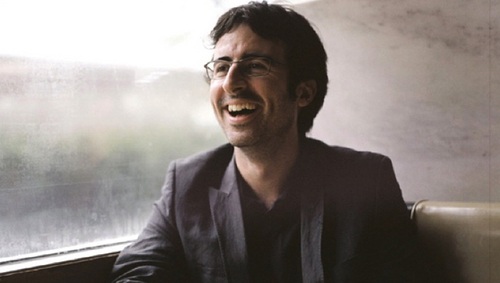 'THE DAILY SHOW WITH JON STEWART' ... WITH JOHN OLIVER. Jon Stewart's taking the summer off to direct a movie. His anchor-desk replacement? "Senior British Correspondent" John Oliver.
* Oliver's no stranger to hosting a comedy news show. Exhibit A: His weekly satiric podcast, The Bugle.

'GO ABOUT YOUR DAILY LIVES AS NORMAL.' Chicago's Streets and San chief gives the all-clear after only the 21st time since 1886 Chicago's seen more than 10 inches of snow in a single day.
* Chicago's bike lanes have their own snow-removal teams.
* Flow chart designed to help win any argument over climate change.
'BOY SCOUTS HAVE NO ONE FAMOUS TO PLAY AT THEIR JAMBOREE BECAUSE THEY KICK OUT GAY KIDS.' Dana Liebelson writes in Mother Jones: "This is the first year ... the Boy Scouts have been without any entertainment because of the ban."
* Carly Rae Jepsen's cancellation tweet:

As an artist who believes in equality for all people, I will not be participating in the Boy Scouts of America Jamboree this summer... — Carly Rae Jepsen (@carlyraejepsen) March 5, 2013

THE SEQUESTER'S WORKING FOR SOME OF US. Despite the gloom that's descended on the federal budget, the Dow closed yesterday a record high. Will it be remembered as "the day investors ignored the boy who cried wolf"?
* Reasons the Dow's rally may feel empty. 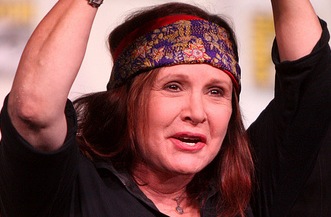 FACEBOOK OVERHAUL. A makeover to be announced tomorrow reportedly will include bigger photos -- and bigger ads.
* Study finds only about a third of your friends see typical Facebook post.
* Chicago cops warn of cell phone store robberies.

ANOTHER EXAMPLE OF WHY TEXT SHOULD BE TEXT. It would've prevented embarrassing designs like this one.
* Supermarket magazine cover-up: Guns OK, breasts not so much.
* A new kind of newspaper subscription: Pay for Sunday print Tribune and online membership, get a tablet as part of the deal.

THIS WILL LITERALLY GENERATE COMMENTS BELOW THIS BLOG POST. The informal definition of "literally" -- the one that means not literally -- is creeping into dictionaries.

ANNOUNCEMENTS.
* Soundtrack for creation of this post: Latest issue of The Bugle.
* Suggestions for this blog? Email anytime.
* Get this blog by email, free. Sign up here.
* Follow us on Twitter: @WBEZ and @Meyerson.
* Looking for the most recent WBEZ Meyerson News Quiz? Here you go.