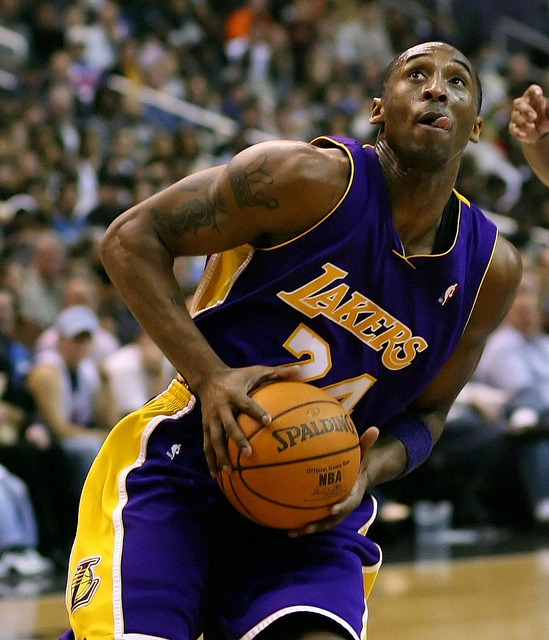 Chicago Bulls fans were understandably saddened when Derek Rose tore his ACL and the Bulls lost their chance at winning the NBA finals this year. "This was our guy; this was our year. This felt like a death," wrote WBEZ's Katie O'Brien.

So for Bulls fans, having to watch the Los Angeles Lakers make progress in the playoffs has been particularly painful. Just ask comedian Lil Rel, who remains a Bulls fan with very strong feelings about the Lakers.

"Ron Artest is an example of a crazy black person. All of us have a relative that's a Ron Artest," Lil Rel joked at The Paper Machete. (An example of Artest's "crazy" behavior? He legally changed his name to Metta World Peace in 2001.)

Read more of Lil Rel's thoughts on – arguably – the Chicago Bulls' greatest rival below, or listen above.

I was hurt when Derek Rose got hurt. I'm a real Bulls fan...I hate Chicago fans who are Lakers fans. That's really starting to really irritate me. Be a Bulls fan diehard, that's what it is. Kobe Bryant is a Michael Jordan clone and I don't care what nobody says, he could never be Mike, and I'll give you three reasons.

1. Kobe Bryant hasn't had a successful gym shoe yet. If they don't kill nobody over your shoe, you ain't sh** to me. Mike got murders on his shoe. That's messed up, but it's the truth.

2. When Mike got a divorce, he waited years later, he stacked his money up. Kobe cheated on his wife, she left him and she took all that money. And Mike, we don't even know what Mike gave his wife. I think they planned that, that's how dope he is. That's not a real fact, but hey, that's number two on my list.

3. Because he could never move as Michael Jordan. He tries to talk like Mike but he can't do it. Mike is the only person we never noticed it, but it's such a smooth, black man voice that you watch a Michael Jordan interview and he says, 'You know, you gotta do what you gotta do." You don't even know what he's saying! Which is perfect.