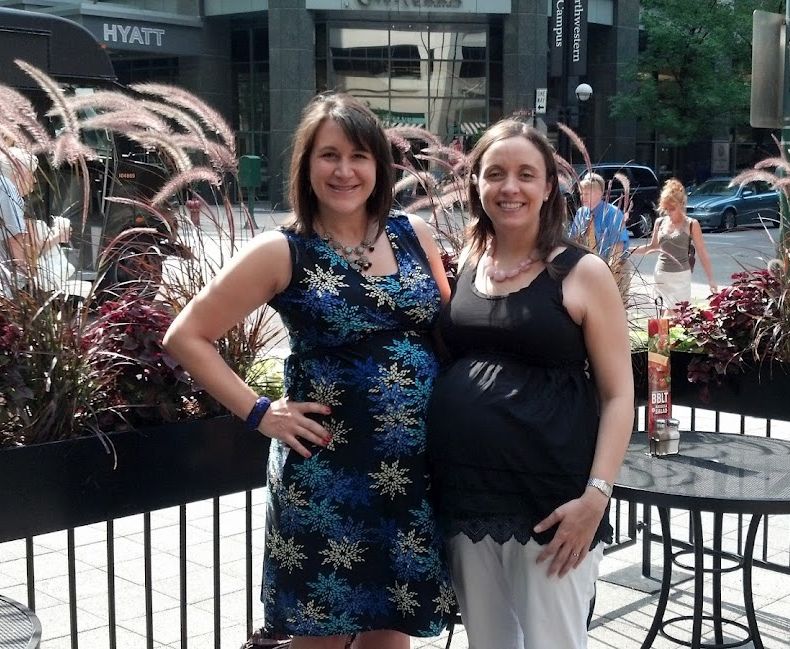 Congratulations! You’re an idiot like me who either figured you probably wouldn’t get pregnant anytime near your first few tries or just didn’t do the math. Now you are (or will be) large and in charge during one of the hottest summers on record. Here are some things I’ve found help you feel a bit more like yourself while you’re glowing your butt off. Warning: there is a complete abandonment of feminine mystique below.

Bra extenders. I LOVE these things. I’m a bit of a snob when it comes to bras and don’t like to rely upon cheap stuff that I fitted myself. The problem was, even after I went to Intimacy around my fourth month and got some new bras, I kept growing a bit, but I didn’t want to drop another hundred bucks or two on some new intimate wear. Meanwhile, my carpal tunnel made it harder to put on my bras than ever. Then I found these babies, which both make my bras easier to wear and also simpler to put on.

Maternity Spanx. Hear me out. First, if you’ve gained weight, your thighs have probably gotten a bit bigger and a symptom of big thighs plus summer skirt-wearing equals thigh chafing. A handy solution for this are Maternity Spanx, which keeps everything flowing smoothly and actually provide some nice support for your belly/back. 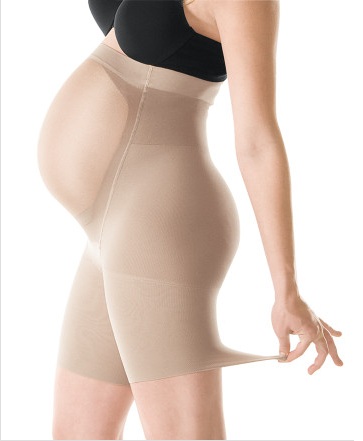 Sandals you don’t hate that you can put on without bending over. After a certain point you won’t want to deal with laces, buckles, zippers or anything that involves leaning over or even looking at your feet. I lusted after these slides for many years and decided pregnancy was a fantastic time to indulge. I love them, although a month or so ago I realized that if it’s super hot and my feet are super fat and I’m trying to walk for exercise during the day, leather sandals without a ton of give aren’t my best bet, so I moved onto these Reefs. Normally I try to avoid relying upon flip-flops as everyday footwear but I am not normal right now. Also, these have a little bit of sparkle on them so they are "fancy." I wore them to a wedding recently with no shame.

A small jar of Vaseline. For if your sandals are chafing or if it’s too hot for your maternity Spanx but you need something to keep your thighs moving. Just be careful not to get it on your clothes.

This foot washer thingie. I actually don’t own this and I used to mock it in my pre-pregnancy days as a sad invention for sad people who are incapable of washing their own feet. But after flip-flopping around the dirty streets of Chicago day in and day out, if somebody had bought me this as a “joke,” I would “jokingly” use it each and every day.

Regular(ish) pedicures. See above. It’ll just make you feel better. Don’t be shy about encouraging the technicians to really go for it in terms of the foot massage.

Maternity shorts. I don’t typically wear shorts during the summer months but for casual days, your thighs might like a break. Old Navy maternity jean shorts (or as I like to call them, “m-jorts”) worked for me. 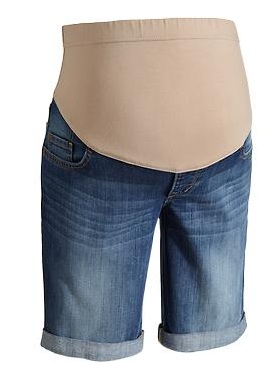 Nice maternity clothes: Just because you’re gigantic, hot and sweaty doesn’t mean you shouldn’t look and feel good about yourself. I relied upon Old Navy and hand me downs until my mom took me shopping for some fancier gear and it made all the difference. Getting dressed in the morning was more fun once I had dresses and pants that were somewhat fashionable and actually fit me and would last awhile and I could even see myself wearing for a little while after baby is born. After an extremely frustrating experience shopping for maternity swimwear at a Pea in the Pod (re: swimsuits, the only advice I have for you is to go patient and to not go hungry), we shopped local and I was very happy with Kickin’ and Belly Dance.

A heavier hand on makeup and jewelry: Someone sent me this book, which is 98 percent useless since it advocates that giving up your high heels means giving up in general, which is just nonsense. However, one tip I learned was that since you have more flesh when you’re pregnant, it’s wise to go for larger accessories. I’ve gotten a lot of compliments on the big chunky turquoise, wooden and flashy plastic necklaces I’ve worn this summer. That, plus taking a little bit of time to put on some makeup apparently gives the impression that I Haven’t Given Up Entirely, which earns you lots of compliments as a pregnant lady. I know I should say something here about how looks aren’t important when you are creating a life within!!! But I don’t care, when it’s 100 degrees outside and I just want to lie down on the sidewalk (despite the fact that I’d probably never get up again), it makes me feel slightly better to think I look okay.

Flushable wipes: Switching gears wildly from the pretty to the not-so-pretty, just do yourself a favor and buy some. They’re a waste of money and probably not good for the environment but when you're in your third trimester, at the end of a long hot sweaty day they’re outrageously soothing and will make you feel like a human again as opposed to the filthy animal you felt yourself turning into.

Pregnant friends: Pregnant gals need to stick together, but not because childfree women will never understand the special spiritual journey we are embarking upon. It’s because being pregnant involves a lot of disgusting stuff and people who aren’t going through it probably — and rightfully — don’t want to hear every detail. It’s very helpful to have friends who won’t blink an eye if you check to make sure what’s going on with your boobs, butt, vagina, armpits and facial hair sounds normal. If they’re really good friends, they may even one-up you.