The recent popularity of Words With Friends means the chances of someone dusting off the old Scrabble board are higher than usual this holiday season. If you want to win, it helps to be familiar with some of the short, oddball words that can score some big points — the most-played word in the Scrabble dictionary, for example, is QI — but the Scrabble dictionary is full of surprising words, many of which are particularly familiar to Chicagoans. 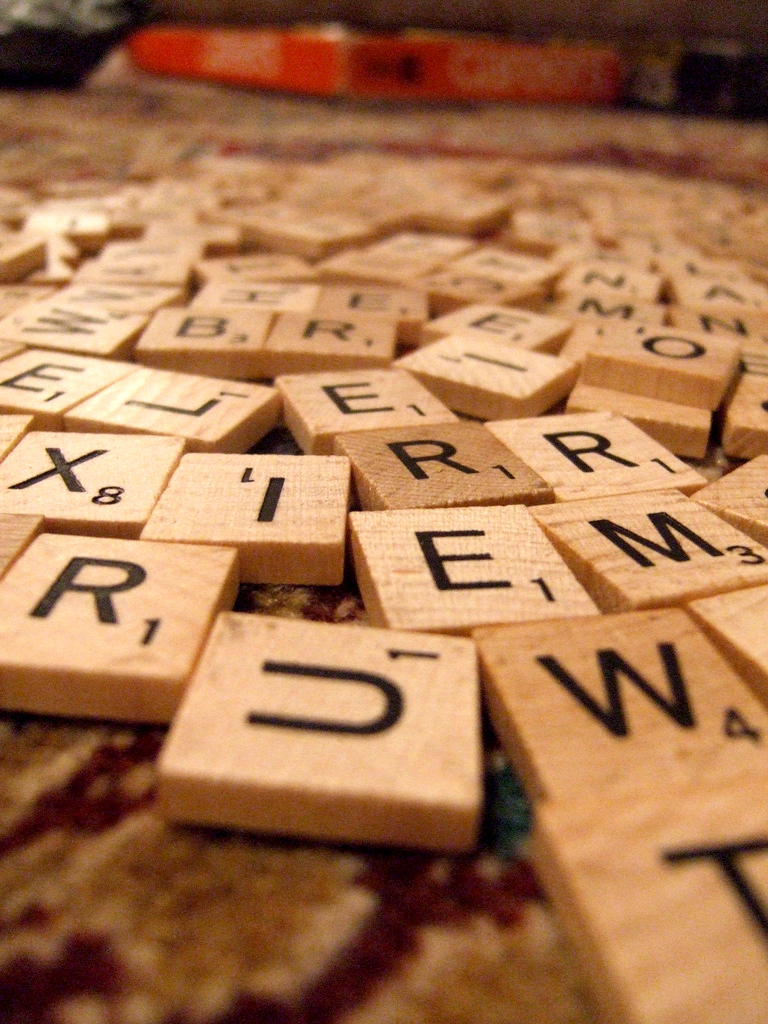 Proper nouns are not allowed in Scrabble, but many names associated with the Windy City are, in fact, playable, because they exist as common nouns or verbs. For instance, both the first and last name of longtime Chicago resident and Nobel Laureate Saul Bellow are playable, as SAUL is an alternate spelling of "soul" and BELLOW can mean a deep-voiced yell.

Another Chicago writer, Raymond Chandler, is playable as RAY (to emit narrow beams of light) CHANDLER (a dealer in household goods or shipping supplies). Dave isn't playable but EGGERS is (an egger is a type of moth).

Other hometown luminaries include FRANK (to mark a piece of mail for free delivery) WRIGHT (one who builds or creates), MARSHALL (an alternate spelling of marshal, meaning to organize) FIELD (to play defense in a game as a fielder), and Mr. T, if one spells it MISTER TEE or TEA. (JIBBER and JABBER are both playable, too.)

Chi-town sports fans can make Scrabble plays from many of their favorite players. There's MIKE (to use a microphone) JORDAN (a chamber pot – see Shakespeare's Henry IV: "Why, they will allow us ne'er a jordan, and then we leak in your chimney"), WILL (to intend or cause to happen) PERRY (an alcoholic drink derived from pears), JAY (a bird of the crow family) CUTLER (a dealer of cutlery), and DERRICK (to hoist with a kind of crane) ROSE (the past tense of rise).

Blackhawks is not playable but BOBBY (a British cop) HULL (to separate a seed from its shell) scores points. MARK (to physically designate) GRACE (to honor with one's presence) can play Scrabble as well as baseball for the CUBBIES (plural of cubby, a cubbyhole), and NELLIE (offensively, an effeminate man) FOX (to outsmart) can turn double plays on the infield and the game board for the White SOX (an alternate plural of sock).

Even Chicago’s most famous living son is playable, sort of, if you break down his name: While Barack is not a word, BARRACK means to shout boisterously, an OBA is a West African chief and MA means mother.

WBEZ can only be played on the radio, but a handful of Scrabble words can be played that start with BEZ, including the card game BEZIQUE. MUZJIKS (historically a type of Russian peasant but now also roughly slang for “dude”) can score 126 points on an opening move; BEZIQUE is the second highest possible opening move in Scrabble at 124 points. If you happen to ever play it, we hope you’ll remember this post and make a pledge.

So there you have it: a few words that just might come in handy next time you’re playing Scrabble, whether you play on the board at home or via your phone on the “L.” [Editor’s note: “L” won’t get you points in Scrabble, but EL will.]

Have any other good Chicago-themed Scrabble words you’d like to share? Add to this list by posting in the comments section below. And, if you're still hungry for Scrabble, there's always our U2 parody, "With or Without U."

David Bukszpan is the author of Is That A Word? From AA To ZZZ: The Weird and Wonderful Language of Scrabble. He blogs at Is That a Scrabble Word?