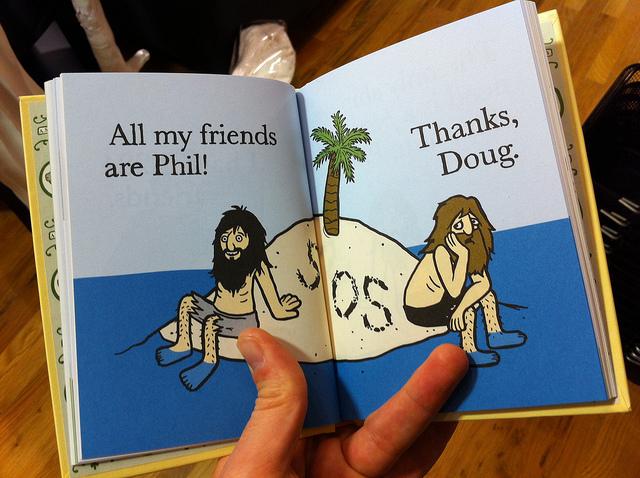 Avery Monsen is an actor, artist, and writer who lives in New York City. He performs frequently at the Upright Citizens Brigade Theater. You can follow him on Twitter at @averymonsen. Jory John is a writer, editor, and journalist who lives in the San Francisco Bay Area. You should follow him, too: @joryjohn. Together, they co-wrote All My Friends Are Dead, All My Friends Are Still Dead, I Feel Relatively Neutral About New York, Pirate's Log: A Handbook For Aspiring Swashbucklers, and the upcoming K is for Knifeball. In their spare time, they make t-shirts at bigstonehead.net.