Chicago has witnessed many championship boxing matches. Fifty years ago today, there was one the city tries to forget. 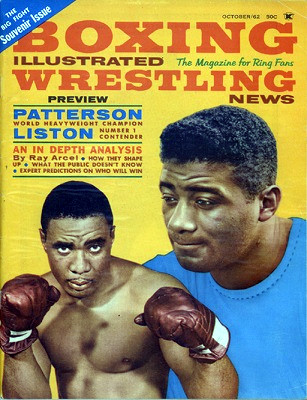 In 1956, at age 21, Floyd Patterson became the youngest-ever heavyweight champion. He lost the title in 1959, then won it back the next year – and became the first heavyweight to regain the championship after losing it. Here was a boxer for the history books.

Patterson was gentlemanly and well-liked. But his ring skills were often questioned. There weren’t many good heavyweight fighters during this period. And looming over Patterson was the imposing shadow of Sonny Liston.

If Patterson was a gentleman, Liston was a thug – a very tough thug. By 1962 Liston had knocked out a string of opponents. He had also served two hitches in prison for robbery and parole violation. Boxing insiders whispered that Liston was controlled by the mob.

Liston accused Patterson of being afraid to fight him. Early in 1962, the champion agreed to face the challenger in New York City. Then the New York State Athletic Commission refused to give Liston a license, because of his criminal record. The fight was moved to Comiskey Park in Chicago. 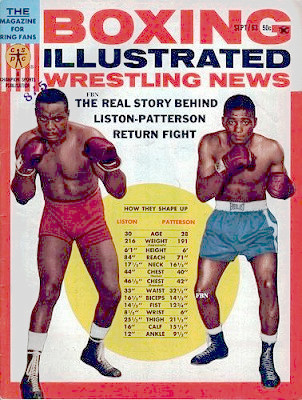 When the two men entered the ring on the evening of September 25, Liston was actually a 2-to-1 favorite. He had even predicted that he would knock out Patterson in five rounds. Spectators were still arriving when Liston caught Patterson with a left hook to the jaw, and dropped him at 2:06 of the first round. In less time than you’ve spent reading this post, the fight was over.

It was the most decisive championship bout since Joe Louis floored Max Schmelling in 1938. Boxing folklore claims that Patterson was so embarrassed that he left Chicago disguised in glasses and a fake beard. Which raises an interesting point–why would a boxer come into a fight with an escape disguise already prepared?

In the rematch the next year, Liston again demolished Patterson in the first round. But in 1964, Liston lost the title to Cassius Clay (Muhammad Ali). Sonny Liston continued boxing, with less and less success. He died in 1970, under questionable circumstances.

Floyd Patterson never regained the heavyweight championship. He died in 2006.