Altgeld Gardens is a Chicago Public Housing community at 130th Street — about as far south as you can get in the city. Barack Obama did some of his early community organizing work here, so the Gardens -- as it’s called -- has a special link to the president. WBEZ sent me and photographer Richard Cahan to Altgeld early on the morning after Obama first won the presidency. In 2008 we met Liquita Saulter as she entered her early morning shift at one of Altgeld’s Laundromats. She’s one of the people who could barely contain her joy and excitement. 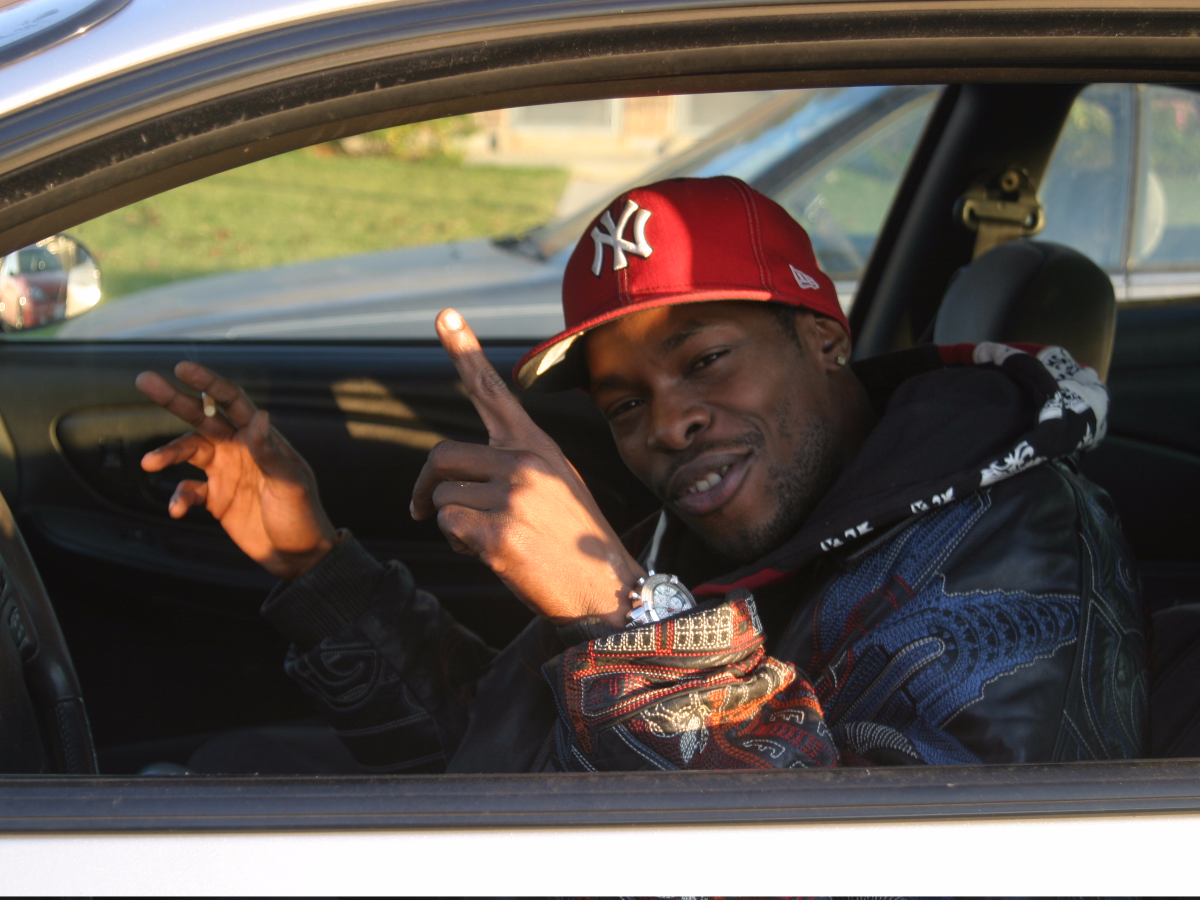 Artease Coley was another. He pulled up alongside us in his silver Monte Carlo. Coley was cruising the neighborhood, blasting Young Jeezy’s song “My President.” 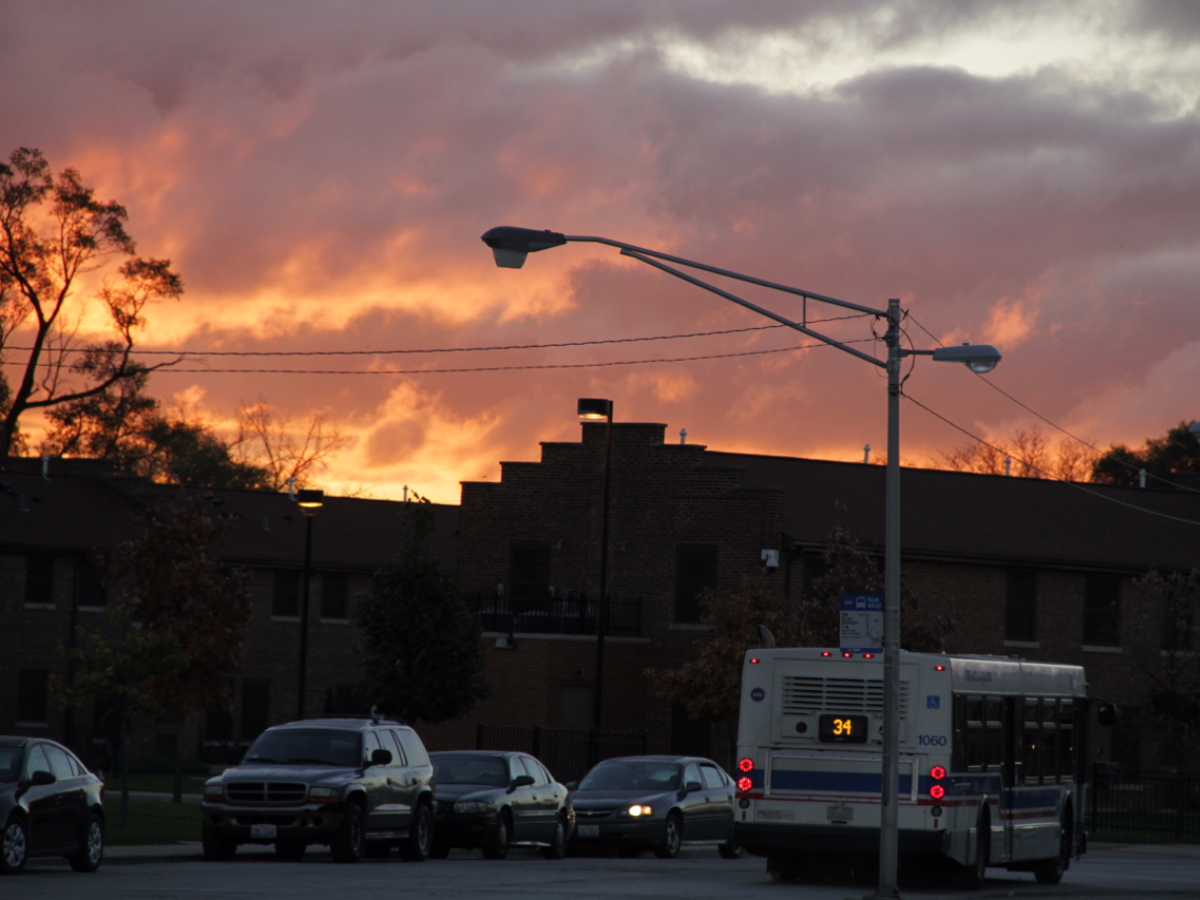 We went back eight years later, before dawn on the morning after Donald Trump was elected Obama’s successor. We wanted to hear reaction to the election--and expectations for the future. 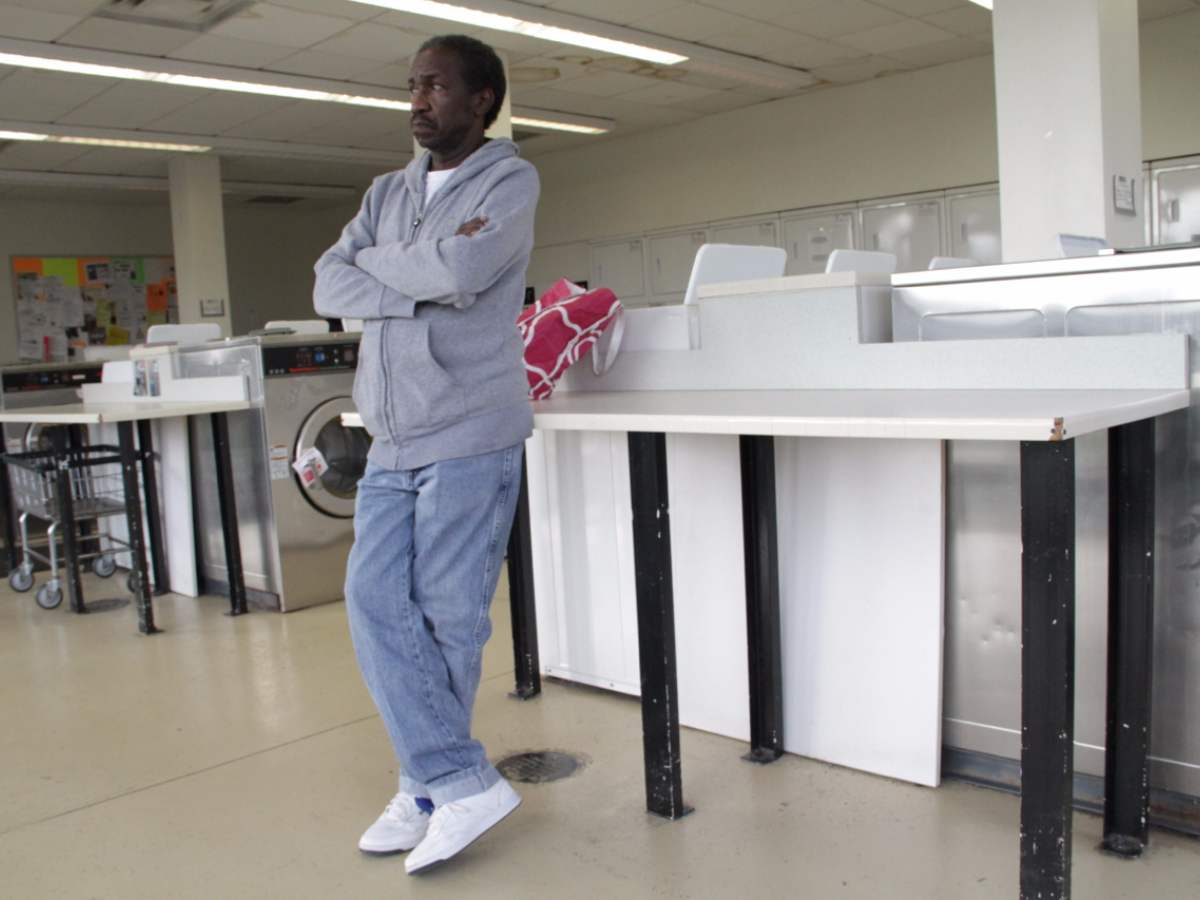 These days, Barry Belmont works at the very same laundromat where we first met Liquita Saulter back in 2008. His primary reaction to the election? Incredulity.

He advised Rich and me to buckle up for “the roller coaster ride called Donald Trump. The man couldn’t tell you the truth if he tried,” Belmont told us. And adds: “Donald Trump says what he needs to say to the group of people he’s speaking to.”

One of Belmont’s big worries? That Obamacare will be axed. We heard that from a lot of people at the Gardens. He also puzzled over how Trump can deal effectively with other world leaders.

“He thinks he can say anything and it’s okay,” Belmont said. “It’s not. Words hurt. Words stick with people longer than a bruise.” 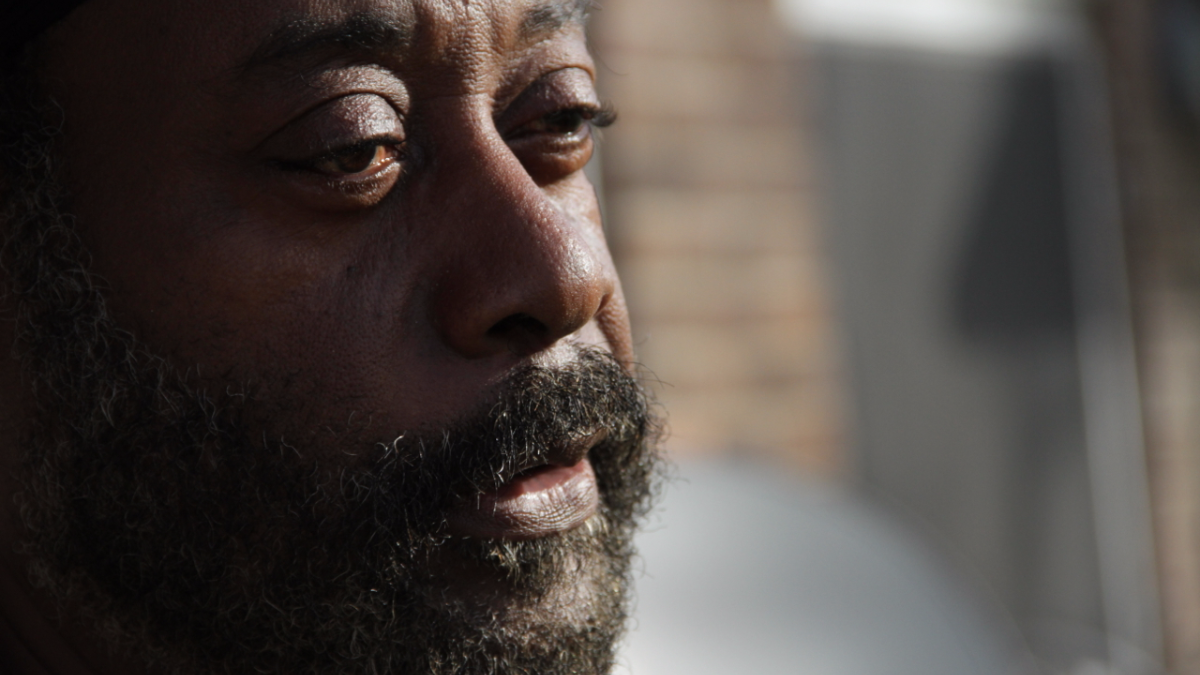 We’ve met Tyrone Nelson a number of times over the years. Back in 2008 he predicted that some things would change under Obama, but he warned “it won’t happen overnight.”

“They bring forth a lot of times in their elections is that people are too dependent on government. And you know? It’s a ring of truth to that.”

As for Obama’s legacy, Nelson said, “I mean as happy as we were to have a black president — you know Obama was the president of everyone. He was not just a president of black folks.” 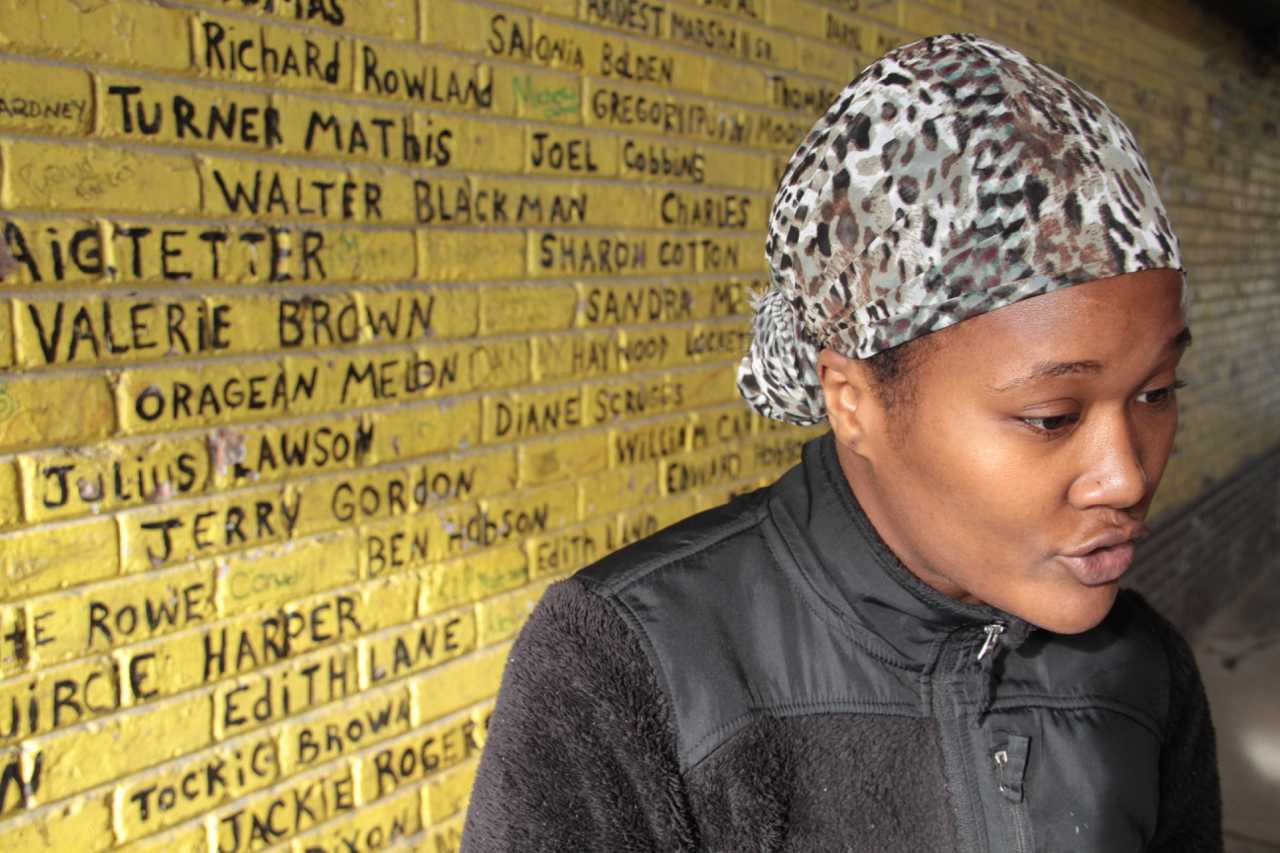 Altgeld Gardens is home to about 3,500 people, almost half of them under 17. More than nine out of 10 households are headed by women.

There’s a central location for this community, and everyone here calls it “Uptop.” It used to be a sort of mini-mall that included a barber shop, clothing store, poolroom and a grocery store. Those are long gone. When we bump into Altged resident Tracy Goodwin, she spontaneously offered an explanation for an unusual feature in this part of the Gardens.

She told us a brick wall that’s painted bright yellow with handwritten names is a memorial for all the Altgeld residents who have died.

Died from what? we asked.

“Usually violence, sadly,” Goodwin said. “Mostly that’s what the cousins whose names I have up there is from violence.” 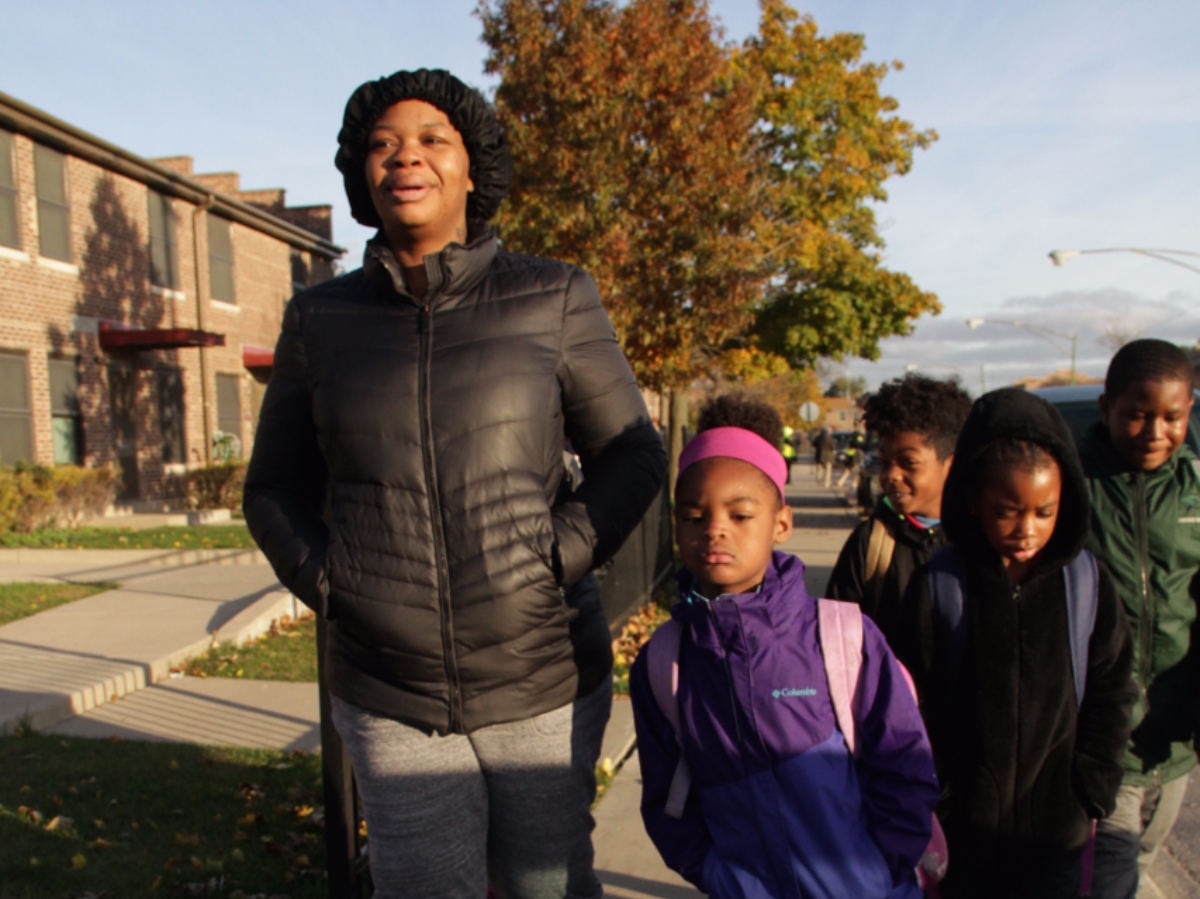 Ida Henderson was walking her five children to school for report card day. They trail behind her like obedient ducklings.

She said she thinks it’s too soon to judge the president-elect.

“I mean, I’m not against him, you know, but the fact of the matter is … let’s see what he can do,” she said. “That’s my whole take on it. It can’t all be bad. Everybody needs a chance. You know what I’m saying? That’s just how I feel.”

Henderson’s son Isaiah was fidgeting. He said he heard a rumor and he wanted to talk about it.

“My dad said nothing great would happen if Donald Trump became president. And it appears to me that that’s really true,” he said. “I heard rumors that Donald Trump would send us to Africa, and my friends started hearing that too!”

We heard that rumor from a couple of children at the Gardens and from an adult, too. 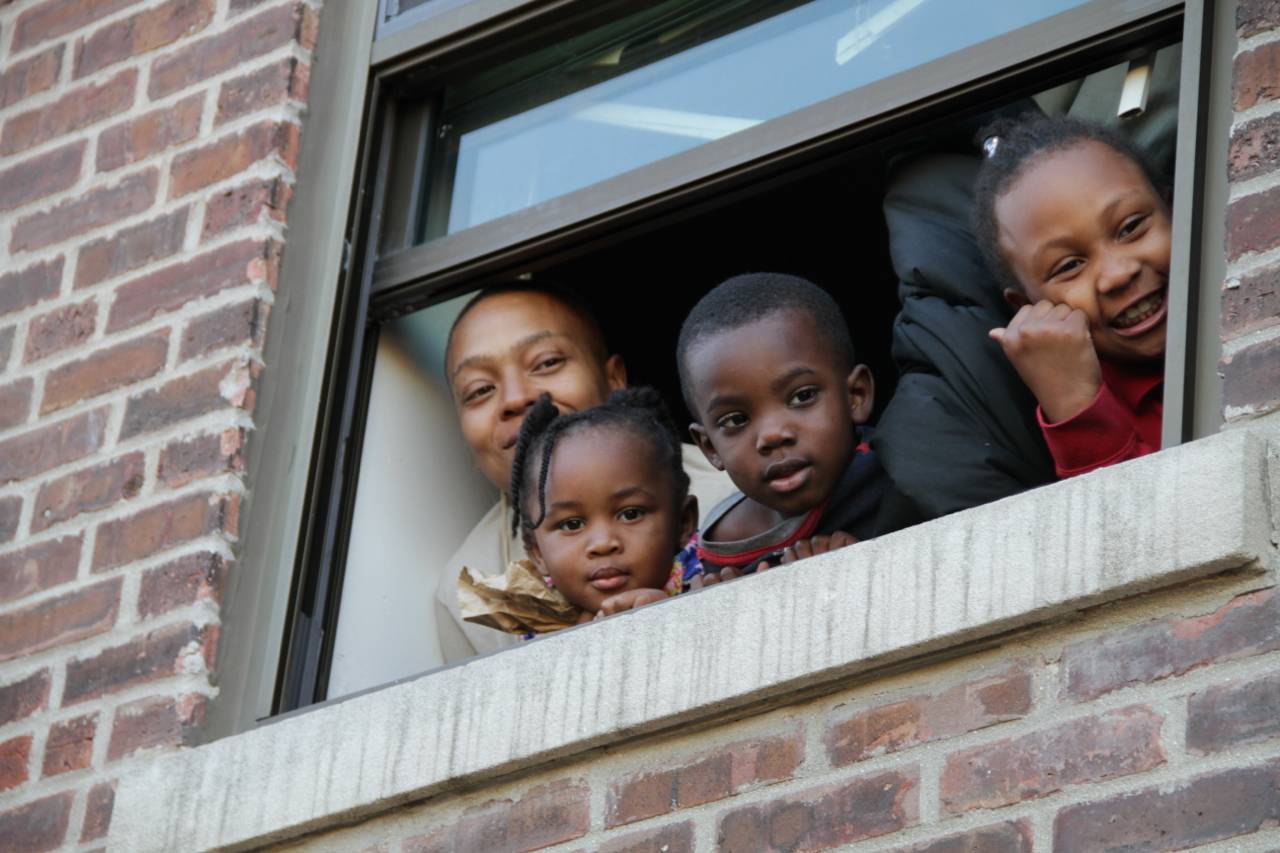 With a collection of friends and family watching from a second story window, 17-year old Cortez Campbell offers his analysis of Donald Trump’s personality.

An earlier version of this story misspelled the name of the laundromat attendant Linda and Richard spoke with her in 2008. As reflected in the article, her name is spelled Liquita Saulter.