A hospital performing a triple organ transplant — heart, liver, and kidney — on a single patient is rare.

Only 15 had been done in the country ever, according to the U.S. Department of Health and Human Services.

Performing two such transplants within 24 hours of each other had never been done until last month at University of Chicago Medicine. Doctors gave two patients the three-organ transplants last month.

One of the patients is Daru Smith, who has battled the rare autoimmune disease sarcoidosis for years, which affected his kidneys.

When Smith was fighting a cold recently and started having trouble breathing, the 29-year-old truck driver went to get checked out.

“Coughing, sneezing, nose running, chest pain. So I had decided I’m going to go to the hospital,” Smith said in an interview in his hospital room on Thursday. “That’s when they dropped the bomb on me.”

That bomb, Smith said, was learning that not just one but three of his organs were failing and failing fast.

“I came into the hospital. I never thought it was going to be like this," he said. "I knew they would admit me because I had poor heart function but I didn’t know it dropped all the way down to 15 percent."

Smith, who lives on Chicago’s South Side, was immediately placed on the national organ donor waiting list for a heart, kidney, and liver.

“It’s unusual to have somebody who has multiple organ failure,” said Dr. Yolanda Becker, a professor of surgery and director of the kidney and pancreas transplant program at UChicago Medicine.

“There are over 95,000 people waiting for a kidney transplant currently. There will be people who die on the list waiting for organs,” Becker said.

Smith said he knows people wait months and sometimes years for just one organ. But only weeks after checking into the hospital and just days before Christmas, he got word that he was getting a new heart, kidney, and liver. 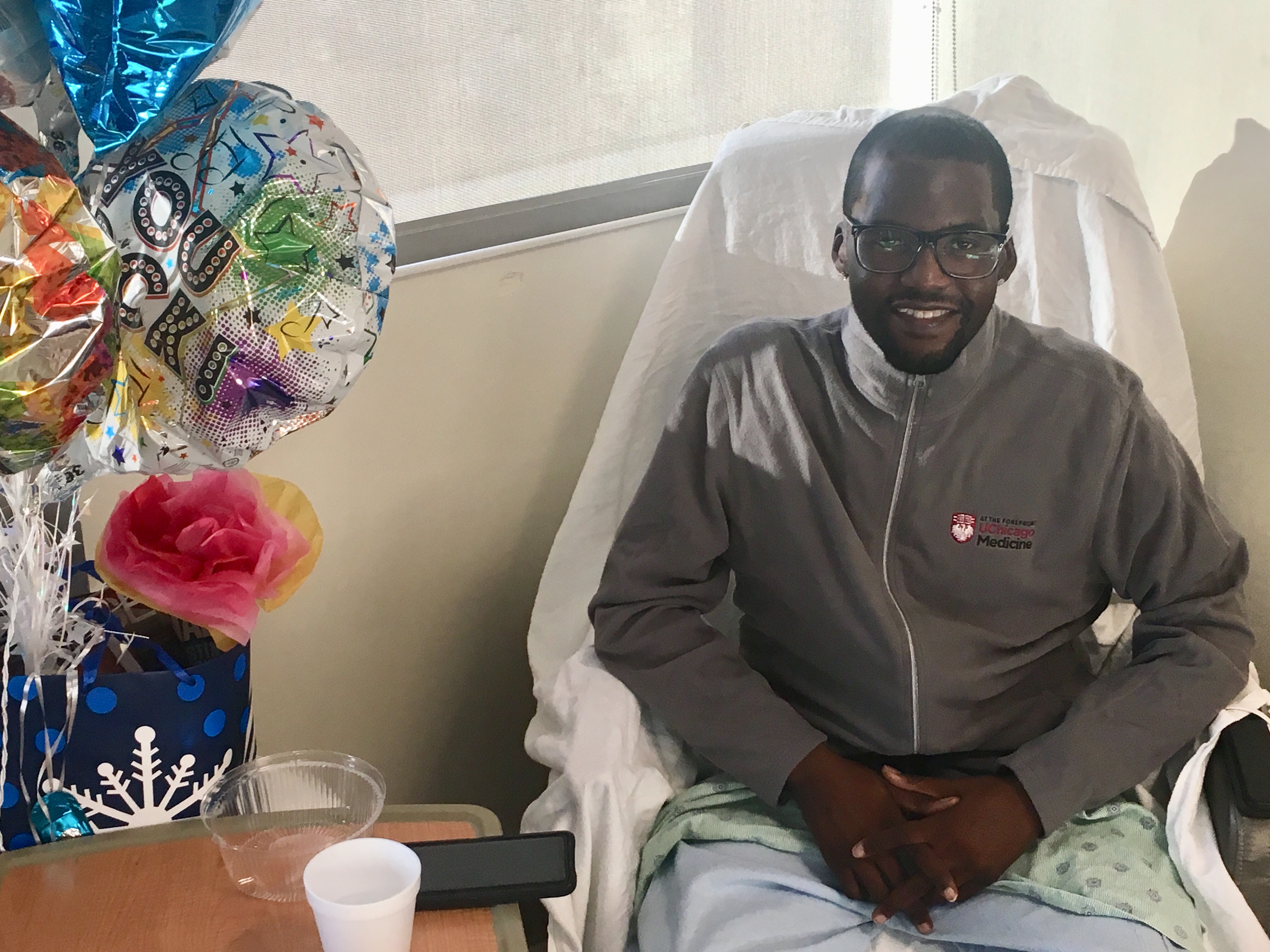 And not just for him, but for another 29-year-old patient named Sarah McPharlin. The hospital needed to save Smith and McPharlin, as well.

No other transplant hospital has ever done two triple transplant operations in one year, let alone twice within a day of each other, according to UChicago Medicine.

“It would have been great to do one and then rest the team for a week and do another one, but that’s not how transplants work,” said Dr. Valluvan Jeevanandam, a heart surgeon who did both triple transplants along with Becker. “[With] transplants you are completely beholden to the generosity of the donor, and when the organs are available, you have to go for it.”

Both transplants lasted up to 17 hours, and Smith and McPharlin are recovering well.

McPharlin, who lives in the Detroit area but is recovering in Chicago, declined to be interviewed.

The hospital took on McPharlin’s difficult condition when many other transplant programs turned her away.

“We don’t cherry pick our patients," Jeevanandam said. "We take on the most challenging patients, multiple-organ patients. Twenty-five percent of our patients come from other transplant centers who don’t feel they have capacity to transplant these patients.”

Smith said he’s developing a friendship with McPharlin and is pulling for her full recovery.

He said his young son is his motivation for his own comeback.

“He’s only 3 years old. I want to be there when he graduates kindergarten, and preschool, and eighth grade," Smith said. "I want to be able to see all of that and be a part of it. So I was determined to live. Whatever I had to do.”

Smith will need to stay at the hospital a few more weeks to recover.

He said he’s excited to see his favorite sports team, the Chicago Bears, playing in Sunday’s playoff game, and will be watching from his hospital bed.