We call it “the double threat.”

When the stars align, both the Chicago City Council and the Cook County Board meet on the same Wednesday for a two-pronged throwdown of local government action at 121 N. LaSalle St.

This month, Chicago aldermen will consider whether to dole out even more millions to settle police misconduct cases, and they may want to know whether you think marijuana should help pay for schools. On the other side of the building, the County Board is set to jump into a debate that could decide how the medical examiner investigates violent and suspicious deaths.

Here’s what to watch for on Wednesday.

The bill for police misconduct in Chicago is set to grow by nearly $6.5 million Wednesday. Chicago aldermen are scheduled to vote on four legal settlements, the largest of which is for $3.5 million. That payout would go to Patrick Hampton, who was convicted of assault and attempted rape at a concert in the early 1980s. The conviction was thrown out in 2001.

The smallest of the proposed settlements, for $150,000, is for a case involving Police Cmdr. Glenn Evans and three other cops. WBEZ has reported that the city has already paid out more than $600,000 in settlements and judgements involving Evans.

You know those random questions on your ballot?

Expect some more of them, but don’t get too excited.

These are nonbinding referenda aldermen must approve ahead of the November election, so your “yes” or “no” doesn’t change anything. Think of it as an Election Day public opinion poll.

Chicago voters may be asked whether they think money from legalized marijuana should help pay for public schools and mental health services. And whether the city should push for longtime homeowners to get property tax exemptions. And whether Chicago should ban plastic drinking straws.

(No joke: Rules Committee Chairman Michelle Harris couldn’t hold back her giggles when she read the straw question aloud in committee on Tuesday.)

Aldermen could take a final vote on the ballot questions Wednesday.

New affordable housing in Chicago … or not

On Wednesday, Mayor Rahm Emanuel’s office is set to introduce a flurry of new initiatives meant to remedy the problem.  Aldermen are also expected to greenlight a proposal aimed at homeowners in the rapidly gentrifying area near the 606 Bloomingdale Trail. The program would allocate $1 million to eligible homeowners seeking forgivable grants to renovate or repair their homes.

That’s because of a long-standing, unwritten City Council practice called “aldermanic prerogative,” which basically gives aldermen de facto veto power over development projects in their wards. Northwest Side Ald. Anthony Napolitano (41st Ward) wielded that power on Tuesday to block a proposed project that would have built 30 affordable apartments near O’Hare Airport.

Where the streets have no name?

Ald. Sophia King (4th Ward) and Ald. Brendan Reilly (42nd Ward) found themselves in a firestorm when their proposal to rename Balbo Drive after African-American journalist Ida B. Wells wasn’t given a hearing.

So forget Balbo: On Wednesday, the pair plans to introduce an ordinance to instead rename Congress Parkway in Wells’ honor.

“We wanted to separate the issue of Balbo, and whether that should be renamed or not, with honoring a great legacy that Ida B. Wells left us,” King said.

That means Balbo Drive, named after Italian fascist Italo Balbo, will keep its name for now. King said the fight over renaming Balbo is a “separate issue.”

Chicago gets a new alderman

Mayor Rahm Emanuel is taking a page out of the old Chicago playbook — appointing a new alderman to the 23rd Ward just eight months before the citywide election. State Rep. Silvana Tabares (D-Chicago) will replace Ald. Mike Zalewski, who retired last month. He represents the area around Midway Airport and served as the powerful chair of the City Council’s Aviation Committee. 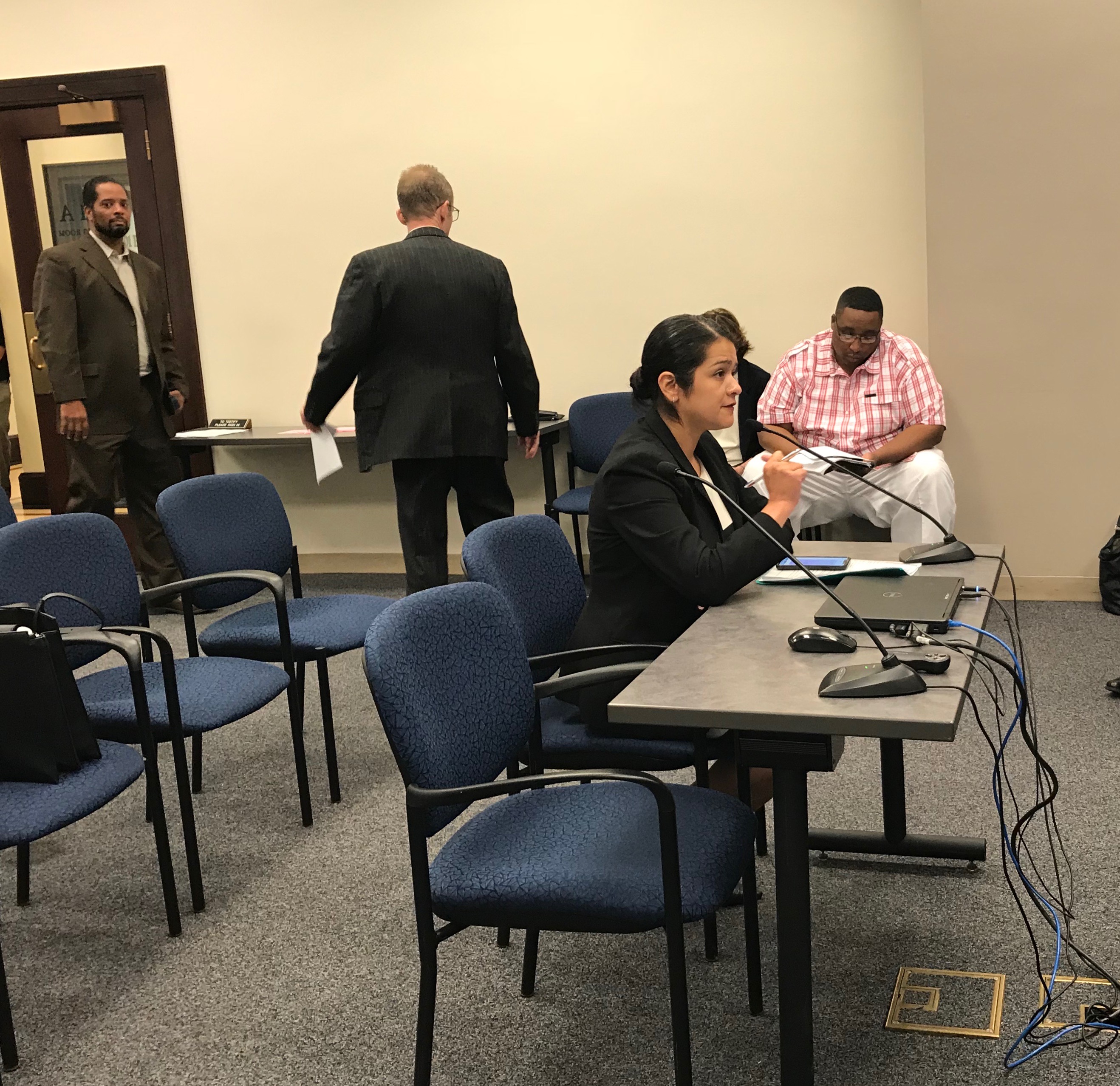 The County Board could vote to amend an existing ordinance that would allow Chief Medical Examiner Dr. Ponni Arunkumar to use “discretion” when deciding which cases require scene visits.

Now, there’s confusion about whether existing law requires the medical examiner’s office to visit the scenes of violent or suspicious deaths. Going to the scene is useful because the office’s investigators collect evidence that helps pathologists determine how people die.

Another proposed change calls for agencies that report deaths to the medical examiner’s office, including police and hospitals, to do so immediately.

The potential shifts follow a Chicago Sun-Times investigation that found the medical examiner’s office allegedly flouted the law, going to fewer than one in five death scenes between 2014 and 2017. Democratic Cook County Board President Toni Preckwinkle recently criticized the report, saying death scene visits have climbed under her watch and proposed changes strengthen the law.