﻿On a recent bright day, Chicago architect and interior designer Robert Kleinschmidt pointed out the fine details of the Mies van der Rohe-designed McCormick House at Elmhurst Art Museum. Kleinschmidt is curator of the museum’s current exhibition, McCormick House: 1952 – 1959. The architect and designer has recreated what the interior of the space would have looked like in the 1950s when it was first designed by the famous minimalist, modern master Mies van der Rohe.

McCormick House: 1952 – 1959 is at the Elmhurst Art Museum through January. Kleinschmidt will lead a tour of the exhibition on Saturday, Dec. 1.

The McCormick House has been part of the museum in the western suburb of Elmhurst since 1993. It’s part exhibition space, part permanent gallery of Mies van der Rohe’s design aesthetic. 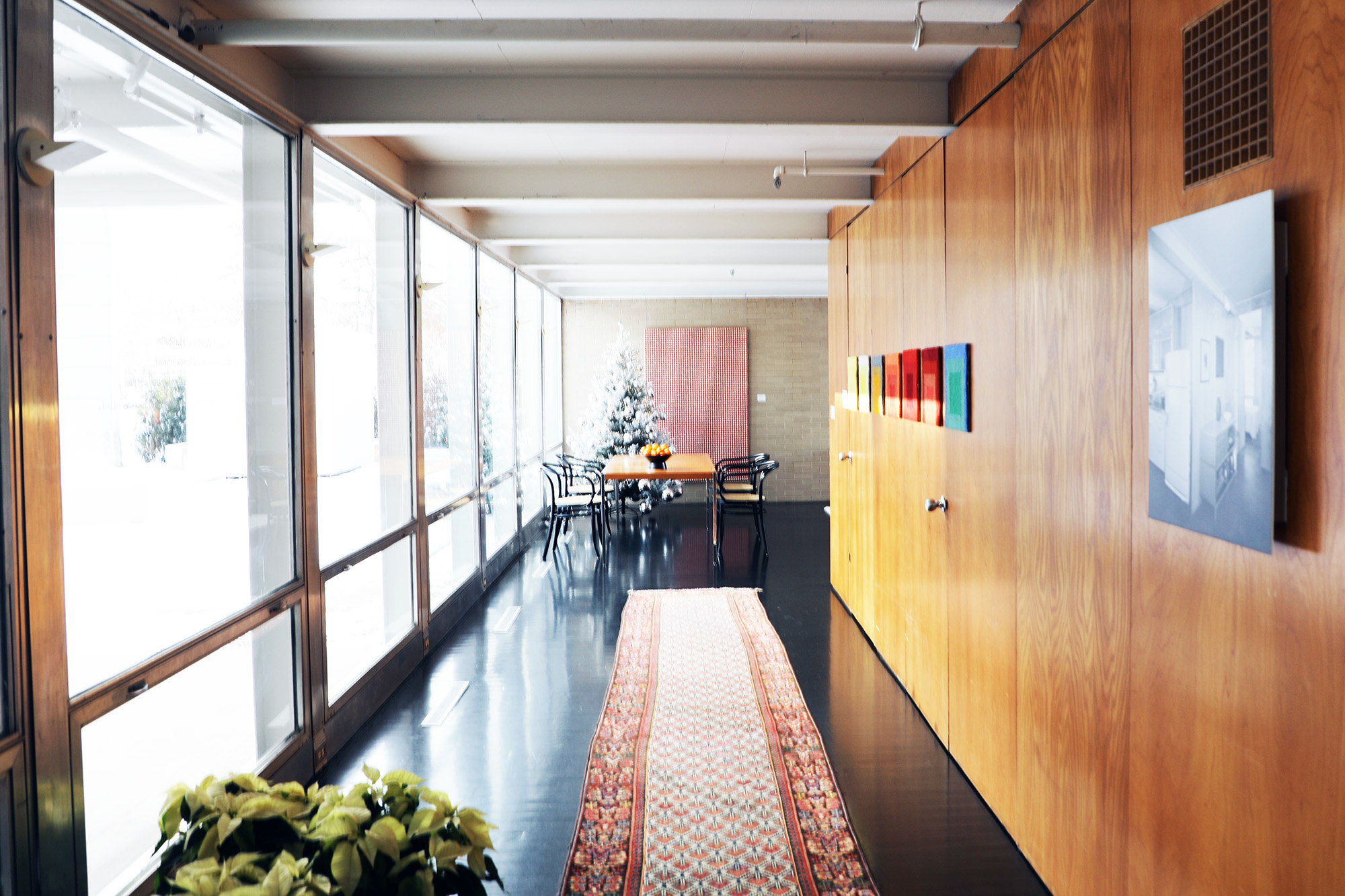 Mies van der Rohe designed the house in 1952 for a member of one of Chicago’s most prominent families, Robert Hall McCormick III, and his wife, Isabella Gardner. The single-family, one-story layout was meant to serve as a prototype for future homes in Chicago’s western suburbs — think prefab, modular homes. But there wasn’t enough interest from buyers to replicate the model. The McCormicks lived in their unique home until 1959.

The exhibition Kleinschmidt curated gives visitors a glimpse into the McCormick’s life during that time. Kleinschmidt said he used archival photos of the home, but the interiors are his interpretation, not an exact replica. He pointed to the rectangle glass dining table supported by steel bars and Mies van der Rohe-designed Barcelona chairs as examples of what he called the “cleanliness in the minimal sense of a modern interior in the early ‘50s.”

Kleinschmidt explained the living room and dining area in the exhibition are meant to break the stereotype that the designer’s sleek lines and wall-to-wall glass windows make the space uninviting. He pointed to the arrangement of the couch and chairs as an example of how there can be a coziness in the space.

“This is all meant to be a grouping that works in a way that extends sociability and is cordial and for people to have a cozy conversation,” Kleinschmidt said.

It’s placement with purpose: The coffee table is within reach of the sofa, and the chairs are close enough to the sofa so guests can converse. 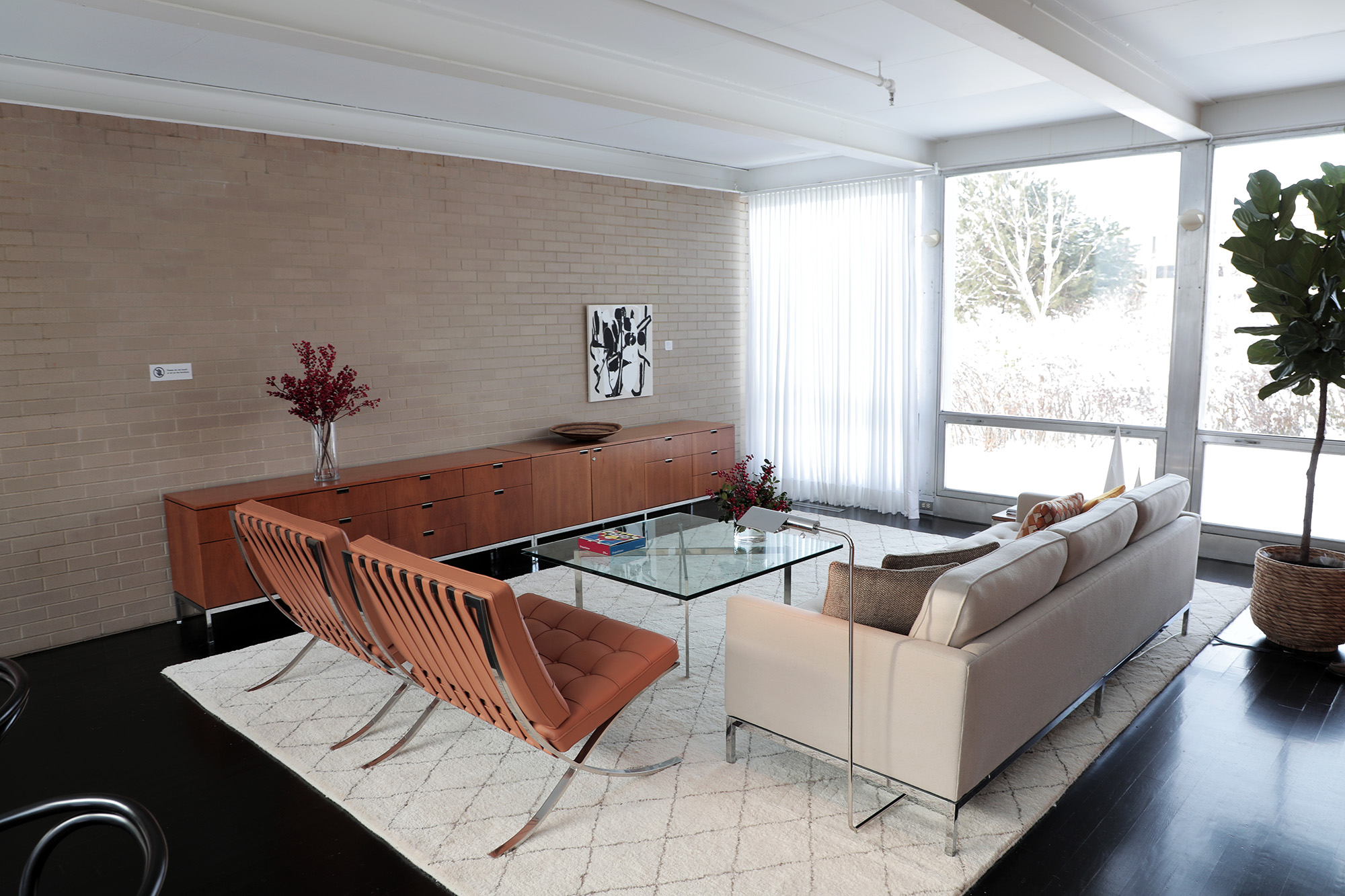 For the final months of the exhibition, Kleinschmidt added his take on a modern-designed holiday. Of course, none of the decorations are over the top. “They’re not goopy and they’re not excessive,” Kleinschmidt noted.

“The tree was very carefully thought out to work with the architecture of the house.” Kleinschmidt said, pointing out the frosted Christmas tree that sparkled with 1,000 LED lights but was not ostentatious. 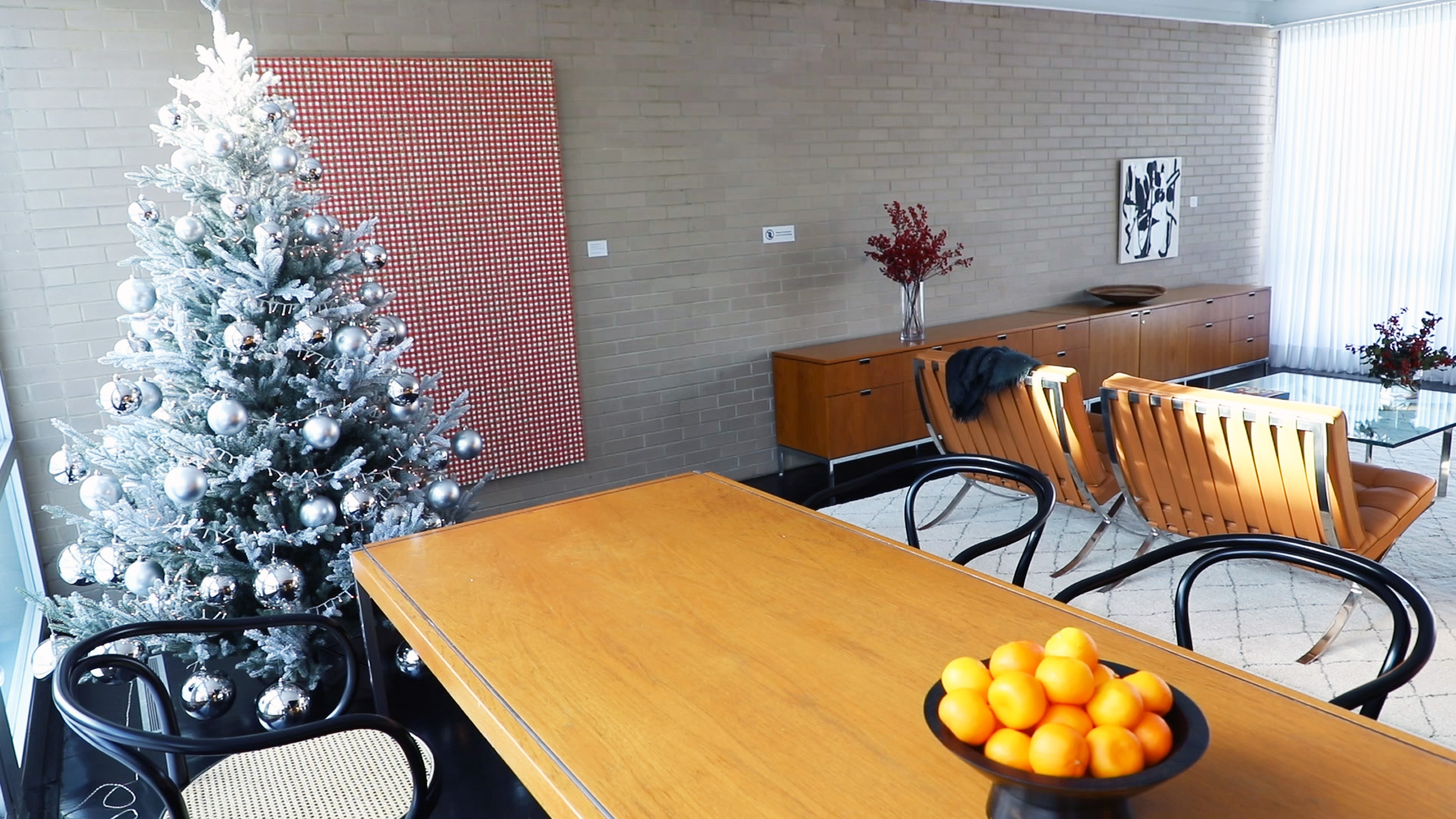 So, if you can’t live in a Mies van der Rohe-designed house, you may be able to get holiday home decor inspiration. 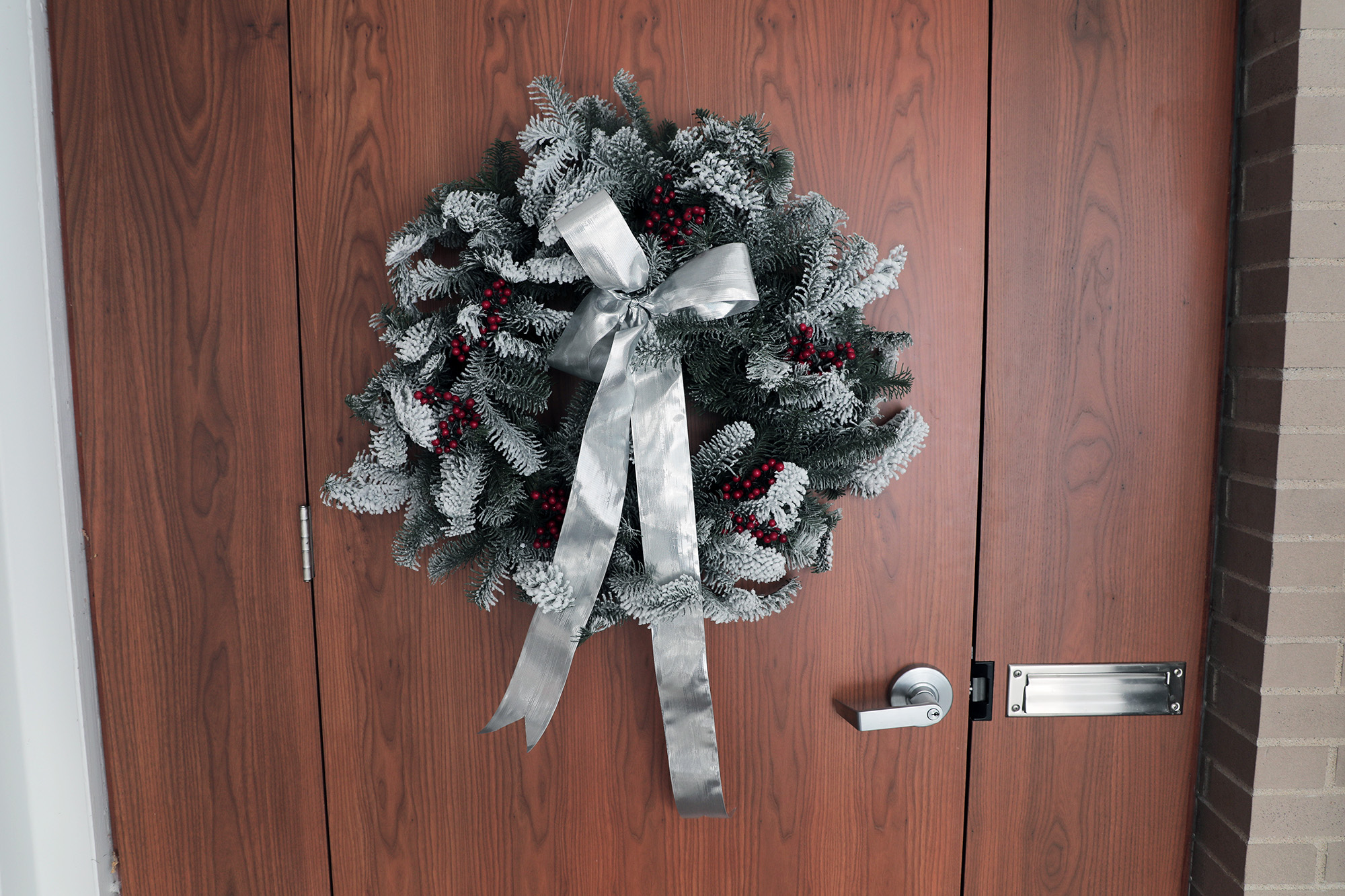