Hundreds of police officers, family, friends, and people from the community braved the snow and cold on Monday to lay Chicago Officer Samuel Jimenez to rest.

The young officer was remembered as a selfless family man by everyone who spoke at his funeral, held at the Chapel of St. Joseph at the Shrine of Our Lady of Guadalupe in suburban Des Plaines — not far from the Edison Park neighborhood where Jimenez lived.

Jimenez was 28 when he died. He left behind a wife and three children.

“He was … a loving husband, father, son, and friend. And lastly, a heck of a police officer,” said Jimenez’s friend, Officer Rafael Villegas. “When he spoke about his amazing wife, Crystal, just the sound of his mentioning her name spoke volumes. His eyes would light up anytime you asked about his lovely kids. His family was his driving force, no doubt about that.” 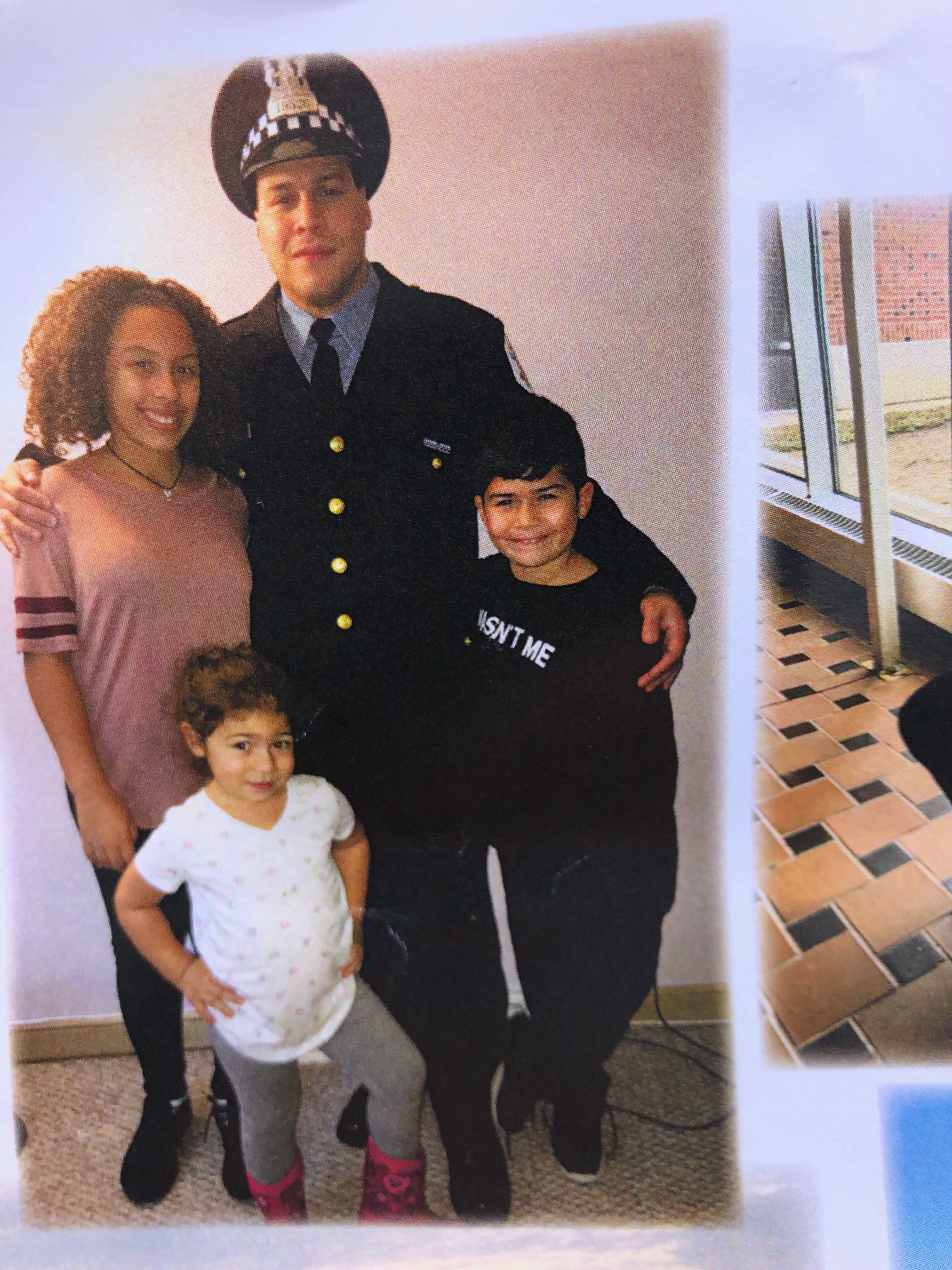 Villegas met Jimenez in February last year, when they were both at the Chicago police academy.

Villegas told the congregation that Jimenez’s “passion to serve others was one of his greatest qualities.”

“That’s why he took that oath. That oath that supported his values that he believed in. His selfless thoughts shown through his everyday life,” Villegas said.

Comdr. Marc Buslik was one of Jimenez’s former commanders. He said Jimenez joined the police force to help and to protect others.

“In this era of transformation in policing, Sam understood that we don’t want just warriors, we want guardians. And the cruel irony is that he lost his life being the warrior, trying to save other people,” said Buslik.

Buslik is the commander of the 19th District, where Jimenez went directly after he left the police academy. Buslik said he gets a lot of new recruits in his district, but Jimenez stood out because of his “imposing presence.”

Jimenez was killed last week after he chased an active shooter into Mercy Hospital on Chicago’s Near South Side.

Dr. Tamara O’Neal and pharmacy worker Dayna Less were also killed in the shooting, along with the gunman.

Jimenez joined the force in 2017 and had just recently completed the  standard probationary period for rookie officers when he was killed.

“Sam didn’t just run toward the danger, he confronted it and made the ultimate sacrifice for all of us. So that no one else could be hurt,” Johnson said during the funeral. “There is absolutely no doubt that if it wasn’t for Officer Jimenez and the brave men and women who ran alongside him that day,  countless numbers of additional lives would have been lost or affected on that tragic day.”

The crowd for Jimenez’s funeral filled the chapel and two other overflow rooms with screens set up to watch the service.

Both of the overflow rooms were teeming with uniformed officers, from in and beyond Chicago.