▲ This story is made for your ears. Please push play above!

This story is a little mystery, and it’s all true. It starts with a memo I stumbled across that went home with ninth graders at a Chicago-area high school. It outlines what kids need for the swim unit in gym class.

Ah, yes. Recall high school swim class for a moment: You’re 14. Your body is completely unpredictable. And now, you’re going to put on a swimsuit, take a cold shower, and line up in alphabetical order on the pool deck with the whole class. Yeah.

The memo goes over the basics — bring a suit, a towel. Nose plug optional.

And then, at the very bottom, in a long section about being “medically excused” from swimming, the memo says this, in bold: “Only notes from a medical doctor other than Dr. Fong will be accepted.”

I tracked down the gym teacher who wrote that memo.

For some reason, one year, I had students come in — all with notes from Dr. Fong.

I’m going to call the teacher “Rodney” for this story. It isn’t his real name, but hey, the guy has still gotta work in this town.

Since high school swimming was invented, kids have been trying to get out of it. It’s an elaborate game of cat and mouse.

Rodney is extremely earnest about swimming instruction, and he comes armed with facts.

Most of our Earth is water — and that’s not even including swimming pools!

He’s heard every excuse kids can think up for not swimming — their suit doesn’t fit, their skin is dry, the chemical balance of the water is off.  And, of course …

I have to remind them that — OK, I know how girls’ menstrual cycles go. I know you don’t get your period every Monday or every Friday.

Rodney sees this whole game like any good gym teacher would—as a winner-takes-all competition. He makes swimming worth triple the points of other units, which means if you don’t swim, you don’t pass gym.

That is, of course, unless you have a medical excuse. Enter Dr. Fong.

It was pretty clear, the students were escalating things. Big time.

I started asking other teachers: Did you get notes from this guy? Everyone had notes from Dr. Fong—and everyone had multiple notes from Dr. Fong. So I didn’t know if these kids had gotten a hold of one of his notepads or something. But it looked like doctor’s writing, and it was all the same. So, maybe a kid’s selling them, I was thinking.

These notes could tip the entire balance of power. I had to find Fong.

I wanted to talk to the kids who’d brought the notes, but they had graduated by the time I was on the case. How far flung was Fong? I decided to visit another high school — miles away — to find out.

Soon, I was standing on a pool deck, surrounded by shivering teenagers on their first day of swim unit. I went straight to their coach, who happened to be collecting doctor’s notes. He had definitely heard of Fong. Our conversation went something like this:

Me: Wait, so you’ve had an excuse from Dr. Fong?

Coach: A Dr. Fong, yeah. I want to say as recently as last year, or the year before anyway. Because I had a lot of students that had Dr. Fong.

Me: Really? Did that strike you as fishy?

Wow. This was bigger than I thought! Multiple schools! Near the pool, several students were struggling with their swim caps. I got my notepad out and started asking questions:

Me: Are you guys freshmen?

Me: First day of swimming?

Me: Did anybody here try to get out of swimming?

Girl: I’m in the motion of trying, to get a doctor’s note — so I won’t have to do it. Yeah, I’m gonna have a broken leg in a few days.

Me: Do you think you can find a doctor who could do that for you?

Girl: Yes! I’m going to the doctor soon — I already have an injury from track. So I’m going to hope it’s broken or sprained or something like that.

I had to find Fong before he struck again. 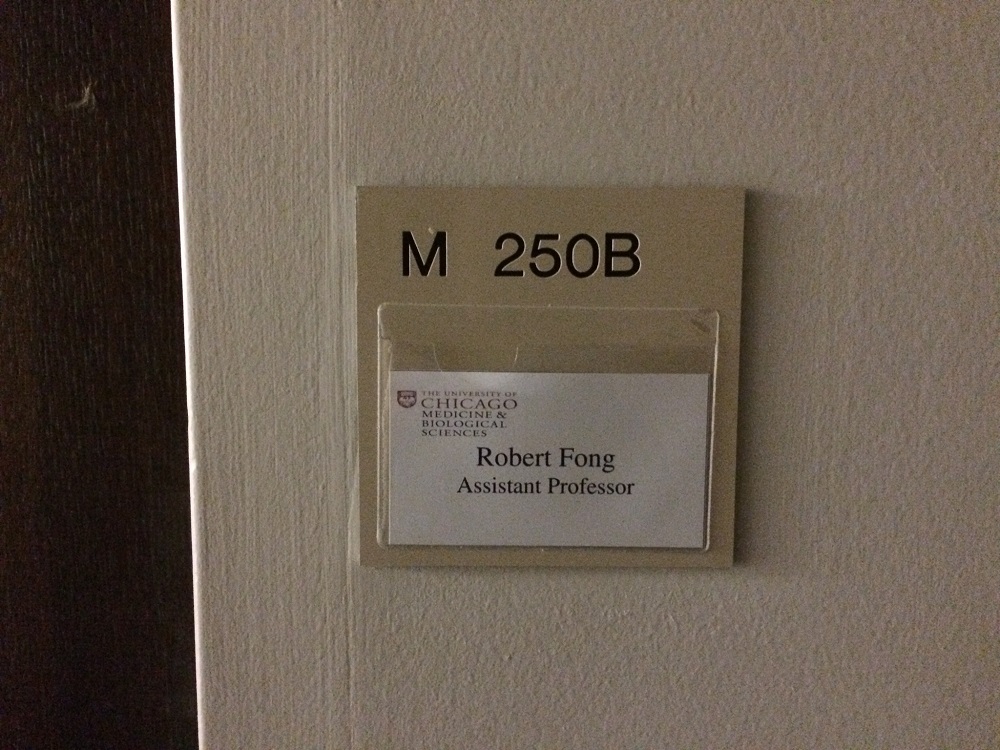 There are fewer Fongs in the phone book than you might think — especially with an “MD” after the name. There was exactly one Dr. Fong nearby, but the specialty did not seem right. Anesthesiology, University of Chicago.

Professor Robert Fong never even had swim class in high school — no motive for the crime. We met in the hospital cafeteria. He was wearing scrubs. He carried a pager, which went off as soon as we shook hands.

It was a long shot, but I showed him the memo anyway.

I have no idea. I’ve never provided a note for anybody’s swim class or anything so, yeah, definitely not me.

Now, Rodney had told me he’d once talked to Fong. He didn’t have his phone number anymore, and he’d thrown out the notes. But Rodney remembered Fong worked in an Asian neighborhood.

So I headed to Chinatown, and went into every ginseng shop and Chinese pharmacy I could find. Hours of searching, but the trail was cold.

And that's when I saw a phone number that stretched across the entire second floor of a building. “ACUPUNCTURE AND HERB,” the sign said. I dialed. I asked if there was a Dr. Fong there. And amazingly, there was. 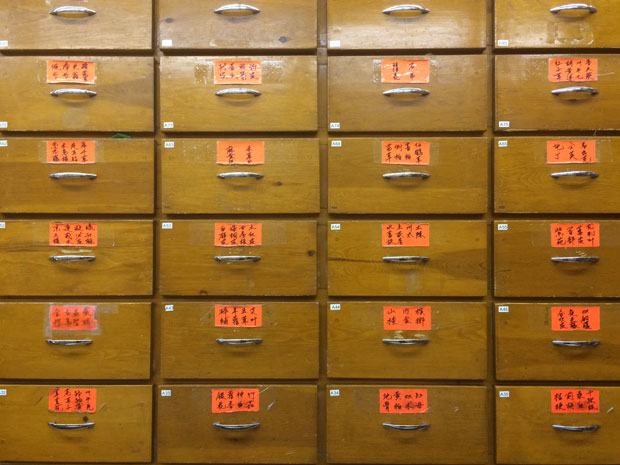 This Dr. Fong was older. Soft-spoken. He was there with his wife, who’s also a doctor. I wasn’t sure how much Dr. Fong was understanding — about the memo I showed him or about the concept of high school swim class. Our conversation went something like this:

Dr. Fong: This is Chinese medicine I do.

Me: You do Chinese medicine?

Me: Yeah. Do you ever get a high school student? Trying to get out of gym class?

I asked a lot of questions—about chlorine, about whether the Fongs have a notepad. And then Dr. Fong handed me a business card: Xin-Xiang FENG, it said across the top. 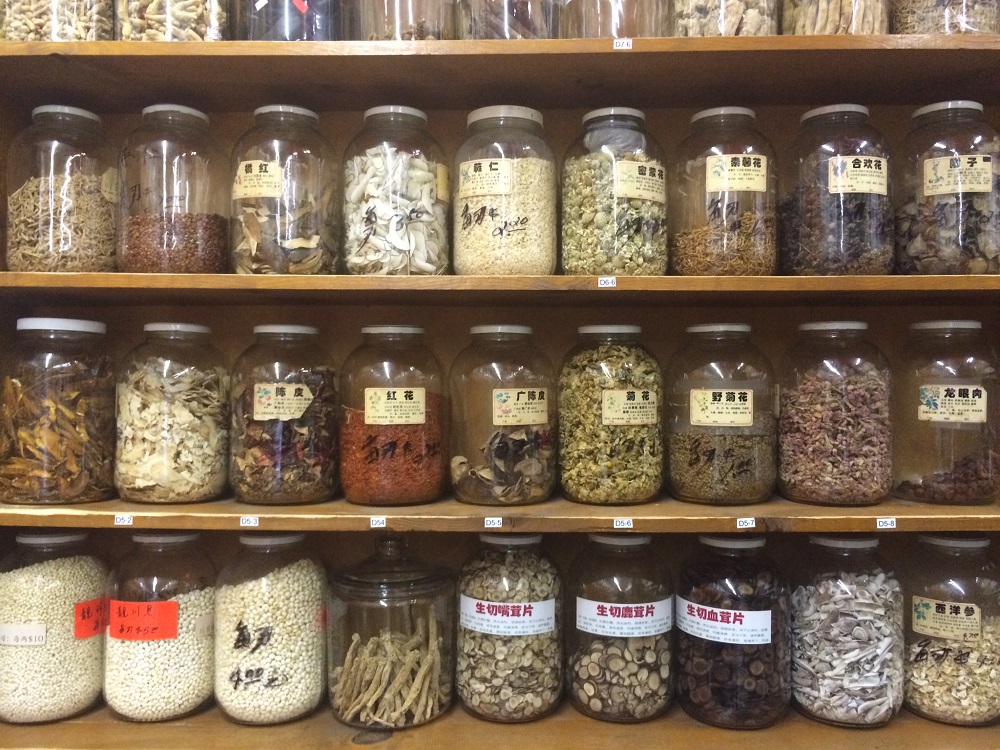 An Illinois doctors registry does show a few other Fongs—a dentist in the suburbs, a family doctor in Urbana, an emergency room attendant in Milwaukee.

I found a Tiki bar in the western suburbs that makes a drink called Dr. Fong. They sell T-shirts too. I got one for Rodney.

Back to Rodney... here is how he put an end to the notes from Dr. Fong and caught the kids:

One day a boy came out of the locker room.

He was at one end of the pool. I was at the other end lengthwise. And he got into the pool knee deep. Came back out, and then handed me a note from Dr. Fong that he was allergic to chlorine.

Rodney told the kid if he didn’t have a rash on that leg by the end of class, he was gonna be swimming, and so was everyone else.

I got the kids in the pool. They weren’t allergic to chlorine. I made every one of those kids swim. So, the victorious part wasn’t so much calling out Dr. Fong as much as telling those kids—your notes were bogus! You have to get in the pool, you have to swim.

Oh yeah. That was the fun part.

And that is how Dr. Fong made it onto Rodney’s swim memo. Once the memo was out, Fong vanished — not another note.

During my search, I started wondering if Dr. Fong is even real. I think he probably is. I’m not even sure he’s gone. Maybe he’s in hiding. Maybe he’s changed names. Maybe he’s already at his next high school, helping kids there get out of swim class.