In a first-of-its-kind ceremony at Wrigley Field, the Chicago Cubs raised a World Series championship banner Monday night after about two hours of rain delay.

The Cubs, who defeated the Cleveland Indians in the finale of a seven-game World Series last November, hadn’t won a championship since 1908.

Below are photos from the banner-raising ceremony, held before the Cubs’ home opener against the Los Angeles Dodgers. The Cubs defeated the Dodgers last season in a tight six-game series in order to reach the World Series. 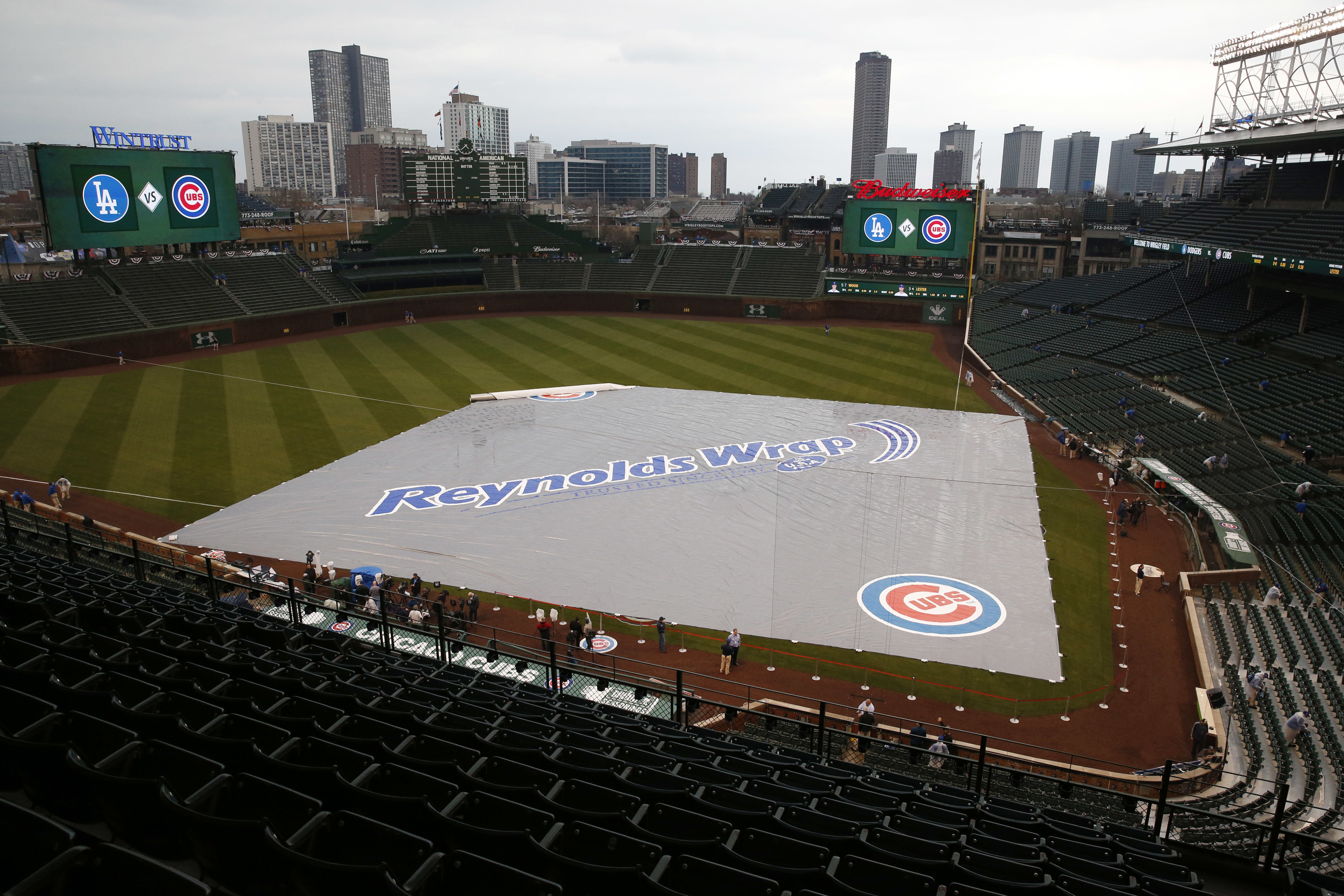 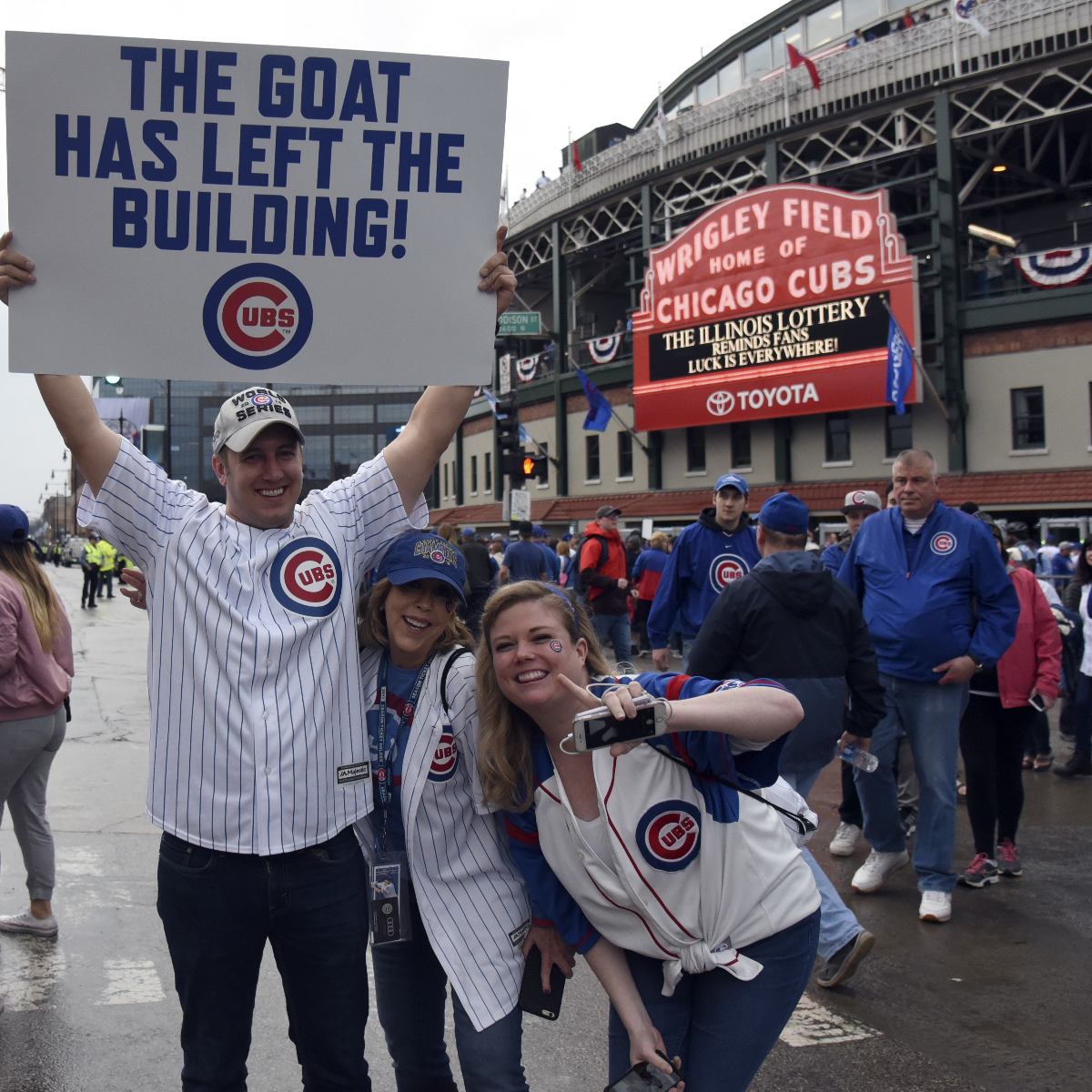 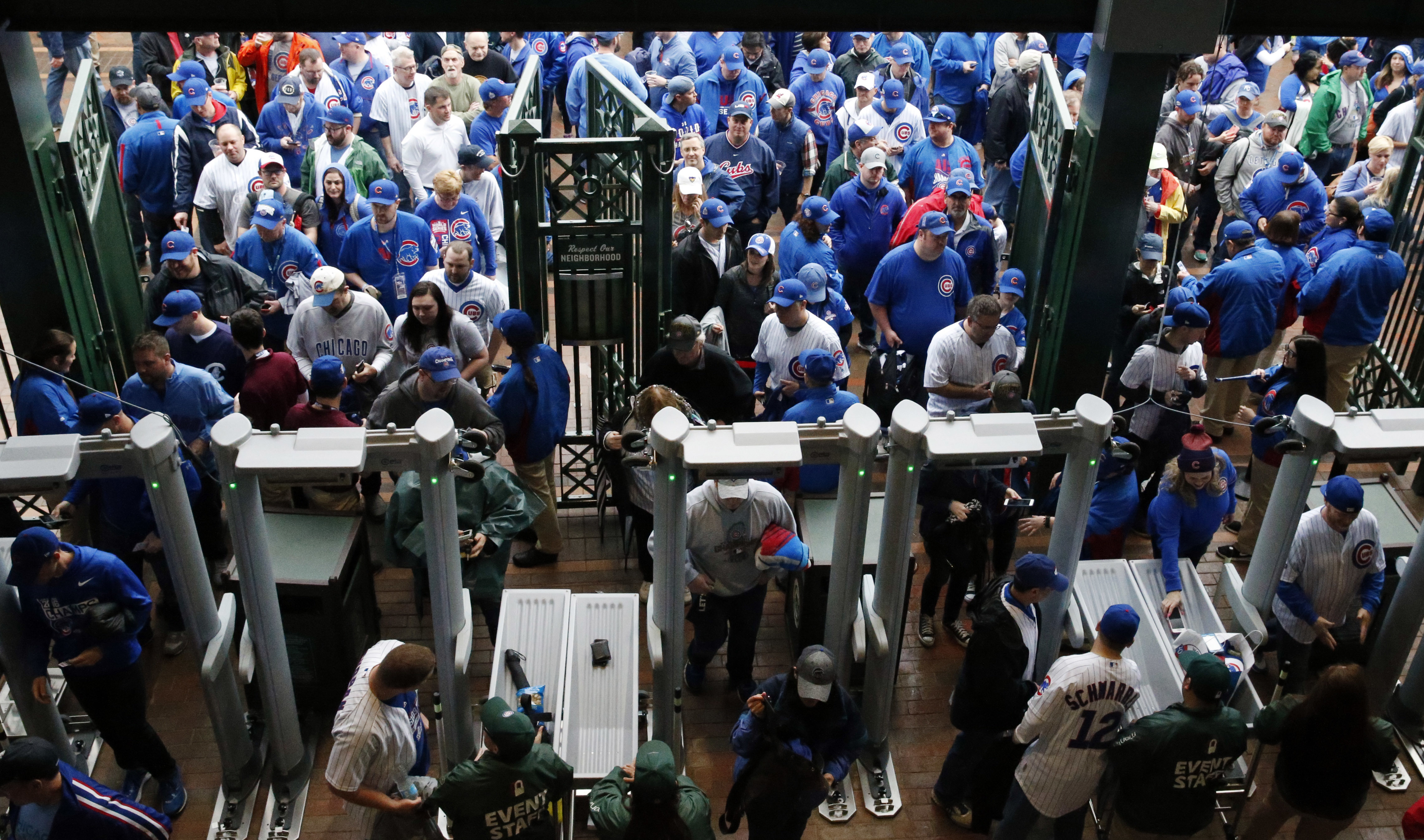 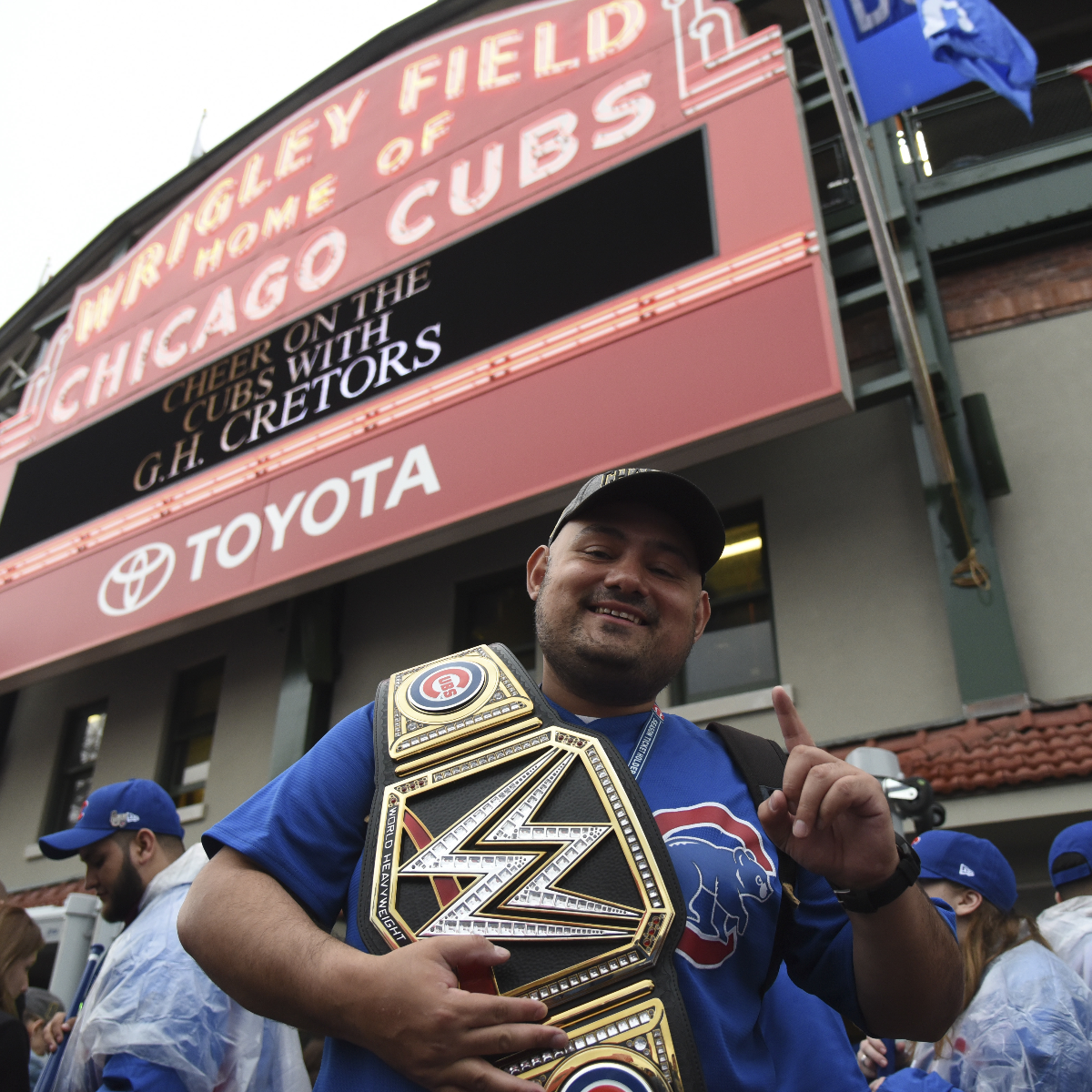 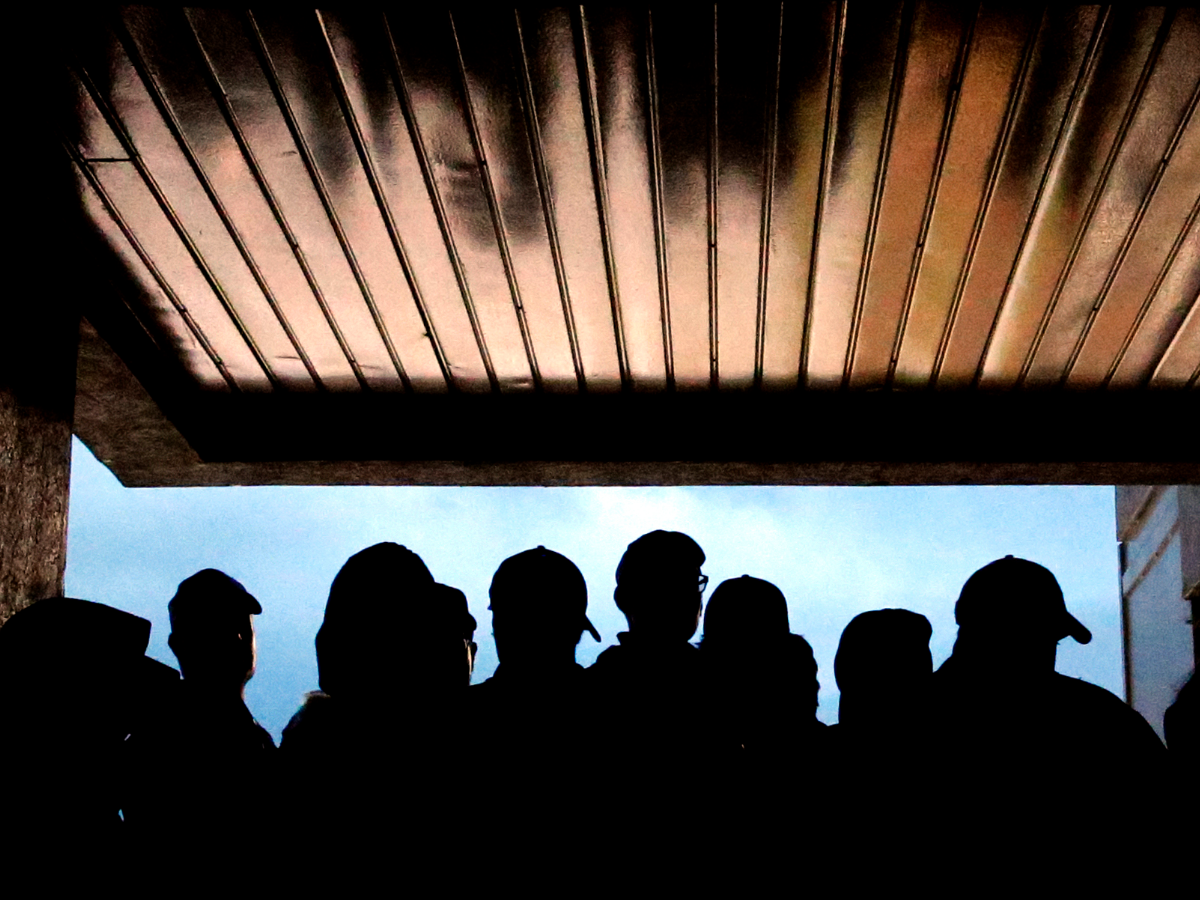 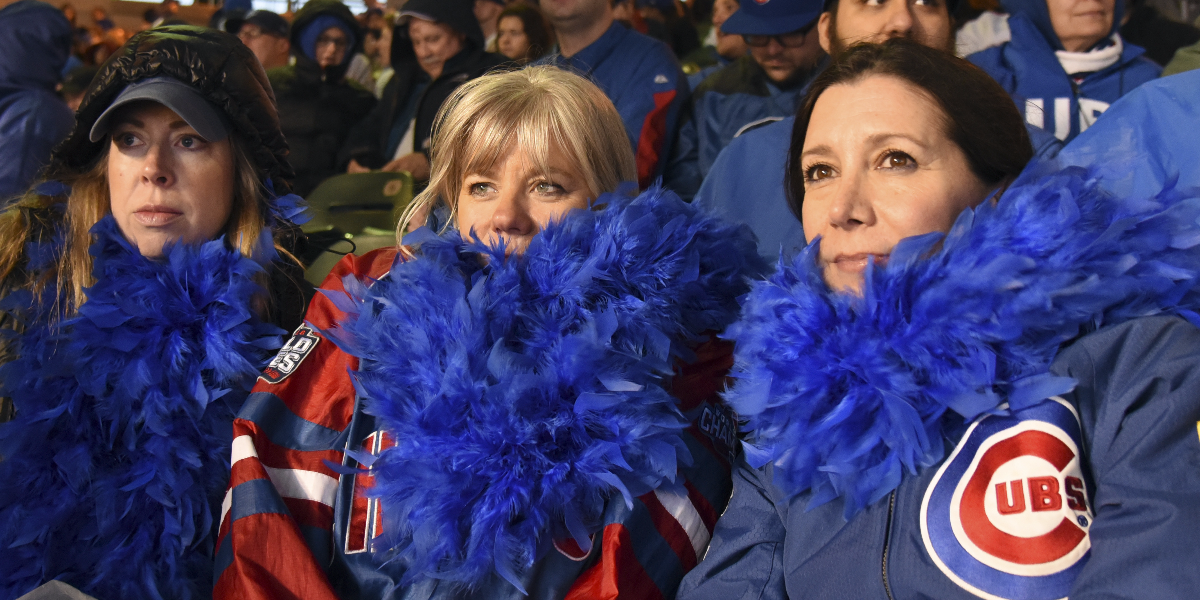 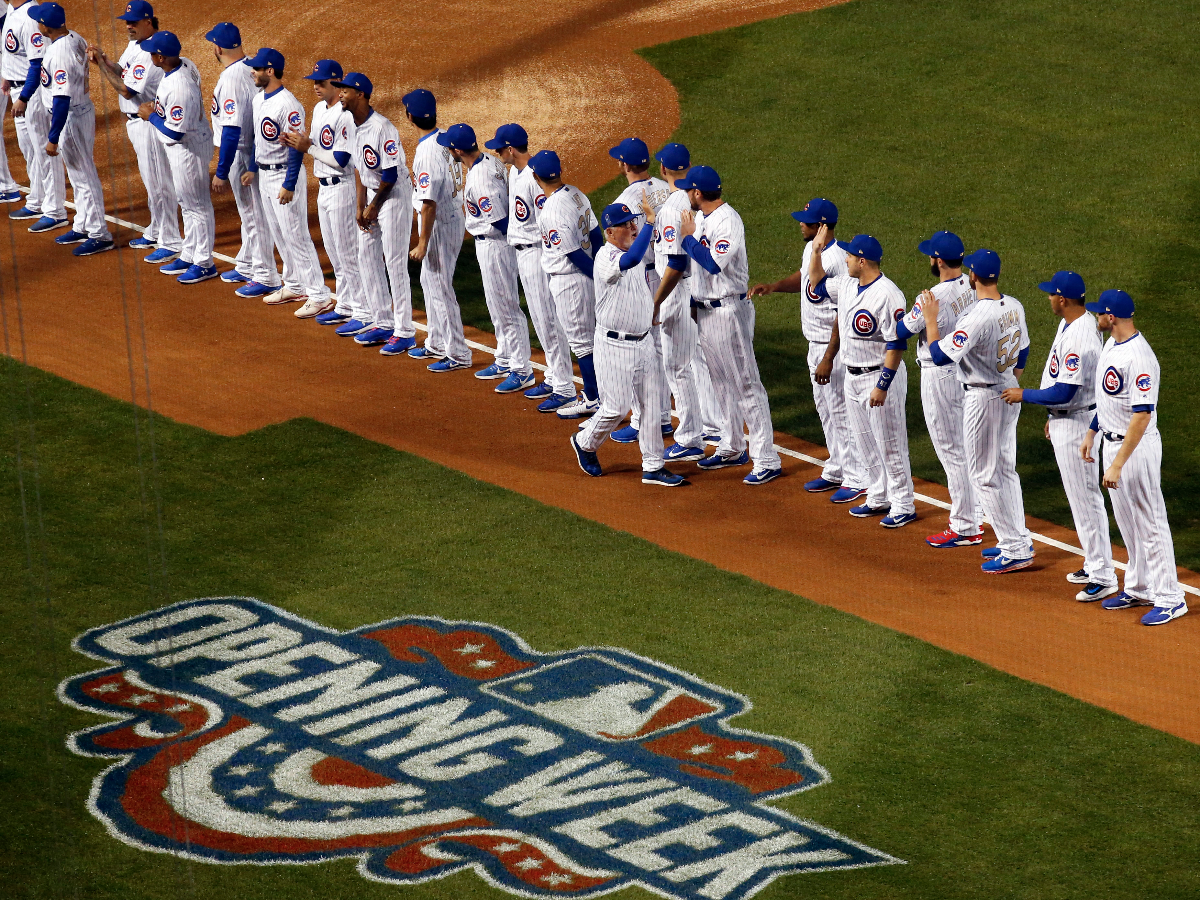 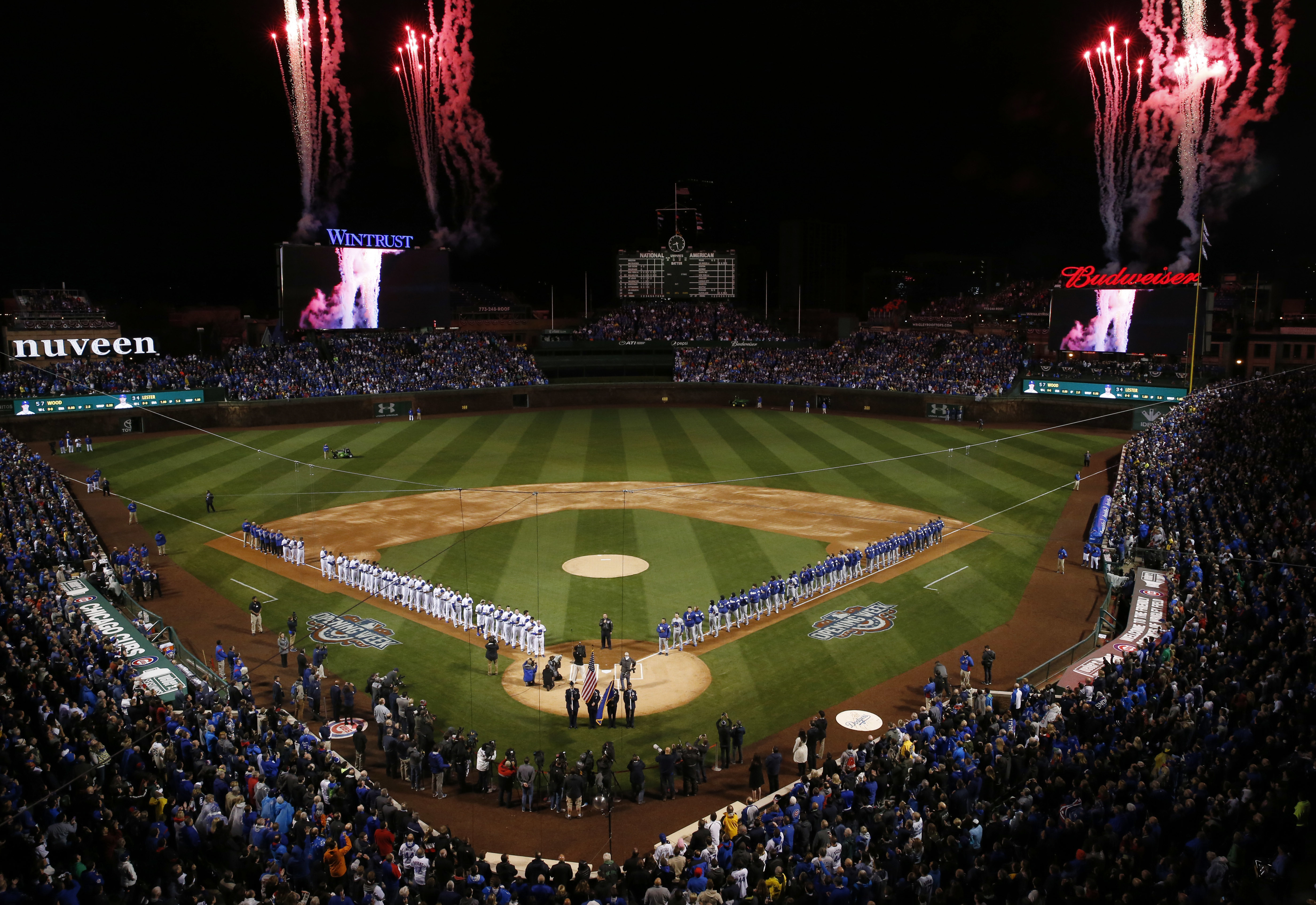 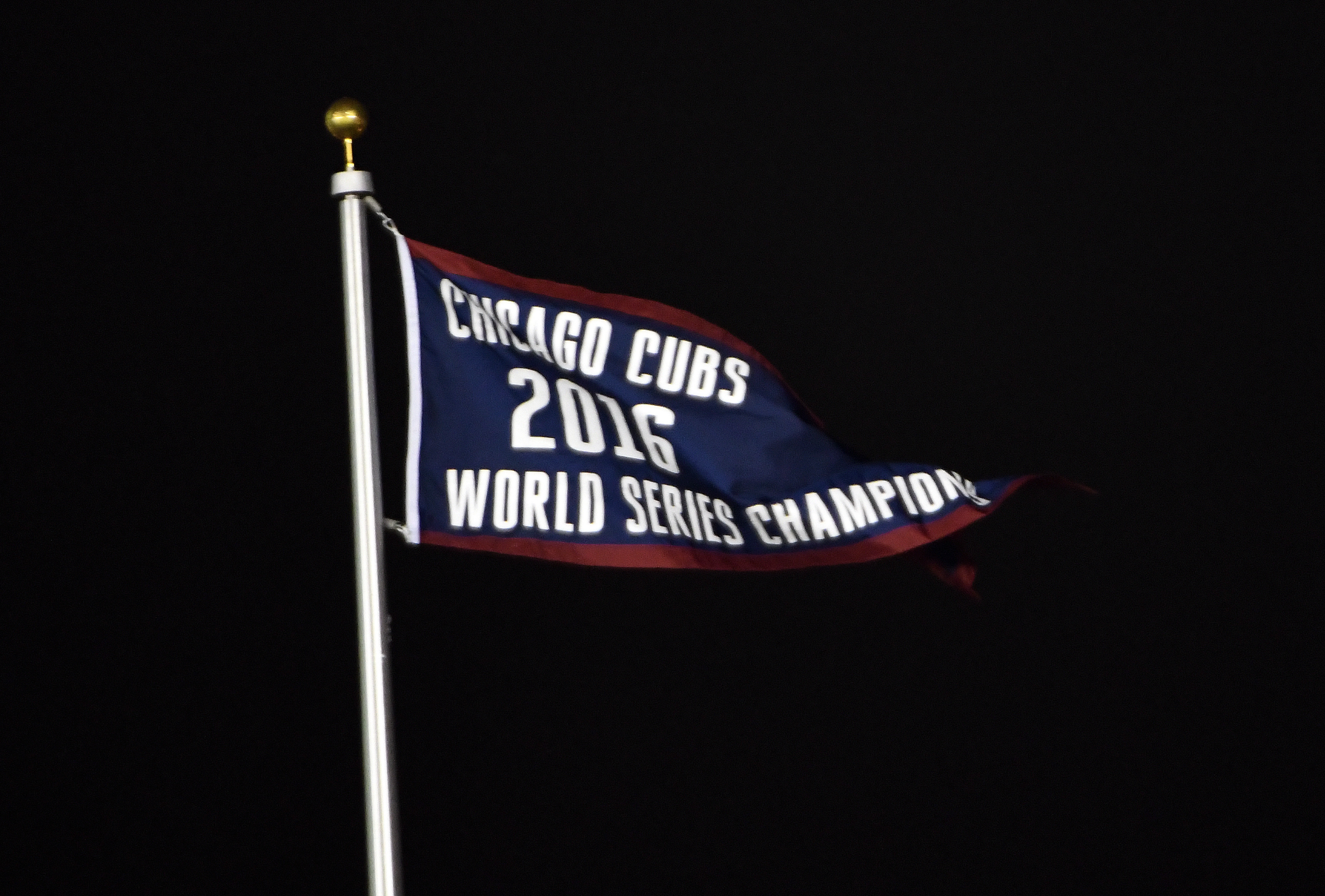 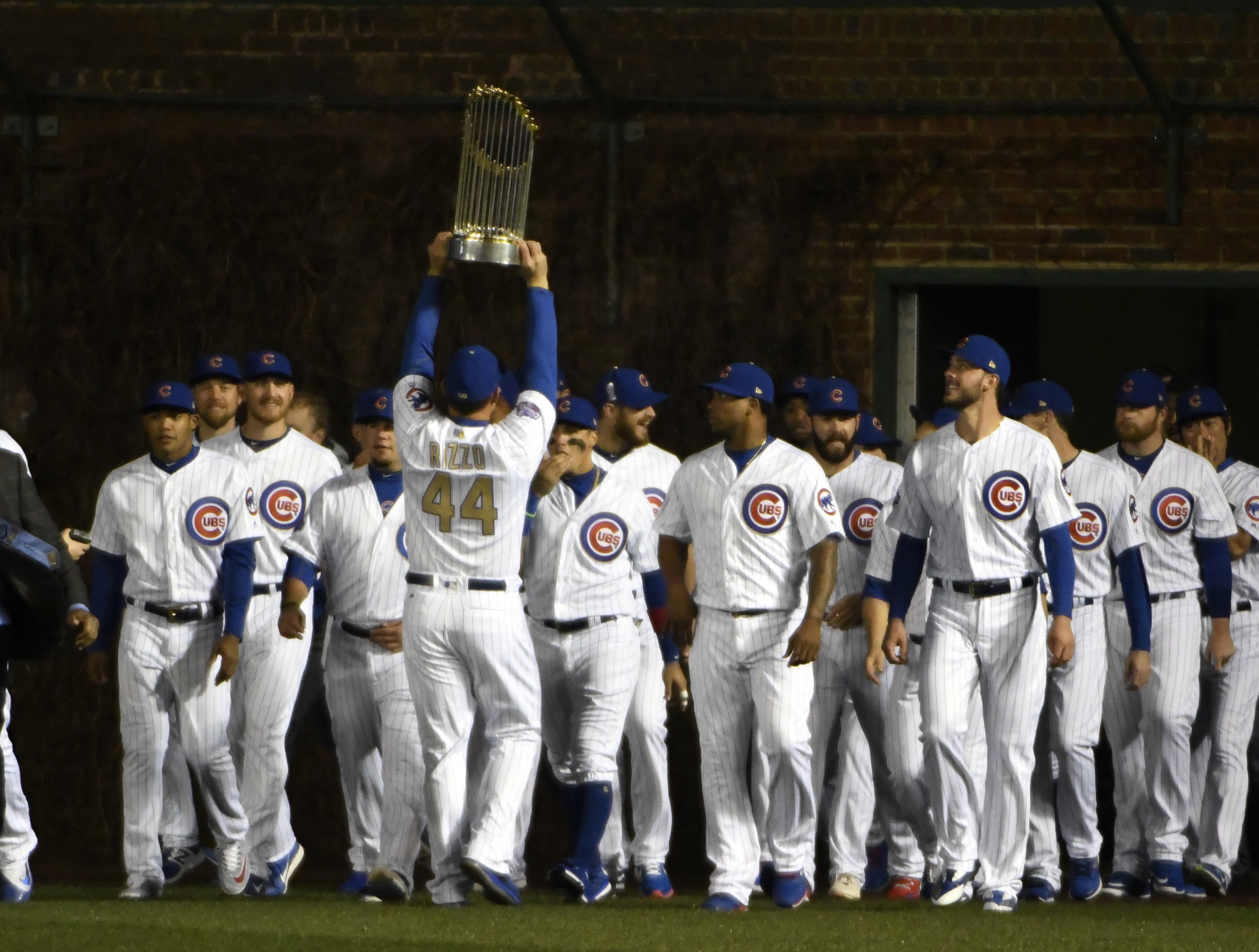 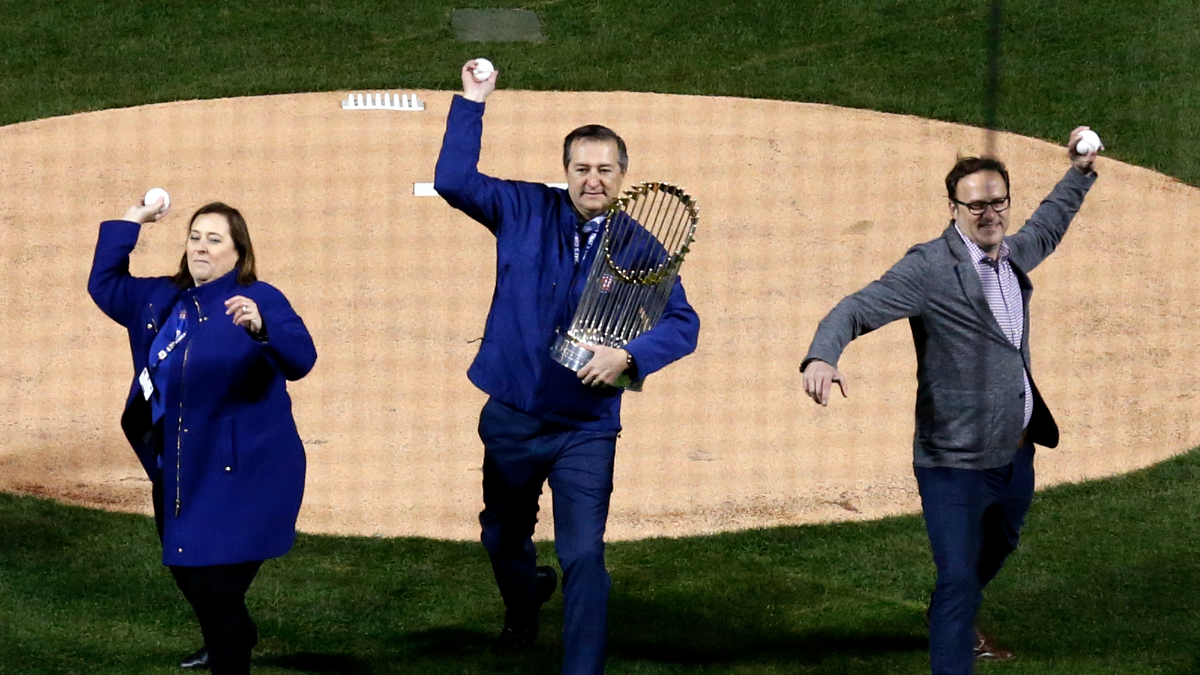