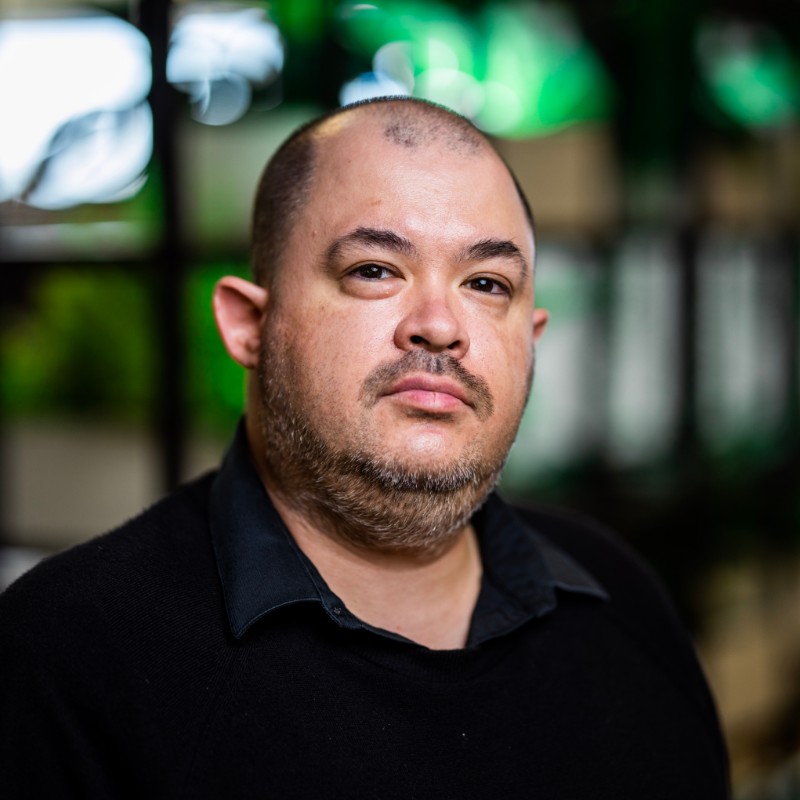 Jaime de’Medici (media name Jaime Black) has worked in Chicago’s media industries since the late ‘90s, including 13 years at Chicago’s Q101 radio as producer of the station’s local music show. During his time at Q101, he produced interviews with Chicago’s biggest acts including The Smashing Pumpkins, Fall Out Boy, Rise Against, and more.

In 2005, he launched Dynasty Podcasts, the first ever and longest-running music podcast in Chicago’s history. Dynasty Podcasts has published over 1,000 interviews with Chicago’s premier artists and industry, and has produced live events in the form of classes, panels, workshops, and more for over a decade. He has also produced and consulted on podcast projects for brands like Crain’s Chicago Business, Goose Island Beer Company, Baker Tilly, and more.

In addition to his media work, de’Medici has taught in the Business & Entrepreneurship department at Columbia College Chicago, and spoken at conferences like SXSW, Podcast Movement, and more.