Nineteen people who claim they were framed for drug crimes by corrupt Chicago cops are suing the city and the officers in federal court.

The plaintiffs are part of a huge group of Chicagoans who have had their convictions overturned because their cases were connected to corrupt former Chicago Police Sgt. Ronald Watts.

This week, 14 men connected to Watts were exonerated, bringing the total number of Watts-related exonerees to 63.

Watts led a Chicago Police Department unit that allegedly shook down drug dealers and framed people for more than a decade at a South Side public housing complex.

Watts and another officer in the unit were arrested in 2012 and sent to federal prison.

“It’s a shame the way they let it go on for so long,” said Kim Wilbourn, 39, whose conviction was vacated Monday. “This man destroyed my physical (and) mental stability.”

The 19 new lawsuits were filed in federal court Thursday.

Each of the people suing had drug convictions overturned in 2018. They are represented by attorneys from the firm Loevy and Loevy, which has won some of the biggest police misconduct verdicts against Chicago in the city’s history.

There are now 48 active federal lawsuits against the city, Watts, and other officers who worked alongside the former sergeant.

On Friday, attorney Jon Loevy called the team led by Watts “one of the most corrupt tactical units in the history of Chicago.”

“There’s been a lot of scandals in Chicago and a lot of corruption, but this one ranks near the top,” Loevy said.

Chicago Law Department spokesman Bill McCaffrey declined to comment on the lawsuits. An attorney for Watts did not immediately return a request for comment.

Octayvia McDonald, 31, is the only woman among the 19 new plaintiffs. She said she was arrested and framed by Watts in 2005 when she was 17 years old and pregnant.

McDonald pleaded guilty to a felony drug charge because, she claims, she was facing significant time in prison if she went to trial and lost. She was sentenced to probation. 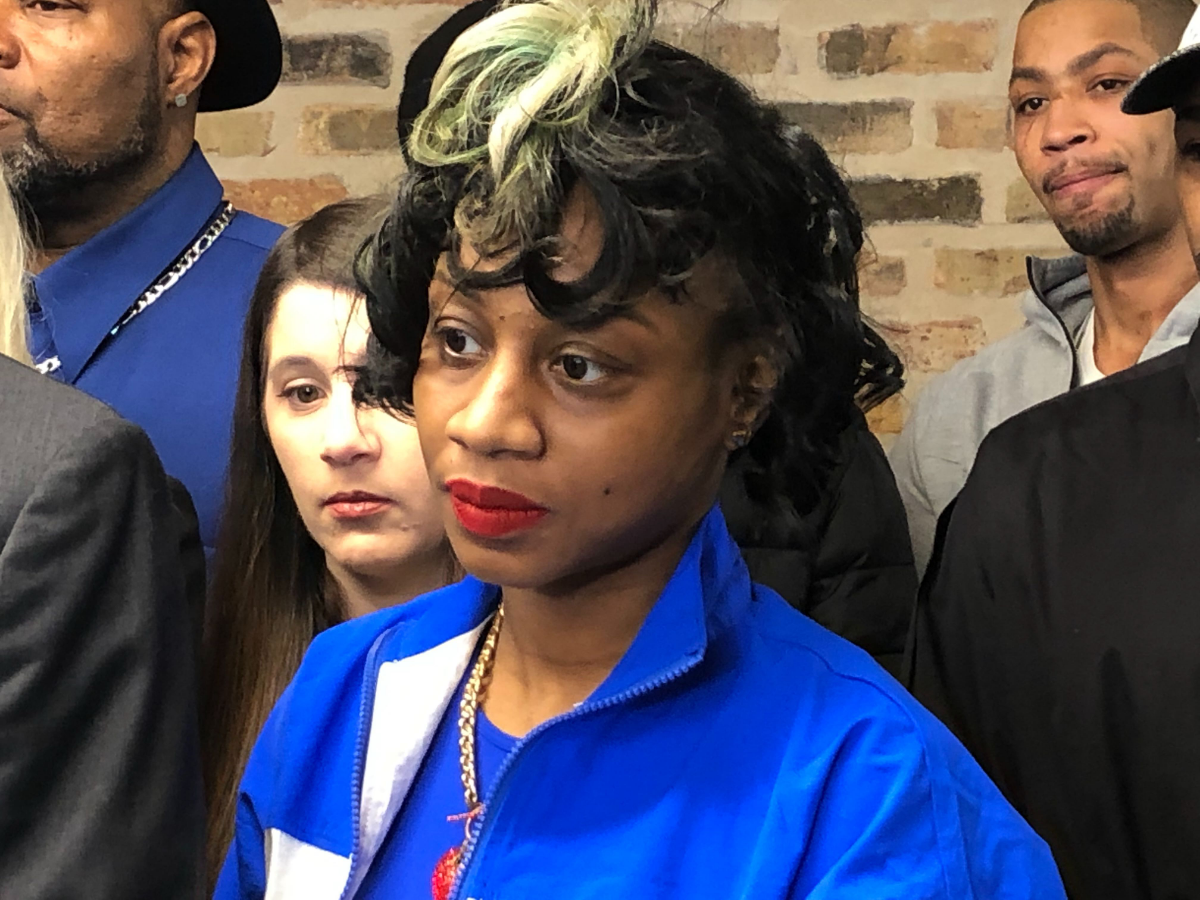 Deon Willis, 44, was sentenced to two years in prison for a crime he said he did not commit. Willis claims Watts framed him for possession of heroin, as a way to pressure Willis’ brother to pay a bribe to Watts.

Last year, the Cook County State’s Attorney banned 10 officers from testifying because of their involvement in Watts-related convictions that were subsequently vacated.

The department says it has reassigned the 10 to administrative work such as recordkeeping and answering non-emergency phone calls.

But Chicago Police Superintendent Eddie Johnson said he has no reason to strip the officers of their police powers.