Planes, art, and automobiles. Those are just some of the things that aldermen will be talking about at City Hall this month.

Aldermen are set to consider some big changes that could affect your travel out of O’Hare International Airport (hopefully for the better). There are also plans to turn a famous downtown building into a gigantic public art canvas. Oh, and of course, there are Democratic Party politics.

WBEZ’s Government and Politics team is here with your cheat sheet for Wednesday’s City Council meeting.

The days of waiting for an arrival gate when you land at O’Hare International Airport could soon be coming to an end. The City Council is poised to approve an eight-year, $8.5 billion expansion of O’Hare.

The expansion and renovation includes a new global terminal where Terminal 2 is currently located, and the relocation of smaller airlines — like Spirit, JetBlue, and Alaska — to the current international terminal.

The city currently rents gates to various airlines, and Mayor Rahm Emanuel wants aldermen to approve a new 15-year lease agreement with those airlines. He also wants them to approve a $4 billion borrowing package to start bankrolling the project. Leading up to the expected vote, there was a spat between American and United airlines over who will get more gates out of the expansion. Aldermen were also concerned about whether enough black, Latino, and women-owned businesses would receive the jobs created by the massive project, prompting the creation of a working group to oversee contracting. The measures involving the O’Hare expansion are all expected to pass.

City officials said the borrowed money will be paid off with fees paid by airlines and other businesses that operate at the airport — and not taxpayer dollars.

O’Hare may not be the only longstanding Chicago institution getting an overhaul. The Cook County Democratic Party could be facing a transformation of its own.

There’s a lot of chatter among Chicago aldermen about who should lead their party for the next two years after Cook County Assessor Joseph Berrios lost his government seat in last Tuesday’s primary.

Some context: As leader of the storied Cook County Dems, Berrios is ostensibly one of the most powerful politicians in Illinois. While he didn’t lose his party chairmanship in Tuesday’s elections, the fact that he couldn’t muster enough support to win his own primary raises some big questions about where the party’s headed — and whether he can lead it there.

Last Friday, Cook County President Toni Preckwinkle threw her name in the ring for chair and has been actively whipping votes.

“You have a good section [of the party] with a bent toward the progressive agenda, me included,” said Ald. Roderick Sawyer (6th Ward), who maintains he’s not going for the chairmanship. “And I think that we need to embrace that and bring these people into the party. We need new ideas. We need a fresh breath.”

Most Chicago aldermen also serve as their ward’s representative in the party, known as committeemen. The 80 ward and suburban township committeemen are scheduled to vote next month on party leadership.

Aldermen selling school properties on the South Side

A school that was shuttered under Mayor Rahm Emanuel’s historic round of closures is up on the auction block — and aldermen will get the final say on whether to sell it Wednesday.

Shepherd’s Hope, a non-profit organization based out of Englewood, is buying the former Benjamin Mays Elementary at 838 W. Marquette Road for $55,000. The organization was the lone bidder and plans to transform it into an after-school and daycare program.

Meanwhile, Monument of Faith Evangelistic Church will pay $1 million for the vacant school building on at 7600 S. Kedzie Ave. The “excess property” is adjacent to Sarah E. Goode STEM Academy. The church is planning to build a fitness center that will also function as a job training facility and an after-school program.

New car-sharing pilot up for a vote

Aldermen could give car2go, a car sharing company, the authority to park a fleet of up to 500 cars around city parking meters through the end of the year. Similar to Divvy Bikes’ business model, users rent the cars on an hourly basis. Some aldermen expressed concern that the program could make it even harder to find parking around heavily-trafficked neighborhoods, like Wrigleyville. This is why Ald. Tom Tunney (44th Ward) said he will vote against it.

Making the Merchandise Mart a mega-canvas 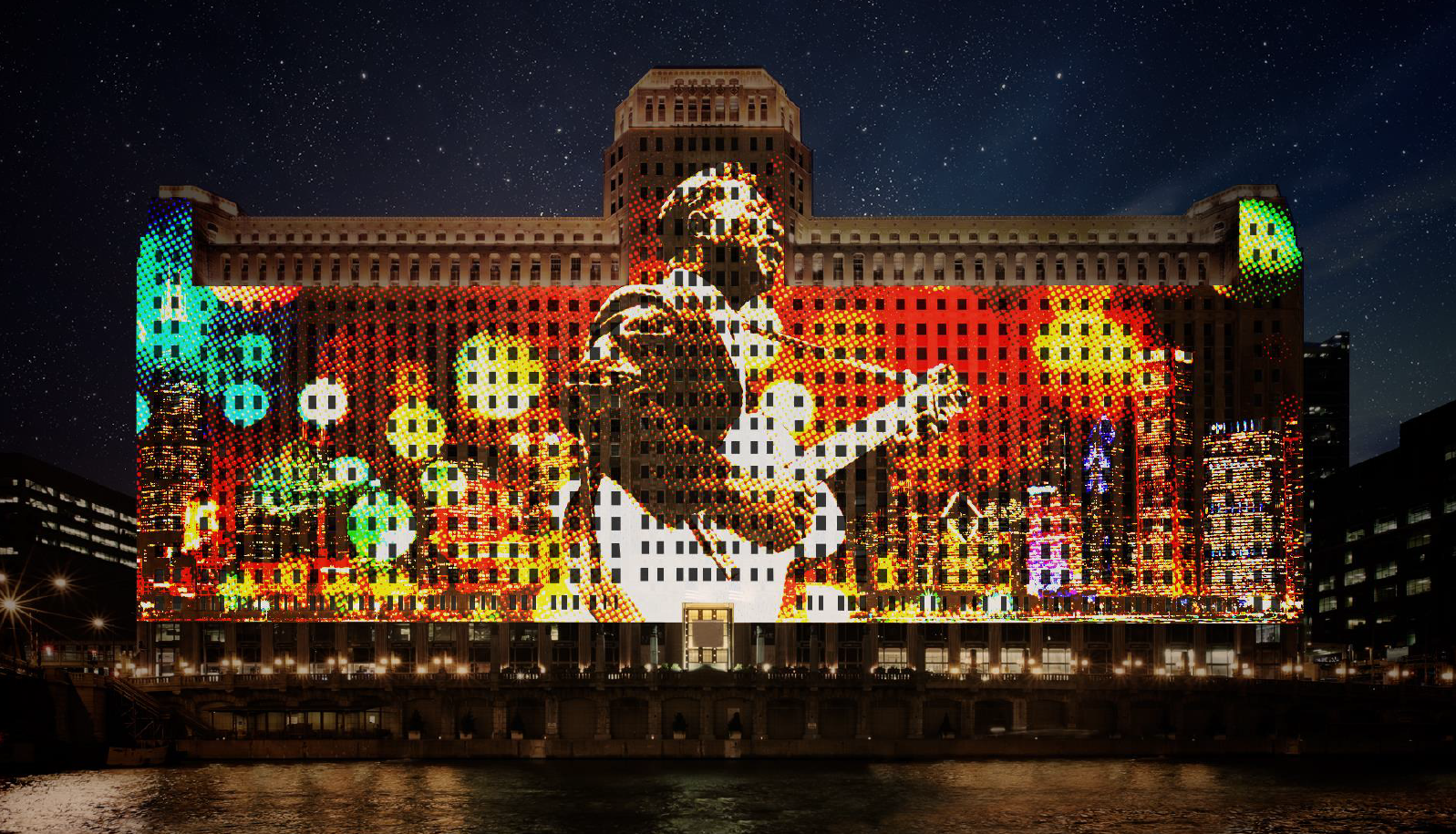 The Merchandise Mart in River North could soon be home to one of the largest digital art displays in the world. The City Council will consider a measure to turn the 340-foot tall building along the Chicago River into a piece of art for two hours a night, starting at dusk.

Under the new initiative, called “Art on the Mart,” artists will project a 115,000 square foot image onto the side of the Mart that faces the Chicago River.

“Think of this as a giant canvas for our artists and we are giving them the paint, and the brushes, and the canvas at no cost for them to deliver their work,” said Mark Kelly, the city’s commissioner for the Department of Cultural Affairs and Special Events.