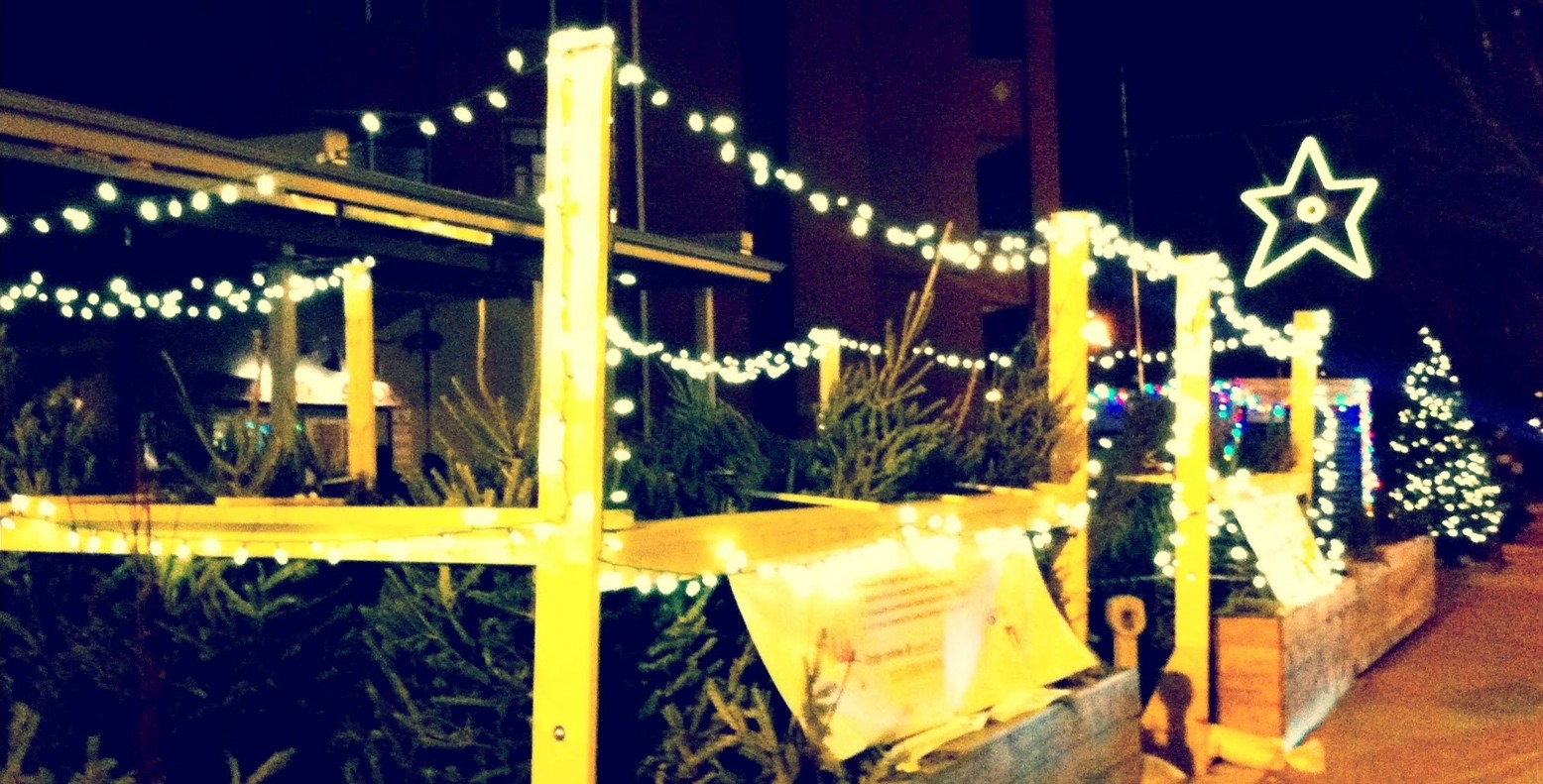 This week, the Munchies Awards named Chicago the country’s best food city, citing local hot spots like Black Dog Gelato in Wicker Park, Intelligentsia Coffee in Lakeview and Streeterville’s Bar Toma as some of Chicago’s best food attractions. However, no restaurant better emblematizes Chicago foodie culture like the visionary Big Star, the hub of Wicker Park’s cuisine scene. Big Star is a love letter to Chicago, a testament to our city’s endless capacity for invention. When it comes to food, we are second to none.

There are an endless number of reasons you should be a Big Star regular—or a self-described "fan girl" like myself. Here’s five.

Big Star is located in the heart of Wicker Park, a latte’s throw from the neighborhood’s popular Wormhole Cafe and the shops that line Milwaukee Avenue. They say that business is about location, but dining at Big Star turns geography into a mindset. Although The Girl and the Goat (tucked away in the West Loop) might get the haute cuisine cred, Big Star succeeds by bringing quality to the masses. Nothing is over $10, and it’s the rare establishment that can bring together college students, poor artists and the neighborhood’s influx of young professionals.

Big Star feels like a part of the community. There’s no better testament to that than Big Star’s drive-thru, which caused many to scratch their heads when it opened a few years ago. However, this is exactly what I love about Big Star: They blend the affordability of fast food and the experience of a great night out with friends at the neighborhood’s hottest restaurant. It’s the best of both worlds: mobile cuisine for a society of multi-taskers. It’s also incredibly helpful on days where you don’t feel like battling the crowds for a seat.

2. They think outside the taco.

From a name inspired by California honky-tonks to a website that looks more like a Tumblr page than the home base of Chicago’s finest dining, Big Star is a restaurant bursting with creativity. At Big Star, style meets substance in a way that brings joy and wit to the table. Their menu lists every entree in a different font, giving every dish its own distinct personality.

Although the restaurant is known for its Taco de Panza and Taco Al Pastor, the Walking Taco is a fan favorite. The chefs transform a simple bean and corn chip dish by serving it in a Fritos bag, a take on the Frito Pie that’s charmingly tongue in cheek. The price? A whole $2.

3. Did I mention everything is delicious?

With most restaurants I frequent, I know what dishes I like and which are the lemons of the bunch. But with Big Star, you can’t go wrong. The menu is petite and deceptively simple, allowing the chefs to focus on getting each dish exactly right. Although customers gravitate toward certain options, I’ve never been disappointed with taking a risk on the potato-based Taco de Papas con Rajas or Tostada de Nopales, with a chief ingredient of cactus. I never thought something so prickly could be so tasty. (Watch out, Sonic the Hedgehog. I’m onto you.)

4. The service is bonkers good.

In addition to being universally attractive—always a dining plus—the staff at Big Star are helpful and attentive without being pushy. The last time I visited, I grabbed a spot at the bar, my preferred dining arrangement. (I like to be on a first-name basis with those liquoring me up.) I made the mistake of ordering the Sonoran Hot Dog, a delicious (and giant) take on the Chicago staple that turned out too spicy for my tender taste buds.

After attempting to power through, I crapped out a quarter of the way in, confessing to my server that I couldn’t finish. I wasn’t strong enough. Three glasses of water later, he comped the hot dog and helped me find something more favorable to someone who orders Indian food "negative spicy." As the hot dog is one of his favorites, he suggested I order the jalapeno on the side next time. Duly noted.

Also, for a place as perpetually slammed at Big Star is, the service is so fast it’s practically rocket-fueled. Maybe they all eat the hot dogs before work to give them that jalapeno power.

5. Big Star offers an experience you take with you.

Many establishments pride themselves on being hidden treasures, and if you journey to Violet Hour, that’s part of the shtick. It’s the speakeasy mentality: that greatness should be hard to find. However, Big Star is great because it feels so open. Don’t let the long lines fool you. The interior of Big Star is expansive enough to seat the cast of Downton Abbey, giving guests an ambience that feels warm and inviting. Instead of a dim space where you barely see your food, Big Star lets the light in.

Big Star fosters its convivial ambience with a structure recalling the great diners of the 1950’s, and there’s no better seat in Chicago than Big Star’s patio in the middle of summer. Like a French bistro, the patio blends seamlessly with the sidewalk traffic, and it’s not uncommon to see passersby running into friends and family enjoying a meal. At Big Star, it’s the more, the merrier; if they can’t accommodate more, you can take the experience to go and find a spot at a park.

It’s almost summer. The three months of paradise Chicagoans wait for. Why else would we put up with the winters? There’s no place in the world like Chicago in the summertime, so get out and enjoy it however you can. If your enjoyment includes tacos, even better.