On Jan. 24, 1967, the temperature in Chicago was an unusually warm 65 degrees. The next day, meteorologists predicted a chance of snow in the next 24 hours. The storm ended up as the worst blizzard in Chicago history. 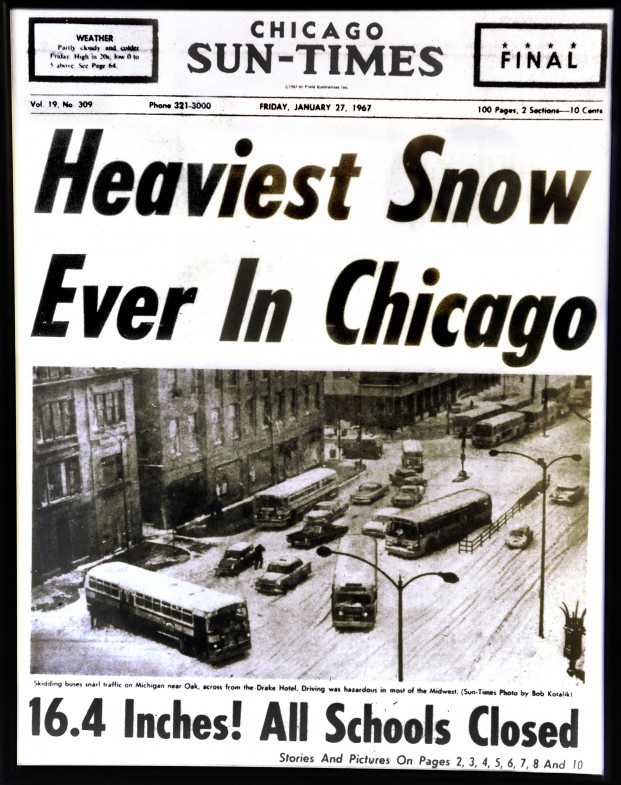 When it was finally over, 23 inches of snow fell on the city .That’s about the amount of snow the city gets in an entire winter. Several days later, another 10 inches would fall on an already-buried Chicago. Fifty winters later, Chicagoans still remember that blizzard and the way it changed how the city operates.

Morning Shift talks to Chicago historian John R. Schmidt, a college student in 1967, about what he remembers of the blizzard.

What’s a little-known trivia fact about the blizzard of ‘67?

What’s are your greatest memories from that day?

John Schmidt:I was at Loyola and I was on semester break. I had the whole week off and on Tuesday it was 65 degrees out so I went to play golf in Edgebrook. And then Thursday, the girl I was dating and I had plans to go out bowling and get a pizza, and then get a ride home. Well, we got stuck at the bowling alley, so to kill time we went to go watch a movie at the Portage Theatre -- Doctor Zhivago. As we left, all I could think about were the icicles coming from his moustache. 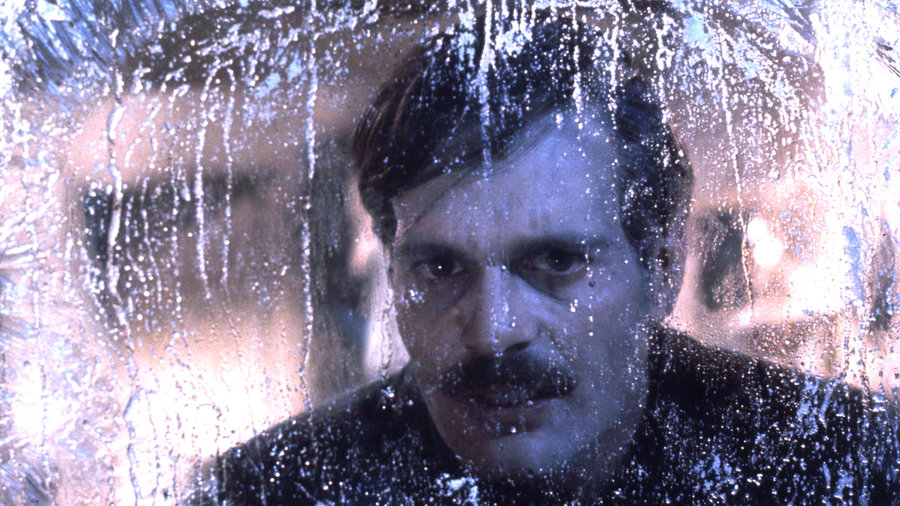 Cheryl Raye-Stout: First off, there aren’t snow plows or blowers like you see today. We had to use a shovel. We had eight kids in our family, and I remember my dad trying to get to the store to get supplies for our big household. We were fortunate to live on the West Side, where people were out shoveling and the store was only a few blocks away, but it took him hours to get back with just boxes of powdered milk. This was the beginning of when people started hoarding food. But it was the best; we built the best snow forts ever and we didn’t have school the next day. Those were the best words we’d ever heard on the radio.

Judy in Highland Park: I was a young nurse living in a high-rise in Rogers Park. The power went out so all the residents came down to the lobby and I happened to meet (journalist) Bill Curtis and his wife and two small children. A few minutes later firemen came in to ask for help with pulling the hoses down Sheridan Road to help with a fire. My husband and I were pulling the hoses down the empty street to put out what I believe was a fatal fire. It was a night to remember.

Mike in Highland Park: I was the general manager of Flying Carpet Motor Inn near O’Hare Airport. We were snowed in for three days with 120 guests that could not get out. We had police who couldn’t get to the airport so they were staying with us. I had policemen making beds, guests were cooking until we ran out of food and then we took the food from the restaurant in front of us that was closed. We not only had camaraderie, we had a party for three days.

John in Wilmette: I was working at the CTA and had the 3 p.m. to 11 p.m. shift. It was snowing pretty hard when it was time to get off so our boss suggested we stay. We ended up staying at work for three days straight without going home. We had about 400 buses minus the ones in for maintenance, we lost every one of them on the street. It probably took a month to get all the buses repaired. We had propane and diesel buses at that time -- the propane ones were sturdier and back in service sooner. It was fun -- it was like camp and we made a lot of money.

When the 1967 blizzard hit Chicago, @WBEZ's Pat Honan was a paperboy in Chicago Heights and remembers a neighbor skiing to get groceries! ⛷️ pic.twitter.com/xhGPuiyTkD

That time Chicago sent a trainload of snow to Florida

The city has over 500 lots to store any extra accumulation

Photo Gallery: Looking back on the Blizzard of 1967 (Chicago Tribune)