CHICAGO (AP) — Rick Renteria is getting a second chance to manage in Chicago, this time on the South Side.

The White Sox promoted Renteria from bench coach to replace Robin Ventura on Monday, hoping he can help turn around a struggling franchise.

Renteria takes over a team with one playoff appearance since the 2005 championship year. And he gets another opportunity after the Cubs unceremoniously let him go after the 2014 season so they could hire Joe Maddon.

"I'm extremely excited," Renteria said. "It's a little bittersweet because I became good friends with Robin."

The White Sox noted that Renteria is the only Latino manager in the majors and touted his ability to communicate in English and Spanish.

General manager Rick Hahn said the organization might have found candidates as good — but none better — had they looked elsewhere. He also insisted Renteria would be the right man to lead the team whether it is undergoing a major overhaul or trying to contend. To that end, Hahn said the White Sox know which way they want to go; he just wasn't about to reveal it.

"Regardless of the direction, we think he's capable of winning a World Series with the right personnel behind him," he said. "Even if we do go to the extreme of tearing this thing down, so to speak, our goal is to get ourselves back to the World Series, and our hope is to do it with this manager."

Hahn said Ventura first told him just over a month ago that he thought it was time for the organization to make a change in the dugout. Hahn said there were "personal reasons behind it" and added that Ventura "spoke highly" of Renteria.

Hahn said he did not try to persuade Ventura — who had an expiring contract — to return next season. And when asked if he could have returned if he wanted, Hahn said, "That's a hypothetical that we never got to."

Ventura announced Sunday after the final game against Minnesota that he would not return, insisting the decision was his and he wasn't pushed out despite five seasons without a playoff appearance. 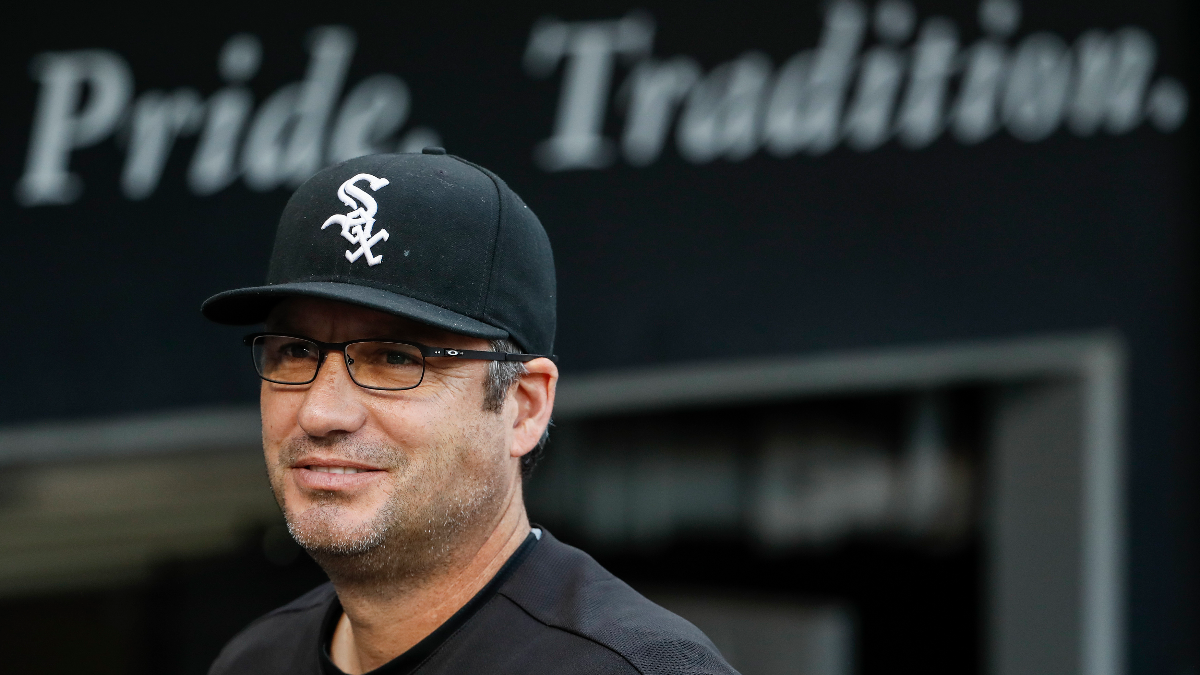 The White Sox went 375-435 but finished with losing records the past four years after an 85-77 debut in 2012. They finished fourth in the AL Central at 78-84 despite a 23-10 start that gave them a six-game lead in the AL Central on May 9. They went 55-74 the rest of the way thanks to injuries, a slumping offense and struggling bullpen.

There were also some strange incidents this year, starting with Adam LaRoche's abrupt retirement in spring training after executive vice president Ken Williams banned his son from the clubhouse. Ace Chris Sale ripped Williams at the time, and Sale was suspended for five days in July for cutting up collared throwback jerseys he didn't want to wear for a start. He later criticized Ventura for not sticking up for him in his dispute with the marketing staff.

The 54-year-old Renteria led the Cubs to a 73-89 record in his lone year and drew praise for his work with their young players. But his tenure ended with an awkward dismissal, with management reversing course once Maddon became available and letting him go after announcing he would return for a second season. Renteria and Hall-of-Famer Johnny Evers are the only managers in history to manage games for both the White Sox and the Cubs (Evers managed the White Sox in 1924 and the Cubs in 1913 and 1921).

When the White Sox hired Renteria last November, he was seen as a potential candidate to take over as manager. The change on the bench is the first move in what figures to be a busy offseason. The question is how far the White Sox go in rebuilding.

"The goal is to put us in position to win multiple championships as quickly as possible," Hahn said. "The exact path we're going to follow over the next few months is not one that we're going to reveal today."

Hahn acknowledged the potential for a strong seller's trade market with a thin free agent pool.

Sale and fellow All-Star Jose Quintana would figure to bring back a high return if they are dealt, particularly since their contracts don't expire anytime soon. Slugger Jose Abreu, Todd Frazier, Melky Cabrera, David Robertson and Adam Eaton might be attractive to other teams.

A full overhaul would be a departure for an organization that has tried to contend in recent seasons by bringing in high profile players such as Adam Dunn, Jeff Samardzija, Robertson, Cabrera, Eaton, Frazier and LaRoche, only to come up short. The team's struggles have coincided with a resurgence brought on by a major overhaul on the North Side, where the Cubs drew over three million fans — compared to 1.75 million on the South Side.

"When I look at not just the players in uniform but the entire organization, we could do better," Hahn said. "And that's why we underachieved."