Many Chicagoans have heard the word TIF, but few people understand how they work, and they may even have trouble untangling all the threads related to this complicated economic development tool.

TIF stands for tax increment financing, a definition that — on its own — misses the nuance in TIF programs. It also skips right over what the point is in the first place. So, Emily Hanneman of Logan Square probably wasn’t alone when she asked us:

What are TIFs? Where does the money come from and who decides where it goes?

To her credit, Emily may be a bit more informed than most when it comes to TIFs, since she’d been to one of Tom Tresser’s TIF presentations (more on him below). There, she learned who receives TIF money collected in the Logan Square neighborhood. But, obviously, there was a lot more explaining to do.

To help her out, we recruited three experts who’ve spent time answering questions similar to Emily’s. They are:

Armed with our experts and some Sharpies (and inspired by RSA Animates videos), we made a whiteboard explainer ... sans the whiteboard.

Think of our video as “TIFs 101” a way to wet your beak before diving head first into TIF world. (But be warned, we know from experience it’s tough to resurface quickly.) The purported benefits of TIFs are baked into their very existence (TIF districts are meant to spur local economic growth), so we also lay out critiques that have been made against the programs and how they’ve been run in Chicago: 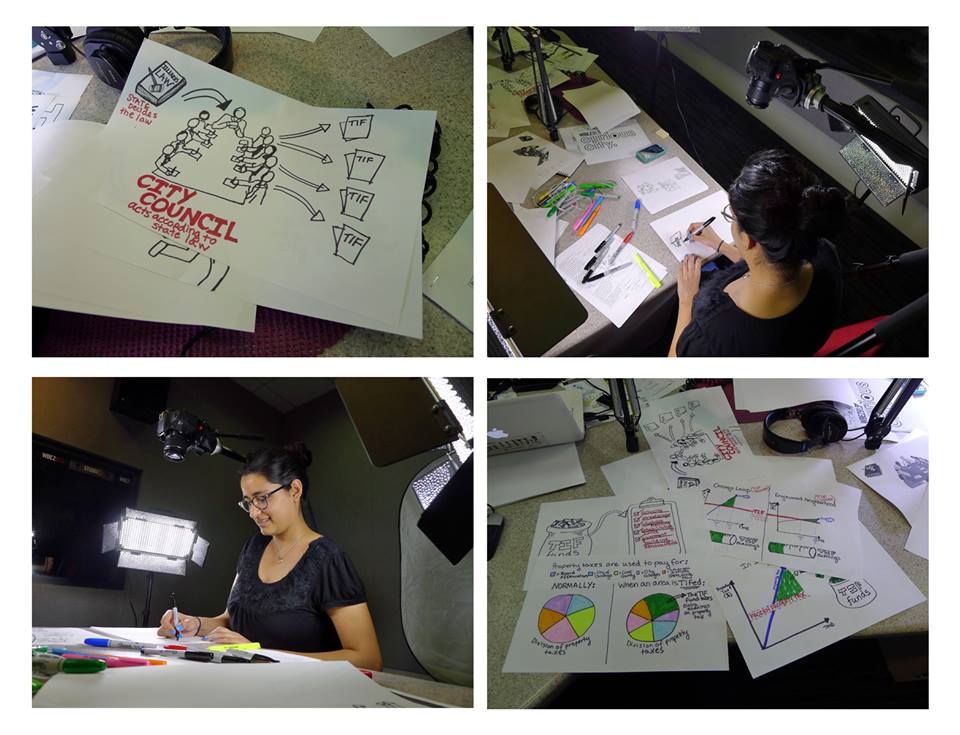 Corrections: A portion of the video above wasn't clear on the meaning of taxes that "stay frozen." The correct wording: Property taxes (and property tax bills) can rise. But under Illinois TIF law, the amount of tax revenue going to taxing bodies is frozen for at least 23 years. The difference goes to the TIF.

We also misspelled the name of a source's name. The correct spelling is Tom Tresser.