When a black couple attempted to buy a house in suburban Brookfield in 2015, they were told they had to put down the entire down payment to buy the house as-is. When a white couple visited the same home, they were told they they could hold it with a $1,500 deposit, known as earnest money — and the owner was even willing to fix all the building code violations.

But the white couple were “testers,” volunteers that pose as potential buyers or renters to investigate housing discrimination. They only went to the home after the black couple contacted the HOPE Fair Housing Center in Wheaton.

HOPE was one of six Illinois organizations recently awarded money under a $1.5 million grant from the Department of Housing and Urban Development for testing and enforcement, but testing dates back to the 1960s housing campaign led by Martin Luther King Jr. in Chicago. 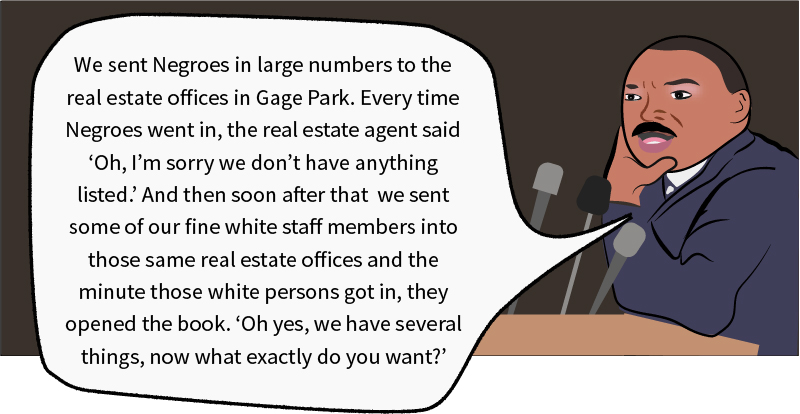 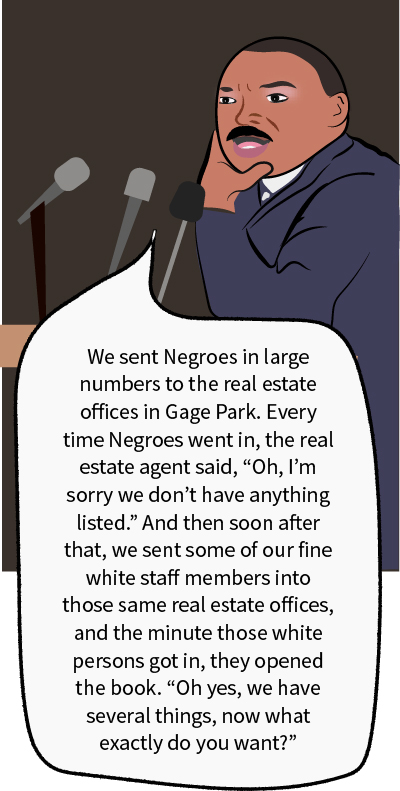 That's the basis of what fair housing organizations do today. They send two people, similar except for one detail: to visit the same landlord or housing provider. The volunteers are trained to carefully observe how they're treated and report back. A testing center might send a white man and a black man, a mother and a single woman, a person with a Section 8 housing voucher and a person without.

Testing cases can originate in a number of ways. An organization might conduct a random test in a gentrifying neighborhood or they might follow up with a specific complaint.

The Gold Coast has the highest rate of racial discrimination complaints in the city, according to a WBEZ of analysis of federal fair housing data. Mallory told a John Marshall Law School professor about trying to rent an apartment in the downtown neighborhood. Her professor suspected she had been discriminated against and convinced her to go from student to client. The law school fair housing clinic took her case and targeted the Gold Coast apartment building for testing. 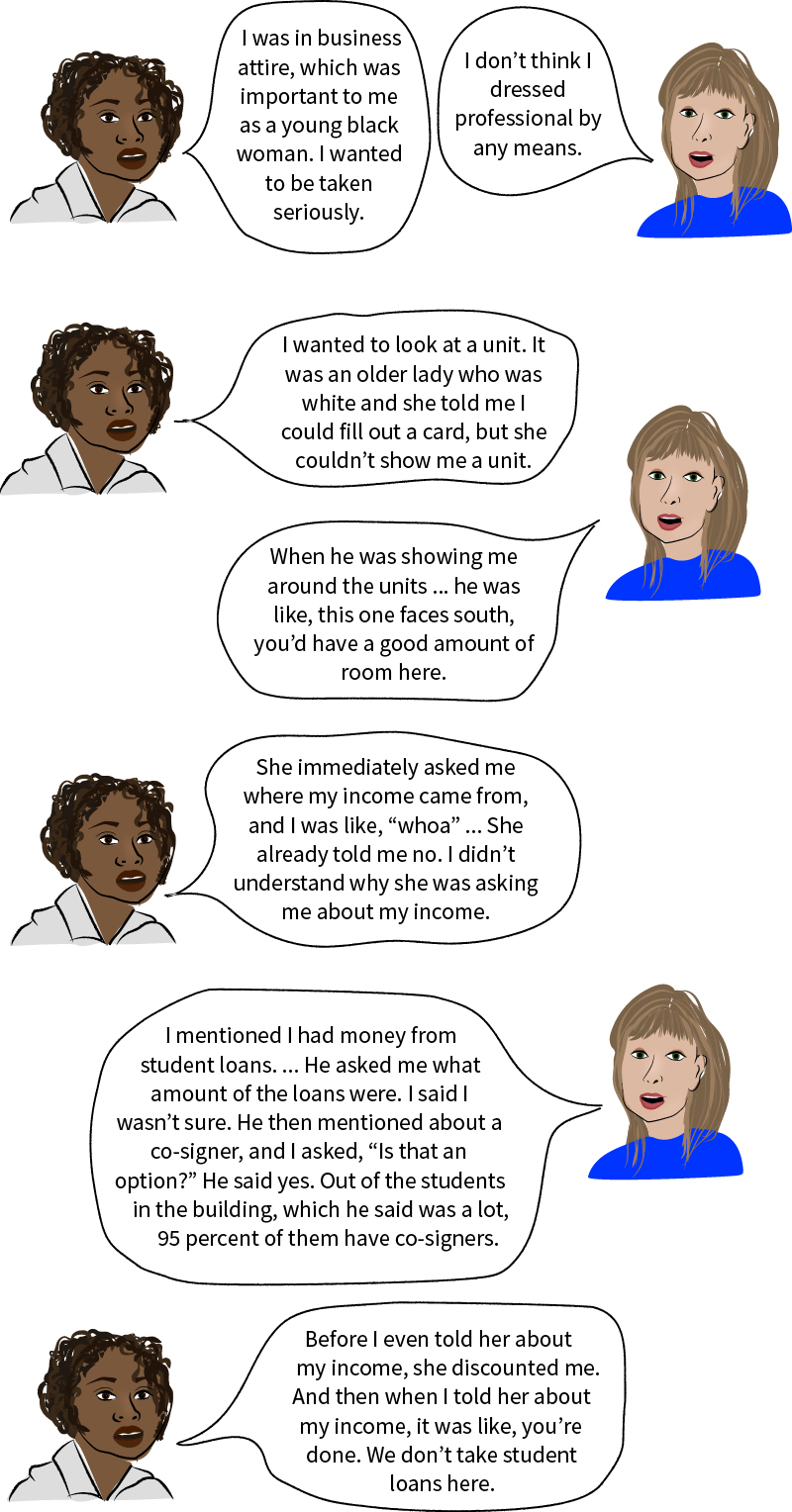 The testing was done to determine if the same apartment building engaged in racial discrimination. Mallory and Tiffany were clearly told different things. Testing is a tool that’s still relevant today.

Before the Fair Housing Act, racism was open and virulent. “No blacks allowed” signs were common. Today, it's illegal to deny housing based on race, color, national origin, sex, religion, familial status, and disability. Additionally, in Chicago, it’s illegal to discriminate against someone for source of income, such as student loans or Section 8 housing vouchers.

Racism and other discrimination can be hard to prove. After Mallory left the building, she knew she hadn't been treated fairly. It was a familiar feeling, but she shrugged it off. Testing confirmed that she had been discriminated against and allowed her to file a complaint.

"[Testing is] one way to confirm whether something happened and it makes sure we’re not filing frivolous lawsuits so we have a good leg to stand on when we go forward," said Amrita Narasimhan, testing director at John Marshall Law School Fair Housing Legal Support Center & Clinic.

Mallory said she received a confidential settlement, and the employees of that apartment building were required to complete fair housing training. The couple in Brookfield received $120,000 in a 2017 settlement, and the real estate agent and owner of the house agreed to comply with the Fair Housing Act going forward.