My parents live near a busy intersection at Sheridan Road in Evanston that, when I was a kid, only had stop signs at the East/West crossing: It was up to pedestrians and drivers to wait for North/South traffic to ease in order to cross.

In the last few years, though, the city has tried to make it easier for pedestrians to cross at Sheridan Road, putting up signs that tell drivers to stop for any pedestrians attempting to cross. This can be annoying if you’re driving and are behind someone who misreads these signs as actual stop signs, pausing at intersections where there are no actual pedestrians.

So the city has since come up with a new plan. At certain intersections, pedestrians are supplied with a tiny bucket of tiny red flags to carry when crossing the street, as captured by this photo submitted to the blog Legal Insurrection by a user calling himself 9th District Neighbor: 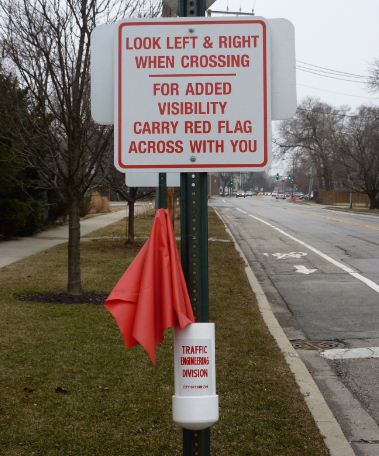 I think the city is on the verge of a very good idea here. Safe crossing for pedestrians is, of course, very important. There are just a few issues with this plan. One is that occasionally hooligans tend to engage in hijinks in Evanston, which can result in stolen flags (just yesterday my mother reported that the flags were stolen, although I suppose to be fair maybe they weren’t stolen by hooligans but by people who really needed them, like signallers on an aircraft carrier).

The second is that I do not recall “look out for pedestrians carrying red flags!” being a thing you learn in drivers’ ed. I recall other types of signals that indicate you must yield to pedestrians (one of them being the pedestrians’ bodies themselves), but flags were not a part of it. Maybe I was sick that day or something?

So, in order to avoid any confusion, I would like to suggest that Evanston perhaps scrap the flags and try another type of measure to get cars to stop for pedestrians. I’m not a designer by any means, so please be patient with me. First, I think the sign should come in a distinctive shape, something a little more eye-catching than just a circle or a square. Maybe a hexagon? 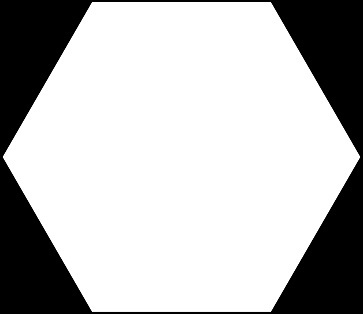 That looks pretty snappy. Then, we want it to come in a color that pops. Perhaps something like this: 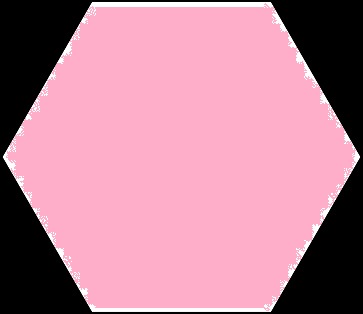 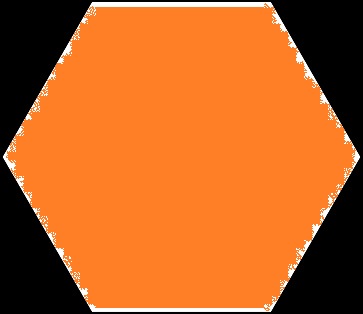 Then, we want the sign to spell out what we want the drivers to do at the intersection. Something that leaves no room for interpretation. I’m just spitballing here, but how about. . . . 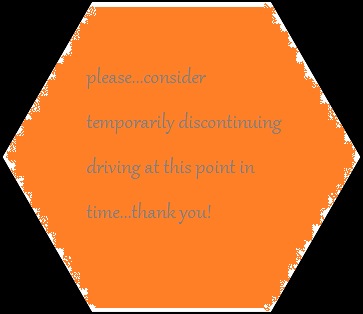 I suppose we could make it a little more concise: 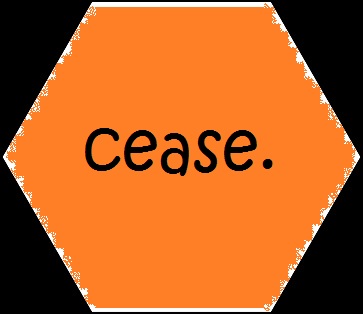 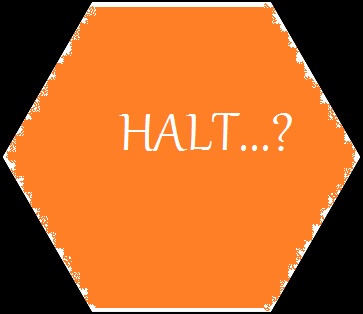 That’s the best I can do for now. I’ll leave it to the experts to see if there is a way to improve upon this. Because while the red flags are an excellent idea, there is always the danger that drivers could see the walkers as some sort of parade, which we all know is a traffic signal for “hurry up and drive faster!”