Three years ago Whole Foods Market stunned Chicago when it announced it would open in a low-income black food desert on the city’s South Side.

Englewood has higher rates of preventable disease than other neighborhoods, and its residents don’t live as long.

“I’ve been a grocer all my life,” Robb said. “That’s just not right, and we actually maybe can do something about that, or at least make a contribution.”

On Wednesday, dreary weather didn’t keep away the thousands of people who turned out for the grand opening of the Whole Foods at the corner of 63rd and Halsted streets. Some customers showed up before sunrise, and a long line formed outside the grocer’s door most of the day. In the parking lot, Kanye West and John Coltrane blasted as people tasted free samples.

In a neighborhood with 21 percent unemployment, the persistent question has been how will residents afford to shop at the upscale Whole Foods. Robb said costs are lower because the rent is cheaper.

At the grand opening, a cursory glance showed that made-to-order sandwiches that cost $8 in other Whole Foods are $6 in Englewood. The store is also about half the size of a typical Whole Foods.

Whole Foods plans to build a cooking education center across the street from its Englewood location.

Thirty-five South Side vendors have their products in the store -- from energy snacks to greens to candles to soaps.

Maya-Camille Broussard owns Justice of the Pies. Generally, her pies cost $5 to $6 a slice. She created a signature banana pudding pie for Englewood for about $4. 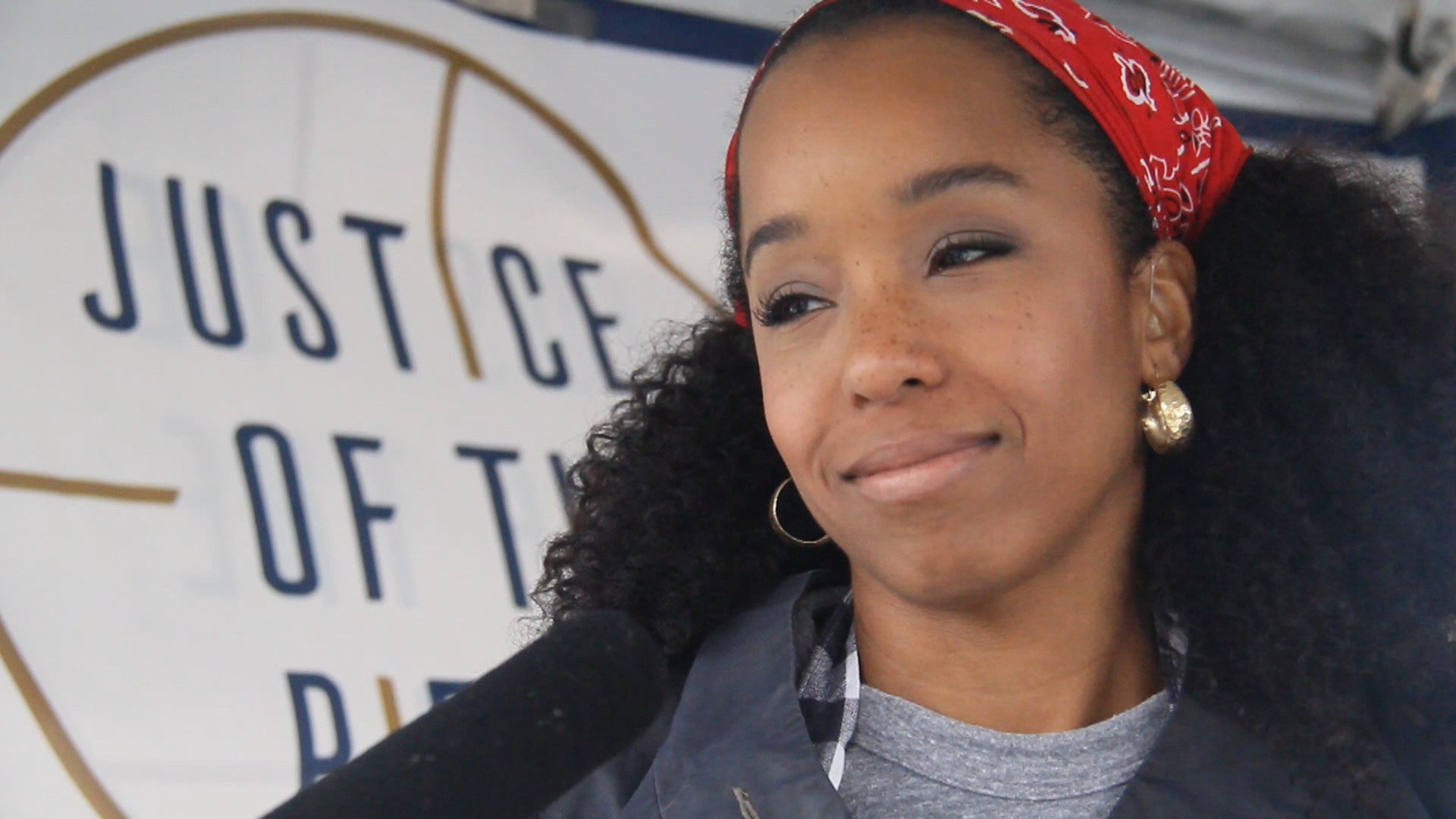 Broussard said she doesn’t want to see residents pushed out of the neighborhood, which has lost population over the decades, because of change.

“But I do want to see a reinvigoration of the neighborhood so it becomes a place that people don’t come up (with) hideous nicknames for but rather are proud of this neighborhood,” Broussard said.

Leon Walker, of DL3, is the developer of Englewood Square, which in addition to Whole Foods has a Starbucks and upcoming Chipotle. Walker, who is black, said African-American construction companies worked on the project.

“A lot of what keeps investment out of our communities is a perception of risk. And that’s not fair,” Walker said.

Walker said retailers have to look beyond the averages with the numbers.

“We’ve got 10,000 households within a mile of this store. Two thousand of those households have an annual household income of over $50,000 a year,” he said.

Englewood’s reputation has been battered by singular images of violence and poverty. Strong block clubs and community groups guided Whole Foods with their feedback. They helped with the design of the store, hot bar items and hiring.

Natalie Moore is WBEZ's South Side reporter. Follow her at @natalieymoore.