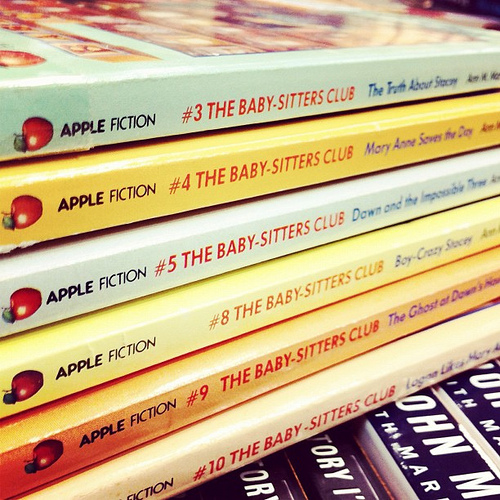 The Baby-sitters Club,the classic YA-ish series by Ann M. Martin, will be released as ebooks on December 1. This news flooded my brain with memories of the books, which I obsessed over more than any other series as a kid, possibly because the books were more about characters than plot; I obsessed over whether I was a Claudia or a Mary Ann more than I fantasized about ways to save the day. Here are my BSC memories:

Were you also a Baby-sitters fan, and if so, what do you remember most from the books?