On Friday, parties to see Donald Trump and Mike Pence take office were few and far between in Northwest Indiana.

At Ivy Tech Community College’s Valparaiso campus, a handful of students watched the inauguration on a big screen TV in a large auditorium.

Edwin Ahiga was one of them. 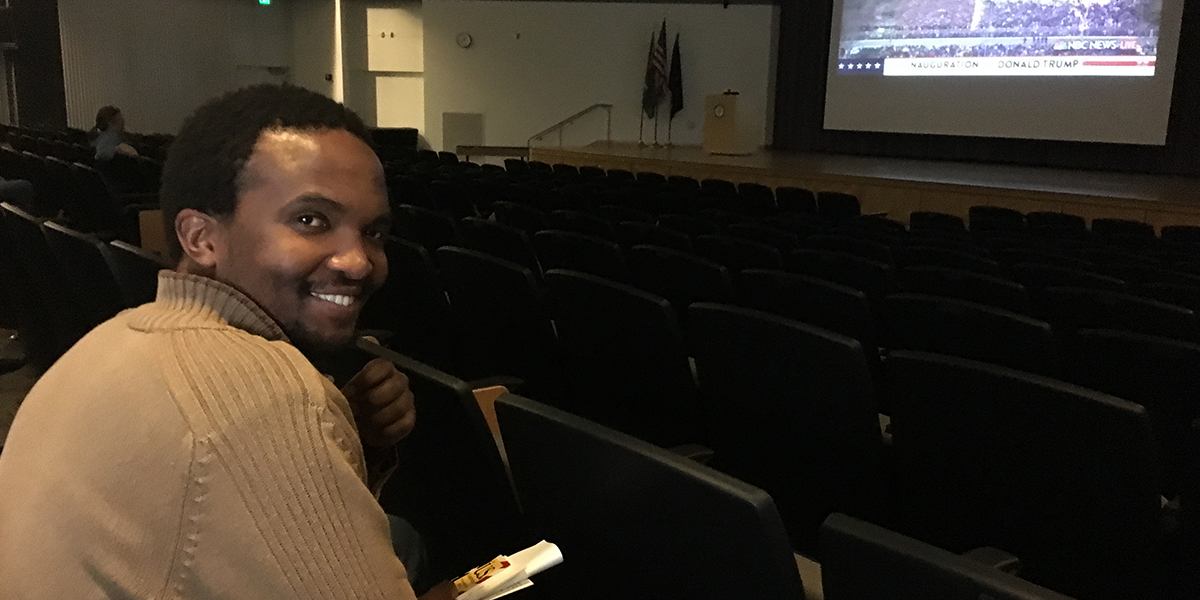 “This is the first time I’ve ever seen this. It’s a pretty historic moment despite all the differences,” said the Kenyan native. “I’ve never watched an American presidential inauguration. It’s an experience for me to see the transition of power and how the democracy is here. I just hope for the best for this nation.”

Barack Obama’s father was also from Kenya, and Ahiga said that makes him feel a special bond with the former President.

“So many people look up to him, especially the young people,” he said.

“It’s really scary. I’m not a fan of him,” Mayberry said. “It’s so much different from eight years ago. It’s too ugly now.”

At Tommy B’s, a small tavern in Valparaiso, the mood couldn’t have been more different. About a dozen patrons erupted in “Na, na, na, na, hey, hey, hey, Goodbye” when Obama was shown boarding a helicopter.

“This day is amazing. I think it’s a great day in history. I think that America will be great again,” Jamie Powell said. “It’s an emotional day for me. This whole election has been emotional for me. I’m proud to be an American.”

Powell, of Mexican and Puerto Rican heritage, said she’s been involved with “Hispanics for Trump” and has no problem with Trump filling his cabinet without a single Latino -- something that has not happened in decades.

“He chose the people that were strongest to do the job,” Powell said. “I think he chose the best people for each position in his cabinet. That’s OK with me.”

“It’s about time for that, and hopefully that will bring the country around,” Biesen said. “It’s up to America to unite itself and instead of relying on Trump to do it,”

“Social media is not helping with it all. It’s divided people more. I don’t think eight years ago it was that contentious,” Sanders said. “I think you can share your opinions but you can do it respectfully. You don’t have to attack people. We’re all entitled to our opinion and that’s what makes America great.”