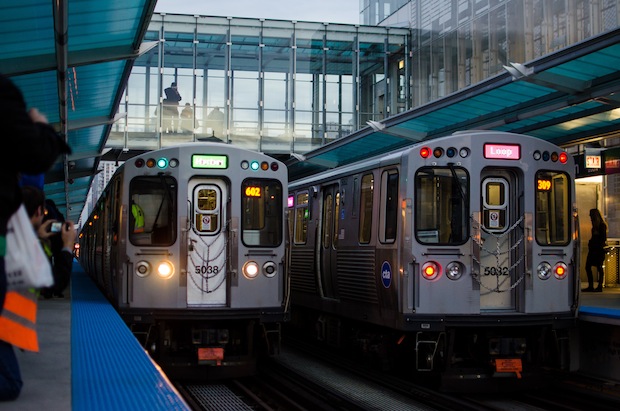 A recent Buzzfeed article, "33 Unwritten Rules Everyone Needs to Follow," reads like the internal dialogue that causes many of us to roll our eyes and shake our fists at the sky on a daily basis.
For example, Rule 15: "Put things back where you found them," a common courtesy that I found woefully lacking when I was restocking bookshelves at Borders every night until the break of dawn.
Also, Rule 19: "Hold the door when you walk in after someone," which surprisingly few people bother to do.
Now that I live in Chicago (and no longer work in retail, hallelujah!) I have noticed a particular set of "rules" to city life that most people follow without thinking, such as sitting in the window seat of a train or bus during peak travel times and calling out "On your left!" before passing other cyclists on the lakefront path.
However, an aggravating few remain—like the guy who stands on the left side of the escalator when you're already late for work, or the woman who rolls her shopping cart full of groceries into the express lane—to blatantly defy such rules whenever they can.

So without further ado, here is my list of Chicago's unwritten rules (some inspired by the comments on a Facebook status from WBEZ Afternoon Shift producer Justin Kaufmann in relation to this article, and others drawn from my own experiences as a city-dweller):

Note: The CTA voice tells us many of these things; but apparently, people do not listen to him.

What are some other "unwritten rules" that you believe every Chicagoan should follow?