My e-mails tell me you are having fun with the old Chicago photos. Many of the places are greatly changed, but someone is always able to identify the location.

I recently came across the two pictures below. They're both from 1914, and show a major street within the Chicago city limits, on the Southwest Side. 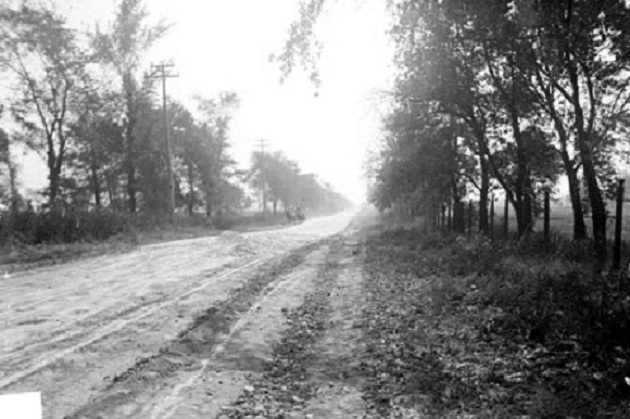 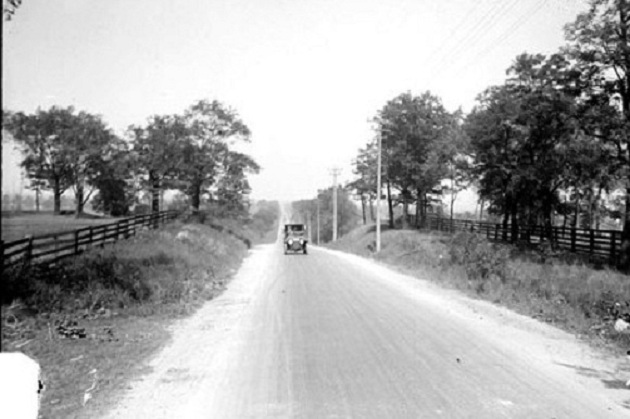 I started driving a car in 1968, so I got the job of being my Grandma Price's chauffeur. Every so often, we'd drive down a street and she'd shake her head in amazement. Then she'd tell me about how she remembered when it had been a "cowpath."

Grandma grew up on the Northwest Side. She probably wasn't familiar with the sites in the pictures. They were taken on Western Avenue, at a time when the streetcars went only as far south at 79th Street. The line was extended in 1931, and development followed. 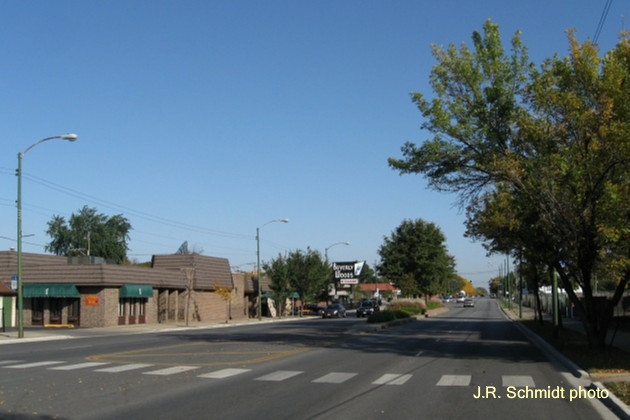 Without the caption, I don't see how anyone today could have identified location "A." I suspect the people of 1914 could not have done it. Without any landmarks, most country roads look the same.

However, I did consider using location "B" for the "Where in Chicago?" quiz. There is a clue to the site in the 1914 photo. 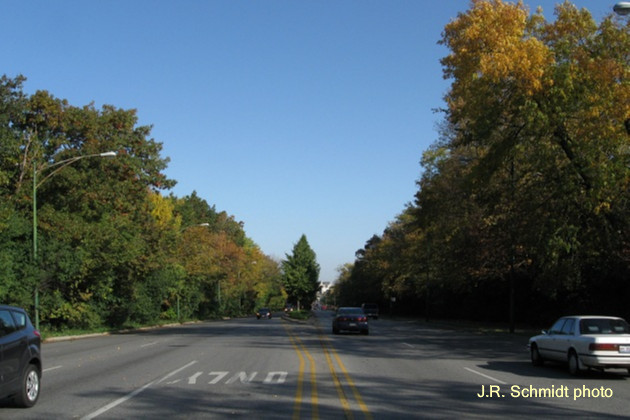 Notice that the auto in the picture is climbing a hill. That's the clue. There aren't many hills in Chicago.

In 2012 the hill is still there, and location "B" still appears somewhat rural. The east side of Western Avenue (photo right) is forest preserve. The west side is the Beverly Country Club. The highest point within the Chicago city limits is on the 2nd tee of the golf course.

Next week there will be another "Where in Chicago?" quiz. Good luck!