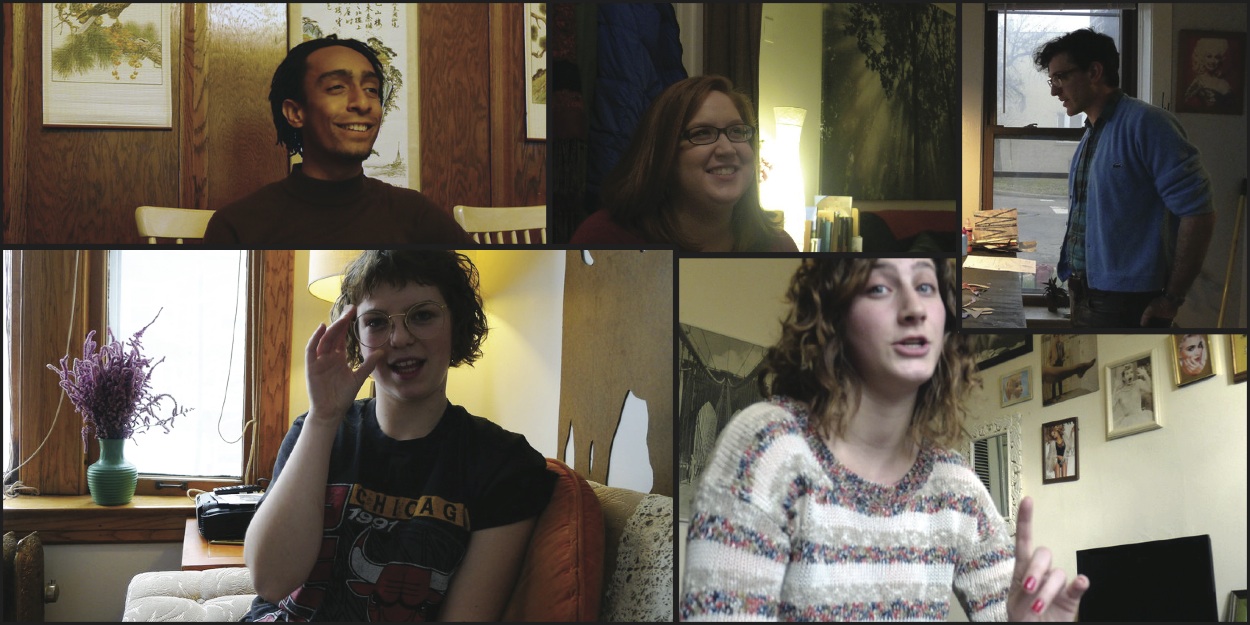 At the end of last year, I was watching a late-night talk-show host interview a famous celebrity (don’t ask me to remember which one) and something just clicked. The celebrity was charmingly discussing some terrible job he'd had when he was just starting out in his career. Of course, there were anecdotes about how bad he was at it and how hilarity ensued.

I just thought, “I’ve heard this story before, and it’s not interesting.”

Sure, it was funny in a Jay Leno-appropriate way, and it's a never-ending interview question. Just check out this recurring Wall Street Journal feature, “My First Job.” But what I found myself wanting to hear about was the truth behind that first job. Who were these performers at 22? What were they doing? What did they want? What did they consider success, back before they had achieved it?

It was this insight that prompted me to talk to young Chicagoans in the arts and performance world. There are so many tropes about what it means to be a struggling artist – that life is difficult until you “make it,” that “making it” means fame and fortune, that there is one moment when you break out and your life becomes drastically different (think of all those tales of "overnight success"), that your life is different or less worthy than the life of someone not in a creative field. This is despite the fact that during the period of America's greatest economic distress, the Works Progress Administration was created, employing artists to beautify America and support the economy.

I've experienced the reality of this lifestyle firsthand; I grew up with parents in creative fields. It was normal for me that they didn't have regular schedules or regular jobs, that they worked from home or would have a steady job for a few months and then do something different. I remember actually having a hard time when my mother did get a full-time job. At first, I was actually indignant because I was so used to having her around, I couldn't fathom the concept of a 9-to-5 job, at least for my family. Eventually, it dawned on me that this was the way most people lived.

What I’ve seen from the people in my life is that an artistic life is one that is often full of just as many predictable and frustrating moments as that of someone who wants to be a doctor, a lawyer or an insurance salesman (or another job, any job your mother would prefer rather than you becoming an actress). It often requires an equal amount of dedication and no more delusion than so-called traditional employment.

These young Chicago artists profiled here aren’t kidding themselves. They’ve picked a career path that will be challenging. But so will life — it's been challenging for them already.

What their stories attempt to capture is what it’s like to be a struggling artist, while you are still in the process of struggling, not later when you're looking back through the rosy haze of fame. What does it mean to be a 20-something artist before you are fully-formed?

This series is particularly timely, given that the recession has hit two groups particularly hard: young people and artists. Studies show the unemployment rate for recent college graduates in the arts hovers around 11 percent.

But the common thread I heard from all five individuals I talked to is this: They could imagine other realities, but this is the only one that is real now. And it's the one they really want.