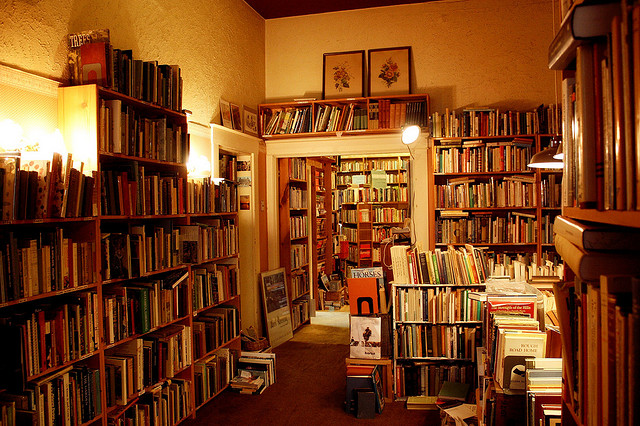 Years ago I gave up the elusive quest for the perfect Christmas gift and started buying everyone a book that I hoped they would love — or at leaset one they'd find interesting. Of course, this too is tricky to figure out. But my formula is a simple one: If I read it and liked it maybe they’ll like it too! So here’s my list of pre-certified books that may fit your gift needs — or could simply wind up being a gift you buy for yourself!

Flynn’s book surprised me and the publishing world as well. It’s been on the New York Times Best Seller list for over 26 weeks. The reason is simple: It's plot driven, character rich and suspense laden, a murder mystery without a murder. It’s about a missing wife, a troubled marriage and a totally self-centered woman who feels she has the right to play fast with the lives of everyone she knows. Its complex, compelling and addictive.

In 1992 Carol Anshaw published Aquamarine and I immediately became her biggest fan. Her latest work, Carry The One, proves that her power as a writer has grown with the years. This book tells the story of a group of friends involved in an auto accident that takes the life of a young girl. It's also a story of collective guilt and how time cannot heal all wounds.

This is my guilty pleasure for the year. I couldn’t go to Italy this summer, so I read this romantic story of Italy, love, family and memories. The story starts with Richard Burton and Liz Taylor and the making of Cleopatra in Rome. Somewhere along the line Richard has an affair with a minor actress in the film. The actress flees to a seaside hotel and the owner falls in love with her. She leaves for California and points west. A child is born.  Years later, the hotel owner sets out to find his lost first love. Then the story gets too rich and too much fun to tell you about it now and ruin it for you. The book is not a sleazy melodrama; rather, it is a charming story told by a master storyteller.

In this work, Moehringer transforms bank robber Willie “The Actor” Sutton into a romantic, modern day Robin Hood. Sutton is painted as a tough but intelligent Irish kid who turned to crime because he had no other alternatives. Sutton is depicted as a "Gentleman Thief" who reads poetry and literature and plans his bank stick ups with the precision of a Fortune 500 CEO. I learned a great deal about Willie Sutton, and learned to like him as well. The book may stray from the facts, but it’s a great read.

This is the latest installment of Phillip Kerr’s saga of Bernie Gunther, the Berlin detective in Nazi Germany who hates Hitler. Nevertheless, Bernie is drafted into the SS as a detective and is forced to serve a cause he hates. This is really story of a moral man in an immoral society and his struggle to maintain his personal dignity, sense of honor — and his life.

From the time of Homer, wars have produced death and destitution — as well as great literature. For example: World War I, Eric Remarque's All Quiet on the Western Front; WWII, Irwin Shaw's The Young Lions; Vietnam, Philip Caputo's A Rumor of War and Tim O’Brian's Going After Cacciato. The war in Iraq is no exception to the rule. Kevin Powers’ The Yellow Birds is a riveting account of what can happen to young men when they enter the “field of Mars.”

David Walker is the author of two detective series set in Chicago: The Mal Foley series, about a disbarred lawyer, and The Wild Onion series, about a former female cop and her lawyer husband, who very much resemble the New York-based Nick and Nora Charles. Walker makes Chicago and its characters come alive in all of his novels: priests, cardinals, detectives, the CIA and your occasional hitman. While the story line is a little thin, the scenery and characters are compelling.

I spent a big part of last summer in South Africa. One of the main topics of conversation was the health of the first president of the new South Africa, Nelson Mandela. So, I picked up a copy of his autobiography, Long Walk to Freedom — all 768 pages of it. This is not a hard read or one that requires a deep knowledge of African politics. This is simply the story of a man  who believed that injustice to any man or woman, no matter what their color ethnicity, is wrong. This is the story of a man who spent 27 years in prison and refused to hate those who put him there. This is the story Africa’s Abraham Lincoln.