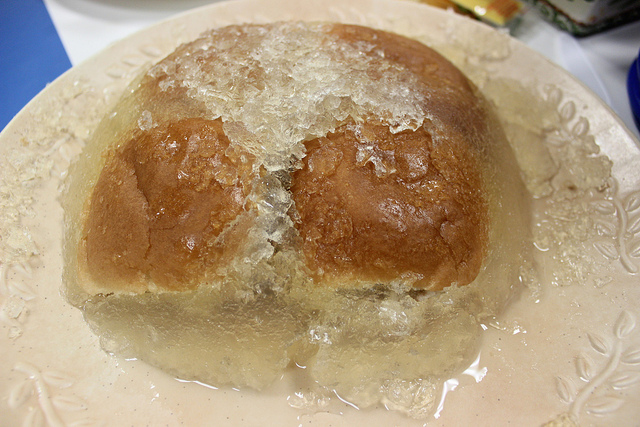 [J]ust thinking about those tender little White Castle burgers with those little, itty-bitty grilled onions that just explode in your mouth like flavor crystals every time you bite into one... just makes me want to burn this motherf---er down. 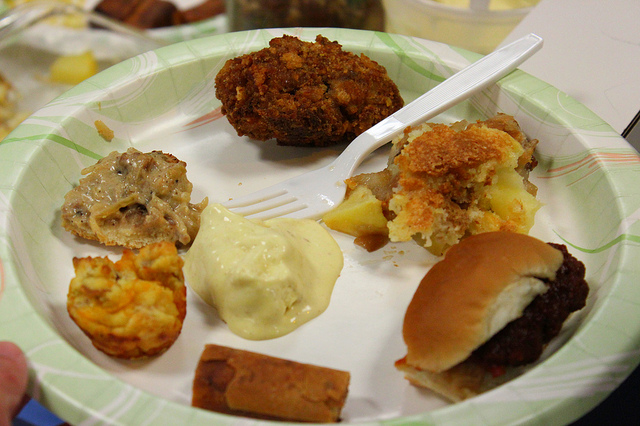 Aspic is a gelatin made with stock or consommé, the latter perfectly clarified, classically with a raft of egg whites. It was once used as a preservation method in the Middle Ages, sealing meat from air and slowing spoilage. Aspic became, at its best, a chef's shimmering edible palette at the most formal occasions. I loved learning to make it at Le Cordon Bleu in Paris, and appreciate its cool, textural, and taste contrast to the rich dish encased within.
A recent rendition of Sliders in Aspic, however, was an unholy thing. Cold, hard, flavorless, lifeless jelly imprisoning a quartet of White Castle hamburgers in suspended inanimation. Tibetan Buddhists portray Hell as cold. If so, this is what you're force-fed for eternal damnation.
The rest of the dishes at the inaugural, unofficial, local White Castle Cook-Off were actually pretty good, including the ice cream. 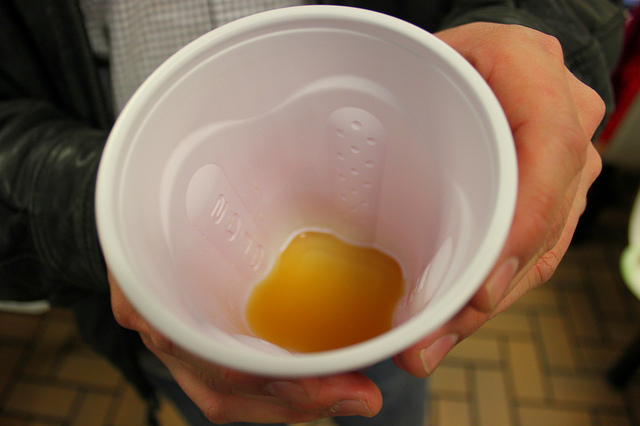 The event last Saturday was organized by Catherine Lambrecht, one of the founders of LTH Forum (and my dear friend), with fellow members submitting a total of eight dishes, each using sliders as a key ingredient. The challenge was born from a heated thread, "White Castle: Far Worse Than I’d Imagined," started last May by David Hammond, who writes the Sun-Times Food Detective column and contributes occasionally to WBEZ.
The original White Castle buildings were inspired by Chicago's own historic Water Tower. White Castle #16 not only still stands at 53 E. Cermak Rd., but won landmark status last year, as first reported by architecture blogger Lee Bey. Built in 1930 and restored in 2010, it's now home to Chef Luciano & Gourmet Chicken. A working White Castle stands nearly across the street, both just beyond the gates to Chinatown.
I was introduced to White Castle as a child by my grandparents, the small burgers similar to Chinese meat-stuffed steamed bao, continue to hold a nostalgic place on my plate. 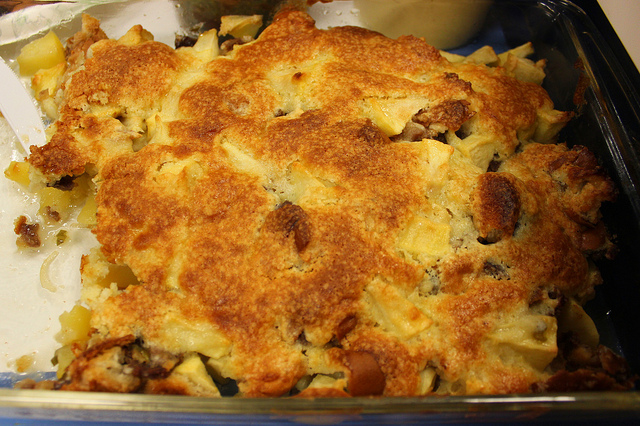 Their precedent is the official Crave Time Cook Off Recipe Contest, which has given us such contemporary classics as the White Castle Turkey Stuffing, the winner in 1991.
Last weekend we tasted some contest recipes but also original creations, two of which we who bore witness and tastebuds agreed tied for best: White Castle-Breaded Fried Chicken and Slider-Stuffed Lumpia. The Slider Consommé looked like an unmentionable sample in the clinical context, but with a flavor mercifully and pleasantly reminscent French onion soup. The Slusterd was an convergence of sliders, mustard, and  frozen custard, which somehow represented all three worlds but was actually not bad. 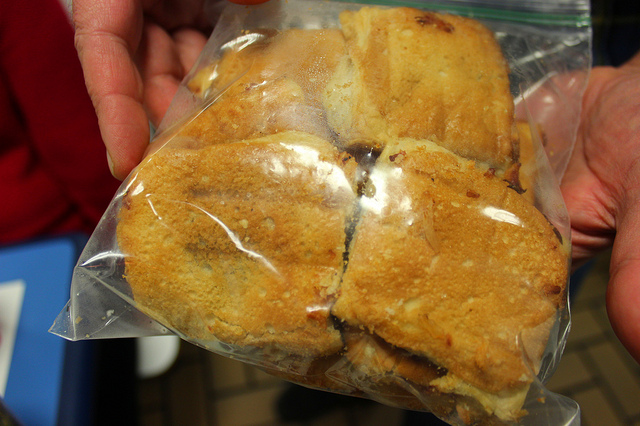 The Sliders on a Shingle used a little-known secret menu option: bottom buns only. The Savory Slider Puck Cakes were essentially cheesy mini muffins. Lambrecht herself made 1999 Finalist, Castle Cobbler, using real apples, and the 2012 Cook-Off Winner, Sloppy Sliders.
The Sliders in Aspic however, was, well, some things can never be untasted. 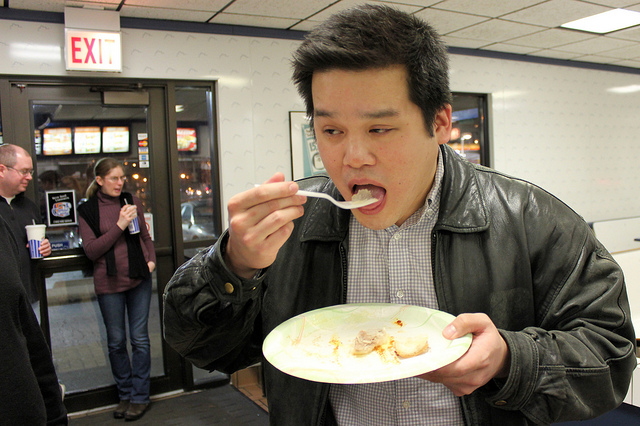 White Castle opened its annual Valentine's Day reservations yesterday. Love will be in the air with tablecloths, candlelight, flowers, and the aroma of those those little, itty-bitty grilled onions. 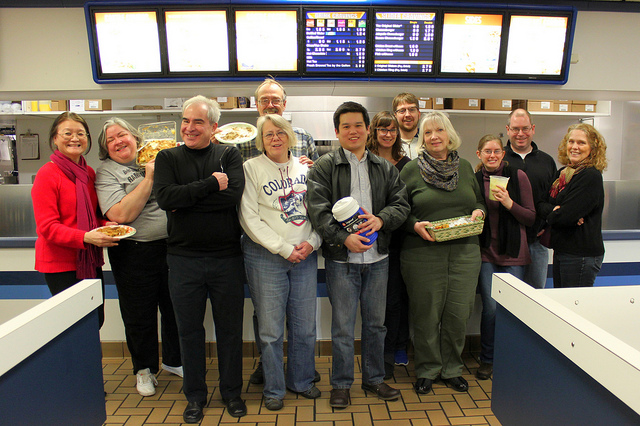