With octagonal stairwells, classrooms without windows, and hallways that lead to nowhere, a trip to the Behavioral Sciences Building at the University of Illinois at Chicago can be like walking inside an M.C. Escher drawing.

The building is a relic of the university’s attempt to create an ultra-modern urban campus designed by architect Walter Netsch.

The bizarre layout was an exercise in “Field Theory,” Netsch’s highly conceptual aesthetic that got rid of the strict rectilinear forms other architects used at the time. Netsch described his theory as the repeated organic shapes of flowers in a field.

And the drawings for the Behavioral Sciences Building — and a modern aerial view of 1007 W. Harrison St. — do in fact look like a dense field of flowers. Some are simple octagons, while others are eight-pointed stars with complicated angles.

Netsch embraced the feeling of being in a complex web or maze. But former UIC student Evette Ocasio, who asked us about the building, said the “confusing and inaccessible design” made it difficult to find her way around. 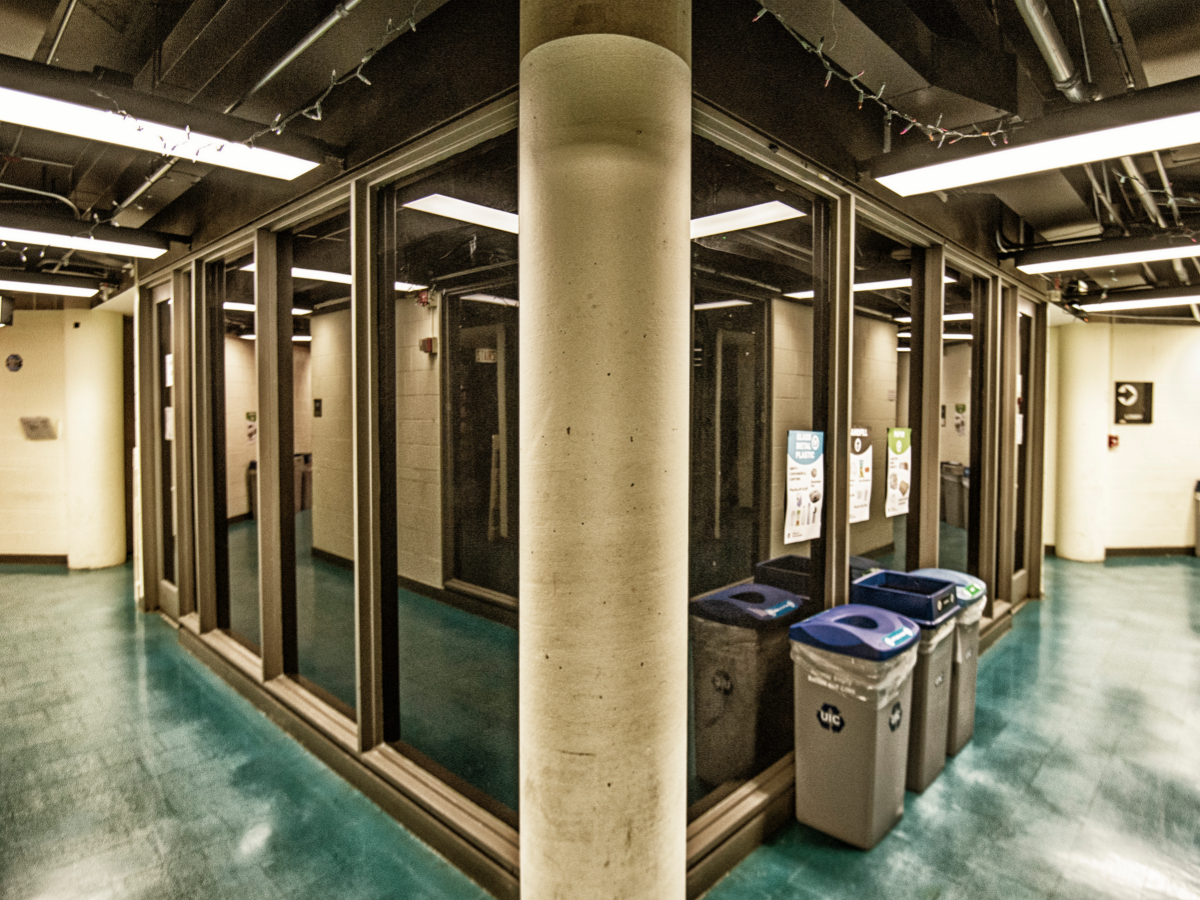 Netsch was an edgy architect who made his first big splash in the mid-1950s with the ultra-modern design of the U.S. Air Force Academy in Colorado.

In the early 1960s, he was tapped to design the UIC campus. He envisioned a series of buildings that would be connected by walkways above the sidewalk. His plan was to create a place literally apart from the urban streets.

The centerpiece would be the Forum, a huge amphitheater southeast of the Behavioral Sciences Building.Netsch used his Field Theory on three UIC buildings: Art and Architecture, Behavioral Sciences, and Science and Engineering South.

But Netsch’s designs for the Art and Architecture and Science and Engineering South buildings were only partially executed. While still complicated inside, they don’t go as far as the Behavioral Sciences building. 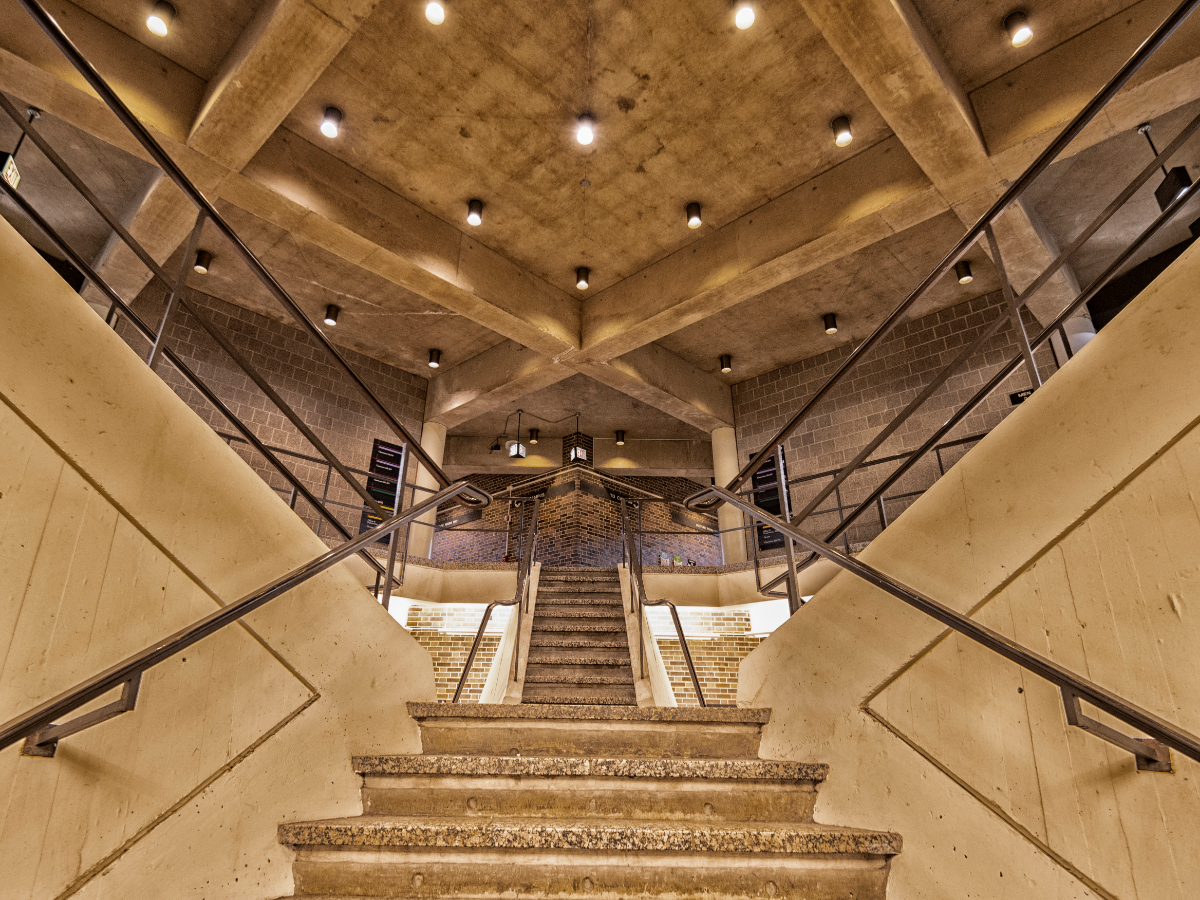 Inside Netsch’s buildings, UIC has installed signage to help people get around. But the biggest changes since construction have come outside.

In an effort to make the campus less urban and more green, the campus was renovated in the 1990s. Much to Netsch’s dismay, the second-story walkways were torn down and expanses of lawns, shrubs, and trees were added.Taking down the walkways left the Behavioral Sciences Building with some unusual new features, including a concrete plaza sticking out of the building and a series of external walkways that seemingly have no reason to be there since they don’t connect to the larger second-story system anymore.

Follow those walkways today and you'll find concrete pyramidal benches, which Netsch called excedra, where small academic groups could meet. Now, they're one of the few remains of Netsch's vision for a second-level outdoor realm. 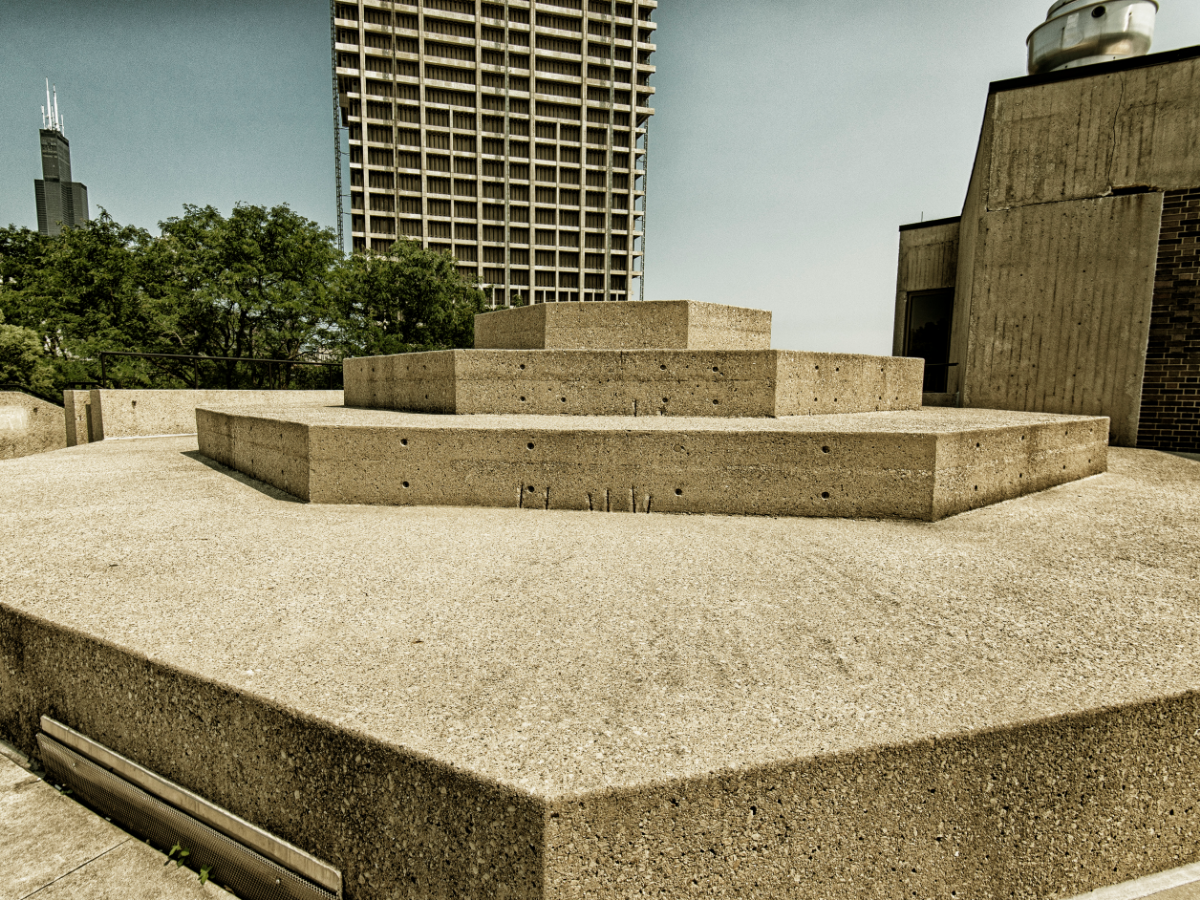