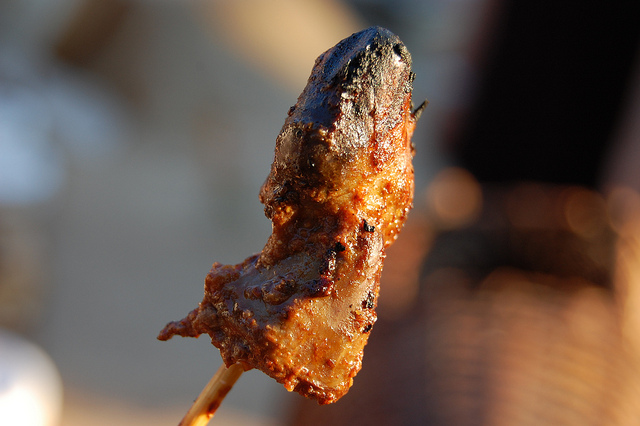 Taste of Chicago closed Sunday night and while the check hasn't hit the table yet, the grandaddy of all food fests has received mixed reviews, including mine. The reports don't mention a beloved event that's been held around the same time for a dozen years and known arguably as the real Taste of Chicago: the Green City Market Chefs' BBQ.

The numbers can't compare, with Taste's millions of attendees and the BBQ's 2,200. Plus Taste is intended as a profitable event for both the city and vendors, while the BBQ is a benefit. Neither can be the other, but for sheer culinary artistry, and both outdoors, the relatively little BBQ towers over Taste.

One number merits comparison. This year's Taste scaled down from nearly 60 vendors to only 40, while the BBQ program lists 101 chefs — plus cocktails, beers, wines, cider, coffee and tea. The actual number was as hazy as the smoke that hung over Lincoln Park, since some teamed up and offered more than their expected menus, and all used primarily product from the market.

The one night only fête is the Green City Market's "largest fundraiser and supports the market and its educational initiatives including chef demos, Club Sprouts, Edible Gardens, farmer education programs, Heirloom and Heritage Project, annual Locavore Challenge, [and] Savor the Seasons festivals."

I tasted 50 items, documenting and doggy-bagging non-stop for about three hours. Here are some of the trends I observed at GCM BBQ 2012: 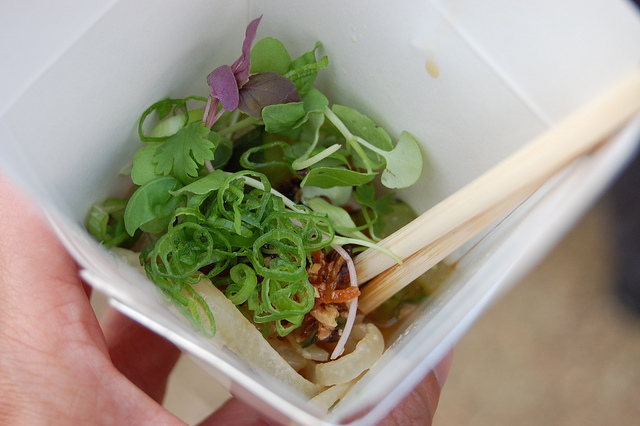 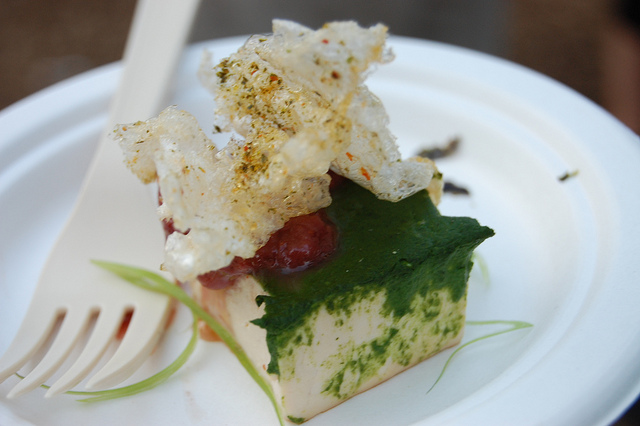 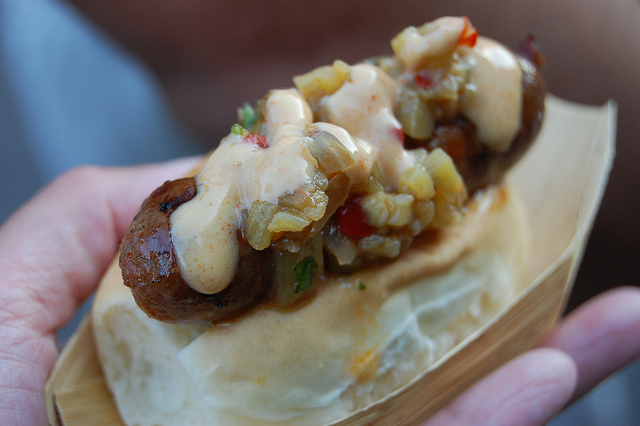 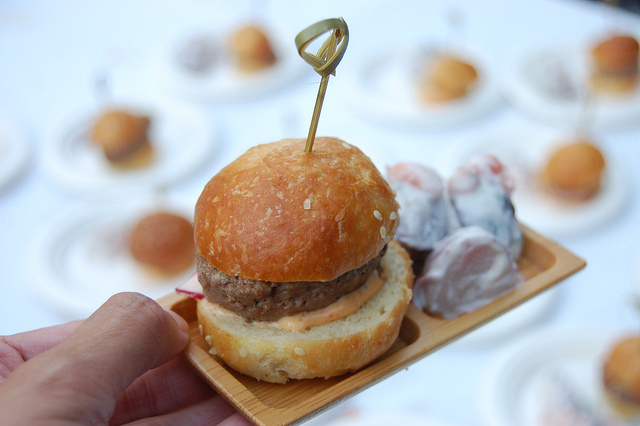 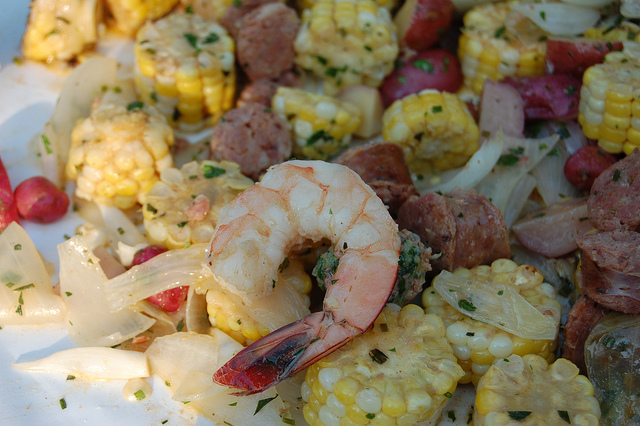 Corn. With the dire news about this year's corn because of the drought, it was almost like finding gold on Girl & the Goat's goat tostadas. Also tasted: on Sable's smoked duck, with Benny's glazed bacon and MK's roasted elotes. 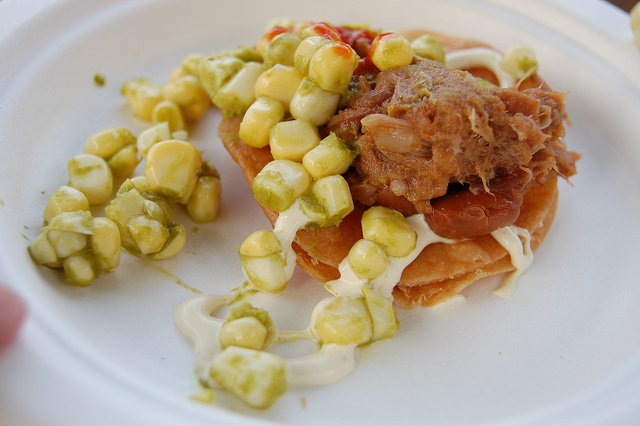 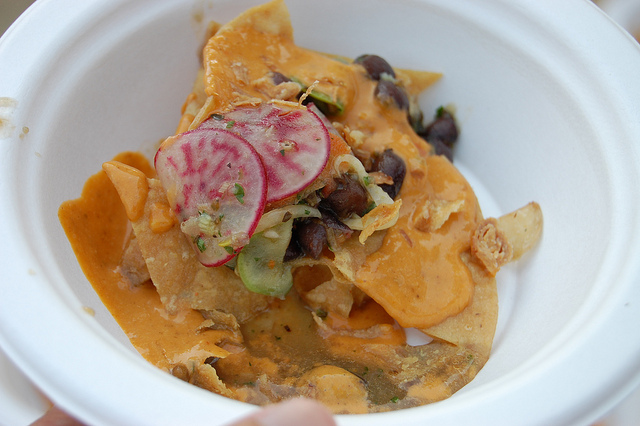 Mexican-ish. The crossover continues with avec/Big Star/Blackbird/Publican/Publican Quality Meats' beef barbacoa. Barbacoa, traditionally made with a whole pig, is considered the original BBQ. 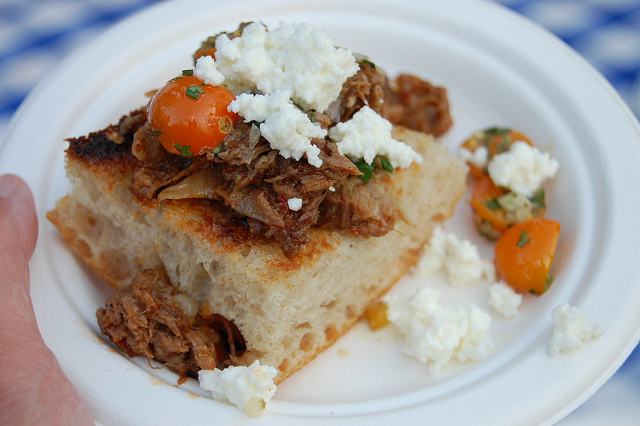 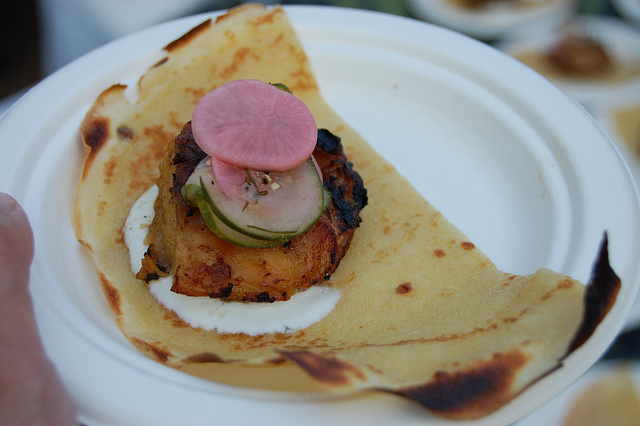 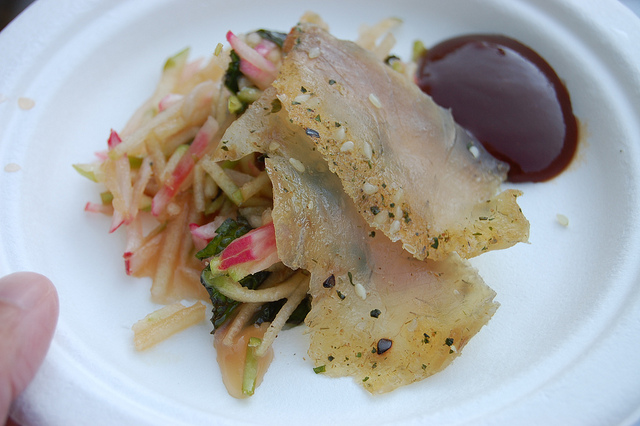 Modern art. So many of the dishes were beautiful but a few truly stood out in not only their plating, but also creativity, including Atwood Café's warm corn, vanilla, tomato water, and tobacco gelée with crispy housemade guanciale. Also tasted: The Signature Room's smoked Superior trout with wasabi chip, Uncommon Ground on Devon's uncommon chilled BLT and Moderno's chilled cucumber melon soup. 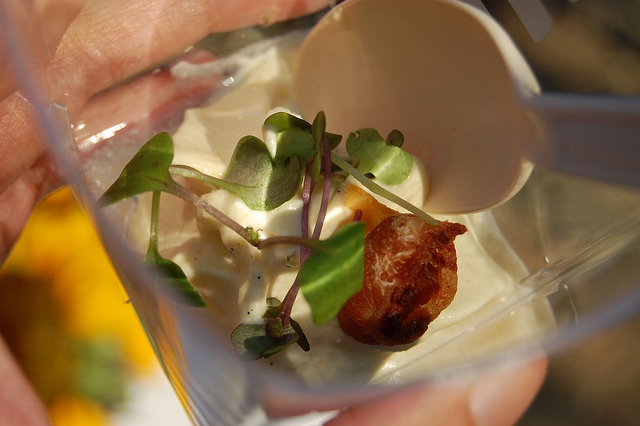 Desserts. What was once an afterthought was now a star of the show — and perhaps deserves a show of its own like Green City Desserts — like Hot Chocolate's made-to-order ice cream sandwich. Also tasted: Benny's chocolate pudding cake, The Chopping Block's grilled apricot, Nightwood's strawberry shortcake blizzard, Uncommon Ground on Clark peach pot de crème and Sepia's summer fruit salad with cookies. 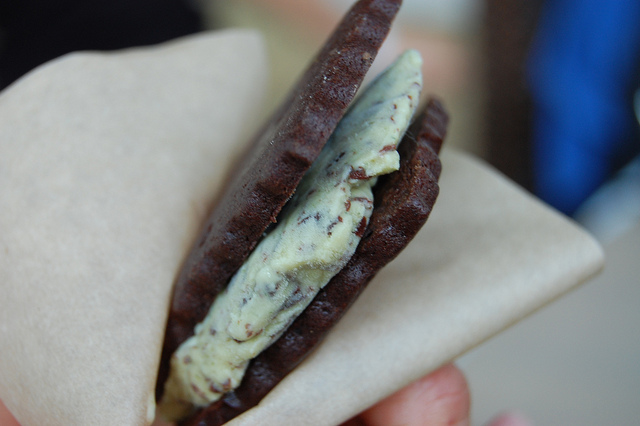 Drinks. As could Green City Cocktails stand alone. It was impossible to taste all the beverages, though I could have sipped Intelligentsia's iced tea all night long.
To view all my photos as a slideshow click here. To see some of what I missed, check out the galleries by Anthony Todd at Chicagoist, Nick Kindelsperger at Serious Eats and LTHForum.com. 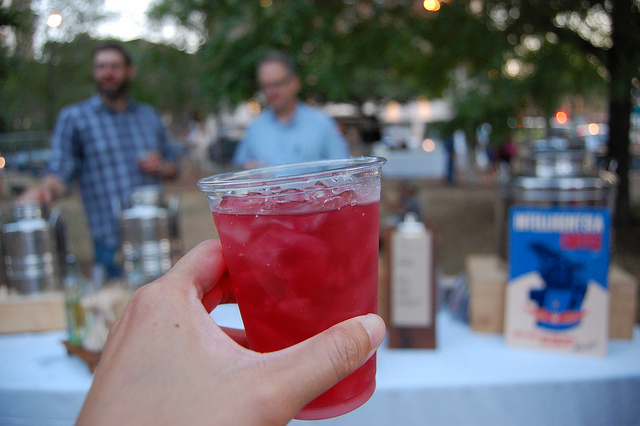