Daily Show host Trevor Noah is in town this week for a series of sold-out tapings from Chicago’s Athenaeum Theatre beginning Monday night.

In a conversation with Morning Shift host Jenn White, Noah talked about the impact of President Donald Trump’s election on the show.

“I felt like we had been given a purpose that went beyond just satirizing the news,” Noah said. “I felt like I had a responsibility and an opportunity to work towards giving an honest view on what I believed this president would be.”

Noah has gradually made his mark since replacing Jon Stewart in 2015. Comedy Central reported that February was the show’s most watched month with Noah at the helm.

Appearing on Morning Shift, Noah discussed how he’s managed his emotions as the newish Daily Show host, how the media has covered Trump, and how being an expatriate from South Africa has prepared him for American politics. Below are highlights from the conversation.

The Daily ShowOn the impact of election night on

Trevor Noah: The one thing I do know is I felt like we had been given a purpose that went beyond just satirizing the news. I remember the night because I remember looking around and the people who seemed to be most devastated by what had happened was most of my female colleagues. I remember one of them looked at me and she said, “As a woman, I feel like my country has betrayed me.” Because they chose a man who clearly, clearly didn’t have a respect for women.

I remember in that moment — I mean, it’s because we had become a family, it’s because we’d spent so much time together — I felt like I had a responsibility and an opportunity to work towards giving an honest view on what I believed this president would be.

How being an expatriate shapes his view of American politics

Noah: When I look at South Africa’s politics, not only was it 10 times as tumultuous but also it’s politics that has all of the same notes of crazy. It has a lot of the same feeling that America’s going through now.

I still see the crazy in it though, because I don’t think you ever get over the crazy if you try to live in a world where there’s a general level of sanity. So I still see that, but coming from a country that’s not the U.S. gives you a little bit of a different perspective with regards to what is happening. And I think, what was nice is growing up completely imbued with American culture. It’s not completely foreign to me.

All of America is far more familiar than people will ever realize for most of us that come from another country. Because we live America, through its food, its music, and its TV. And so the only difference is living on the ground with the people, you process information slightly differently because of where you’re from. 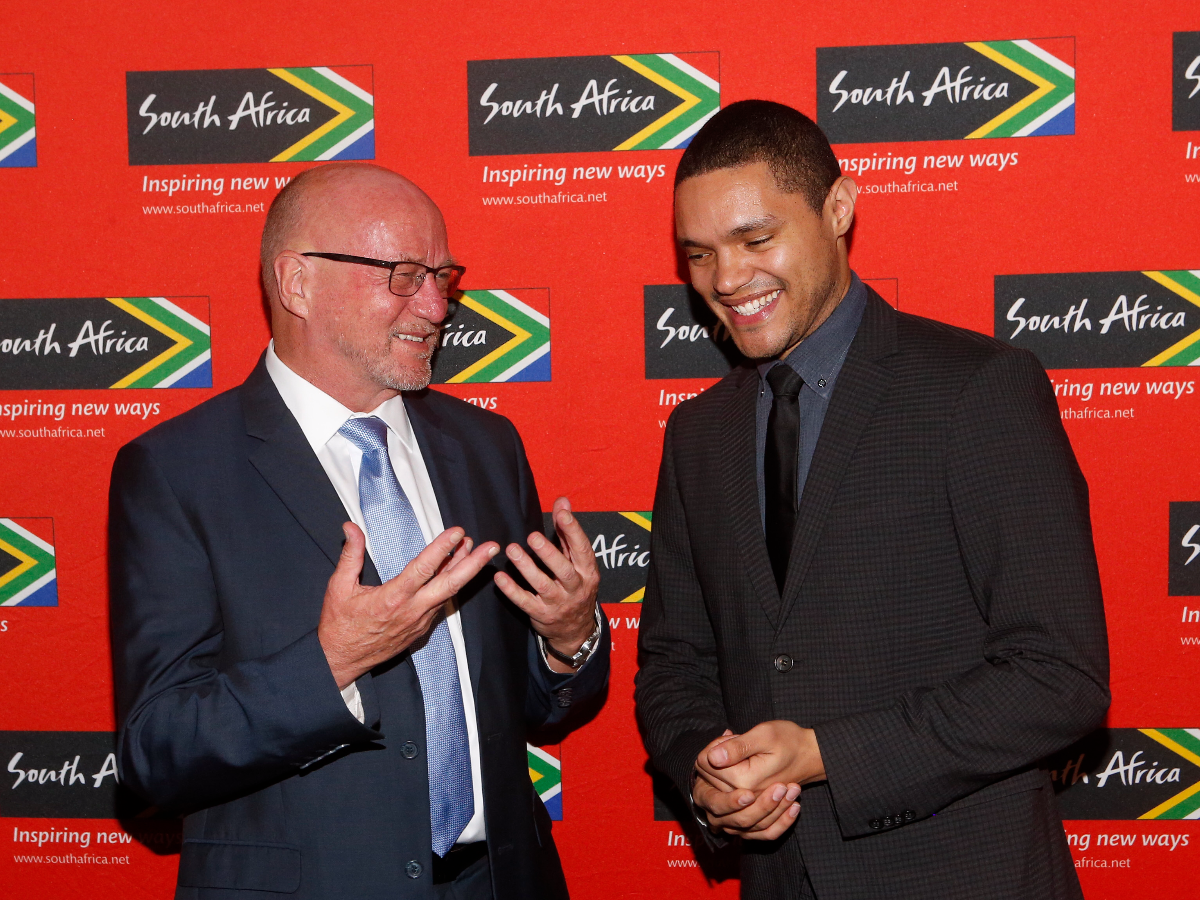 On how the media has covered Trump

Noah: For the most part, many organizations have adapted well to the age of Trump, which is not an easy thing to do because one thing we’ve learned is that shame is no longer a tool that is applicable in this administration. Gone are the days of shaming anyone in Washington into doing something because it goes against what they previously said they stood for. And so I think that they’ve done a good job of pivoting to cover what is easily one of the most distracting and difficult organizations to cover.

Jenn White: That’s an interesting point about shame no longer being a tool. What do you make of that turn and what do you think it means for politics in America?

Noah: Well it’s scary and it’s dangerous because when you get to a level where partisanship is so extreme that shame no longer is a factor, then you’re in a really interesting place because you don’t know what you can use. Because if people aren’t held accountable for what they say — people who are governing or ruling people — then what do you have to hold against them? There’s nothing.

On managing his feelings in his first days as host

Noah: I think there were a few ways I managed it. I’m really lucky that my friends and family have always been very supportive of me as a human being. So I had a great support system. …

I was also lucky that I had a network that believed in me. Comedy Central from the very beginning said, “Listen, we’re in this for the long haul with you. This is not an overnight thing. So take your time. Show us your vision and we will back you. And it may take time for other people to see what you’re trying to create or even come around to it, but as long as we’re on the same page, we will back you.”

And that really helped a lot, because it helped me focus on what I was trying to do as opposed to what people thought I was doing.

Noah: The other thing I relied on was Jon Stewart. He’s been a priceless resource for me as a human being because I don’t spend any time talking to Jon about making a show or what goes into the episode.

Instead I’ve relied on Jon as a friend who could give me insight and wisdom into how he dealt with many of the things that people forget he dealt with when he took over The Daily Show. He took over from Craig Kilborn and he also faced self-doubt. He had many cancelled pilots, and people said he couldn’t do it and he was going to crash the show. He lived in a world where he didn’t know if he could do it, and over time he came to learn.

So I was lucky in that I could lean on him, and he completely gave me insights into the emotions surrounding taking over a show like this.

This interview has been edited for brevity and clarity. Click the “play” button to listen to the entire conversation, which was adapted to the web by producer Justin Bull.