If you want to see a bald eagle in Chicago, you could head to Lincoln Park Zoo.

Or you could go to Lake Calumet, where they fly free.

The only problem is that the lake on the city’s far South Side is closed to the public.

“Kids in our neighborhood can’t even tell there’s a lake out there. They’ve never been out there,” said Tom Shepherd of the Southeast Environmental Task Force, an activist group. “And then they put up that big barbed wire fence around there and closed it off.”

Shepherd and other community groups, like Friends of the Parks and the South Area Civic League, are fighting for greater public access at Lake Calumet, which is controlled by the Illinois International Port District. But they’re now worried that the port’s plans to expand might mean less public access, not more.

For years, public access to the land has been at the center of a debate over the future of this part of the Southeast Side, which has long struggled with somewhat of an identity crisis. For Shepherd and various community groups, transforming this industrial site into a massive park would have a lasting impact on the area and make it more attractive to live in.

But on the other side of the debate, the port district and its supporters say reinvesting in the site would create more jobs for an area that desperately needs them, and their dreams of a revitalized port are buoyed by a bill in Springfield that would forgive a $15 million loan to the port.

The genesis of this debate began in October 2014, when the city of Chicago and the state promised greater public access to the lake. Gov. Bruce Rauner nixed that plan when he took office because it was "not a good deal for Illinois taxpayers," said a Rauner spokeswoman.

As the port now seeks to expand operations, activists like Shepherd worry it is leaving those community access plans behind.

The port is developing a five-year plan that includes upgrades to its infrastructure but may also involve the building of a marina in the northwest section of Lake Calumet — the area where activists are hoping will be set aside for public use.

Activities like rowing, hiking and fishing are just some of the things community members are hoping for at Lake Calumet, but the port’s future plans may hinder that dream. There are also plans for a hotel on port district property that would serve visitors to the Pullman National Park.

Before the port can do any of this, it needs help from Springfield.

That’s where the debate in the state Capitol comes in: To aid its expansion, the port district wants the state to forgive a $15 million loan it took out nearly 40 years ago — a loan on which the port has never paid a dime.

That non-payment has hurt the port’s reputation with banks and its ability to borrow money, said Clayton Harris III, who joined the port district as its executive director in May 2016.

“We’re now at a place where we’re stagnant and we’re not really able to grow because we can’t do certain things because we don’t have the flexibility,” he said.

The port never made a payment on the loan because the state didn’t require it to do so unless it made a profit. 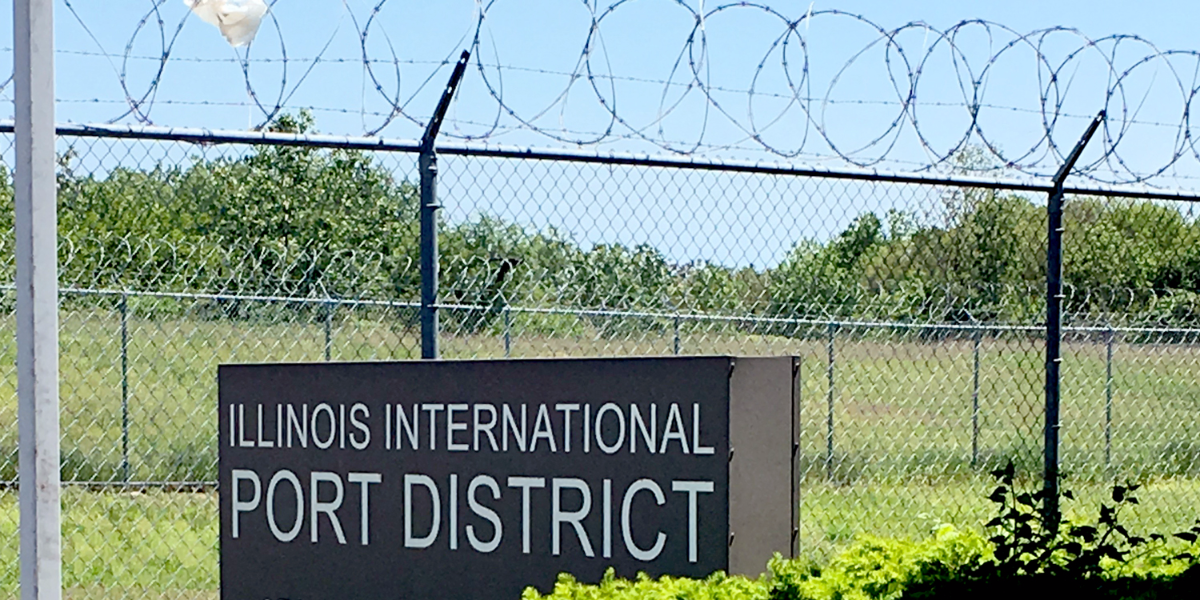 The bill to forgive the loan, HB 1797, passed the Illinois General Assembly last week. A spokesperson for Rauner said the governor’s office is still reviewing it and declined to say whether Rauner would sign it into law.

But forgiving a multimillion dollar loan in the midst of Illinois’ fiscal woes could be a tough sell. Some Statehouse Republicans say the idea is just bad public policy.

The bill’s sponsor, Democratic state Rep. Will Davis (D-East Hazel Crest), argues that forgiving the loan is key to allowing the port to become profitable.

“Unless this loan is forgiven, then they are just stuck,” he said of the port officials. “And when it comes time to build what’s necessary to help that Roseland, West Pullman area grow, they won’t be in a position to do it.”

Harris said community members only object to the loan forgiveness because they think he’s against allowing public access on portions of Lake Calumet.

“Community access, environmental remediation, these things are on the table,” Harris said.

But some community groups object, and they view the loan forgiveness bill as part of a plan to shut out the public. Ideas by the port district to build a marina or a hotel at Lake Calumet won’t help the community, said Shepherd.

He said he worries that Harris wants to make the port “a playground for people who are well-heeled and not the people in the neighborhood that live on my block,” Shepherd said.

Shepherd said he wants the plan the city and the state promised two years ago — and similar improvements now seen along the Chicago River, which has turned from a polluted waterway to a thriving seaway for recreational activities.

“It’s our turn,” Shepherd said. “That’s what we have been fighting for.”