I’m fascinated with Chicago history — that much is obvious. I also like old movies. I don’t read much fiction, though I do have a weakness for detective stories.

You Bet Your Life combines all three of these preferences. This “Toby Peters Mystery” was written by Stuart M. Kaminsky in 1978. 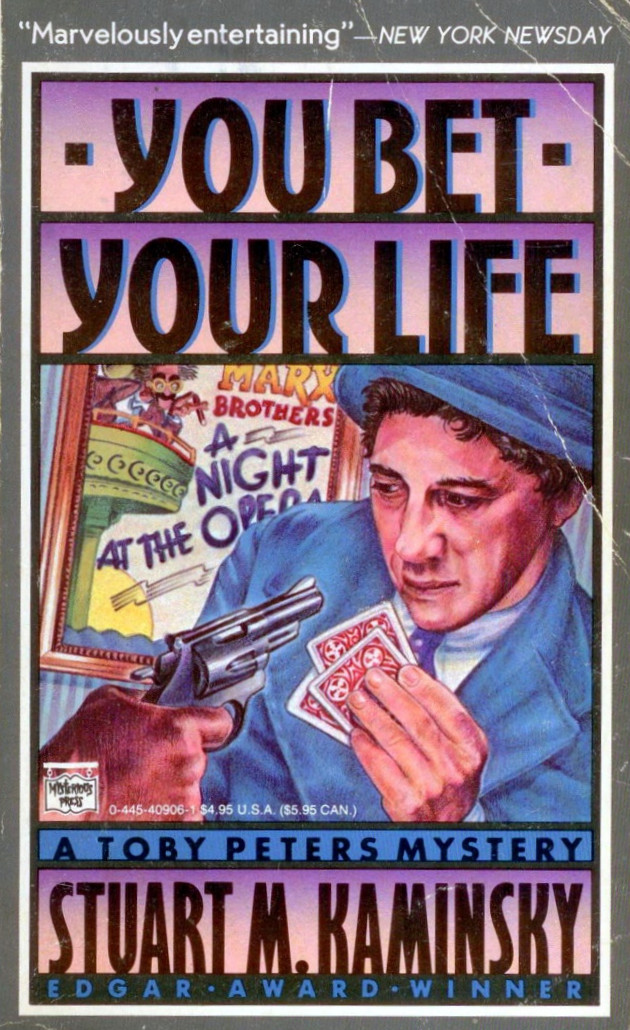 Kaminsky (1934-2009) was a native Chicagoan. He earned a PhD in speech at Northwestern, and was teaching film studies there in 1977 when he published his first novel. His character Toby Peters is a 1940s Los Angeles detective whose cases usually involve Hollywood stars and the film industry.

The heart of the novel is set in Chicago. As someone who grew up in the city in the 1940s, Kaminsky lovingly captures the feel of those times. The story also has cameo appearances from such figures as Al Capone, Ian Fleming, and a young state senator named Richard J. Daley.

Kaminsky eventually wrote over 60 novels. The list includes 24 Toby Peters books. Besides them, there is a series featuring a Moscow inspector named Rostnikov, and another centered around veteran Chicago cop Abe Lieberman.

I’m not an expert on detective novels, and can’t speak to technical matters of plot or description or characterization. All I can say is that I thoroughly enjoyed YBYL. And the rest of the Kaminsky bibliography does sound intriguing.

For now, though, I’m going to take a pass on it. I might never get my own work done.