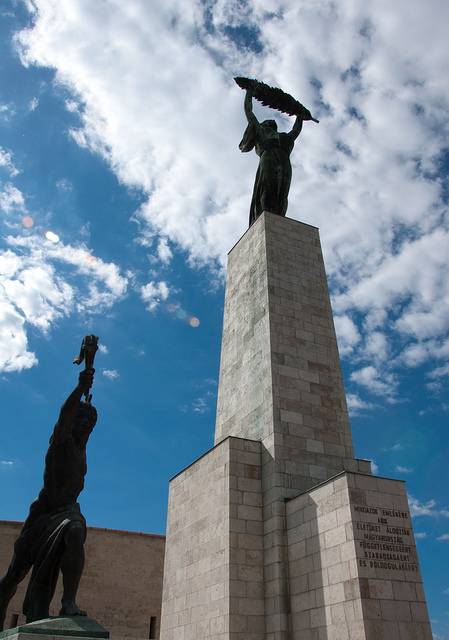 No, this story isn't what you think it is i.e. it's not about anti-semitism in Hungary (though, on a grand level, it is a little bit). It's about the anti-semitic behavior of one person, and the hypocrisy that came with it. Director and dramaturg Kelly Kerwin spins the story of a man who escaped the notice of much of the U.S. press, but hasn't been so lucky in his native country. Read an excerpt below or listen above:

Csanad Szegedi, a high-ranking member of the Hungarian Parliament, was notorious for his seditious remarks regarding Jews: He accused them of "buying up” the country for Israel and, according to the New York Times [via the Associated Press], “railed about the 'Jewishness' of the political elite.”
These comments are, naturally, controversial, but then Szegedi hit below the belt. He stated “The problem the [Hungarian] radical right has with the Jews’ [is] that Jewish artists, actors and intellectuals [have] desecrated Hungary's national symbols.”
There are a few ways to rise to power in the modern-day Hungarian Parliament. Csanad Szegedi chose the anti-Semetic route.
This 30-year old Hungarian parliament member of the Jobbik party had the (neo-Nazi) world at his fingertips and he was going to paint the town red (with the blood of Jews). But, as with everything in life, power has a price. “Neither can live while the other survives” “Winter is coming” “Against the power of Mordor there can be no victory.” ““Do or do not... there is no try.” “Why should I fear to trace my birth? Nothing can make me other than I am.” Szegedi, has never heard this last quote. From Oedipus. And now, Csanad Szegedi has revealed to the Jobbik Party, to the Hungarian people, and to the world something he recently discovered: Csanad Szeged, the famed anti-Semite, is Jewish.
The Paper Machete is a weekly live magazine at the Horseshoe in North Center. It's always at 3 p.m., it's always on Saturday, and it's always free. Get all your The Paper Machete Radio Magazine needs filled here, or download the podcast from iTunes here.