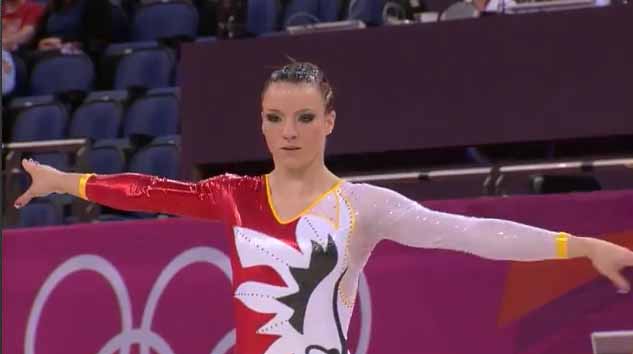 Let's start off with this intense hair, which is in braids and done with sparkly red, white and blue gel. I recently read that synchonized swimmers need to take a hot shower for an hour to get the gelatin out of their hair they use for performing. Hopefully this took less time. 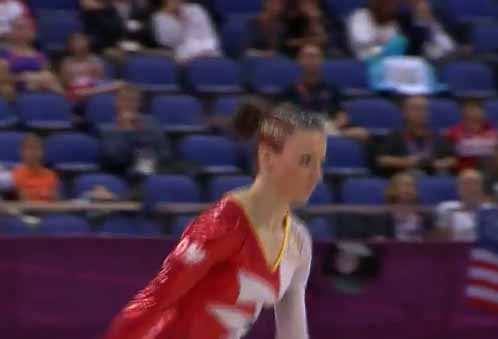 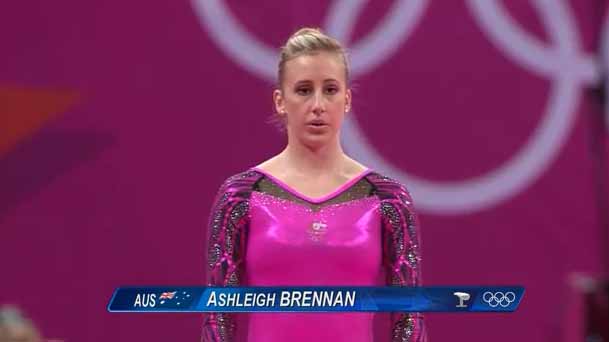 Ashleigh did not look happier after this routine; she fell on her butt. 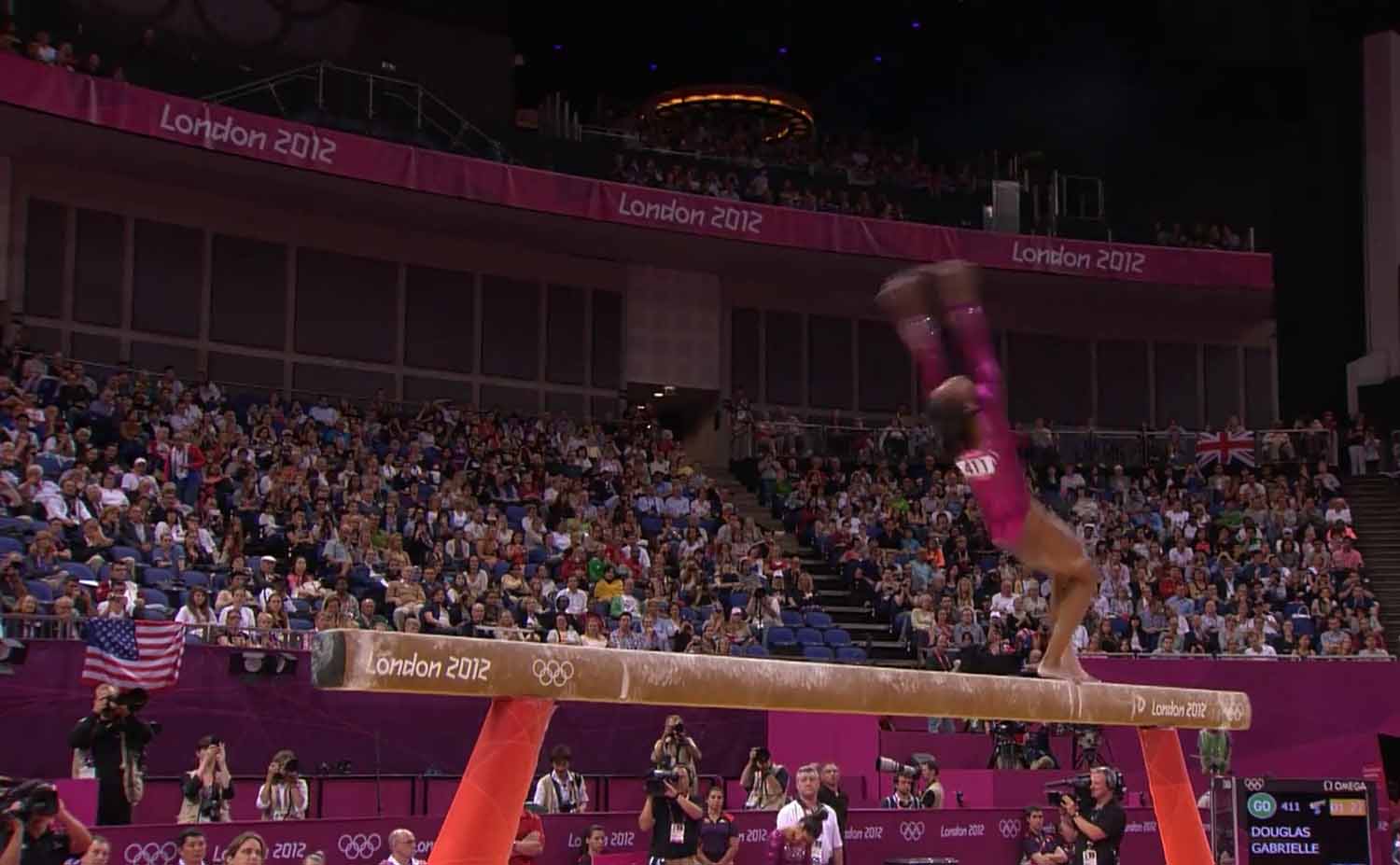 Gabby Douglas was clearly the favorite to win this, and no number of camera cuts to Jordyn Wieber pouting in the audience could ruin that. She nabbed the gold, while the Russian Victoria Komova took silver. At first, her teammate Aliya Mustafina was tied with USA's Aly Raisman for third, which is basically amazing, given how all over the place Raisman's beam routine was. But Mustafina won the tiebreaker, and that was that. (How that works, according to the announcers: They take the combined execution score of each to figure out who should win.)

Douglas' win meant that the USA has won the women's all-around for three years in a row, making her, according to the LATimes, to be "the first African-American Olympics all-around gold medalist." In 1996, Dominique Dawes became the first black person of any nationality or gender or win an Olympic gold medal in gymnastics, period. 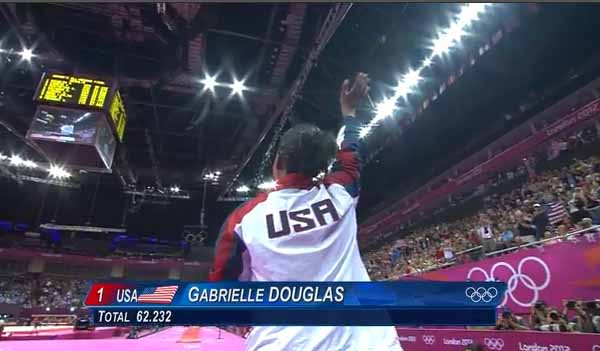 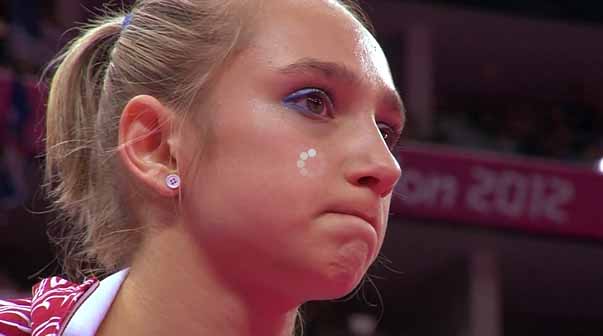 Komova could not even fake excitement about getting silver. But see how the buffering wheel on my computer feels for her. 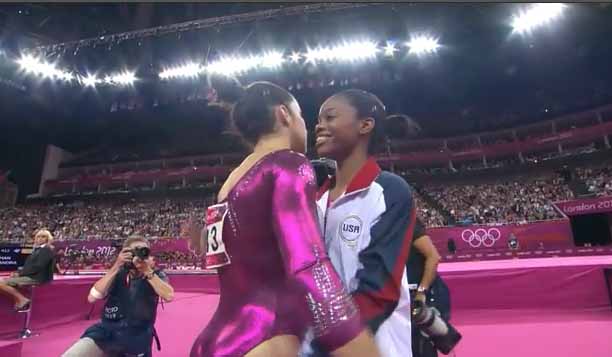 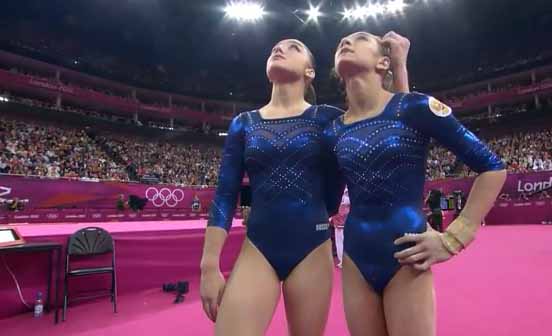 In your time of need, always pet your teammate. 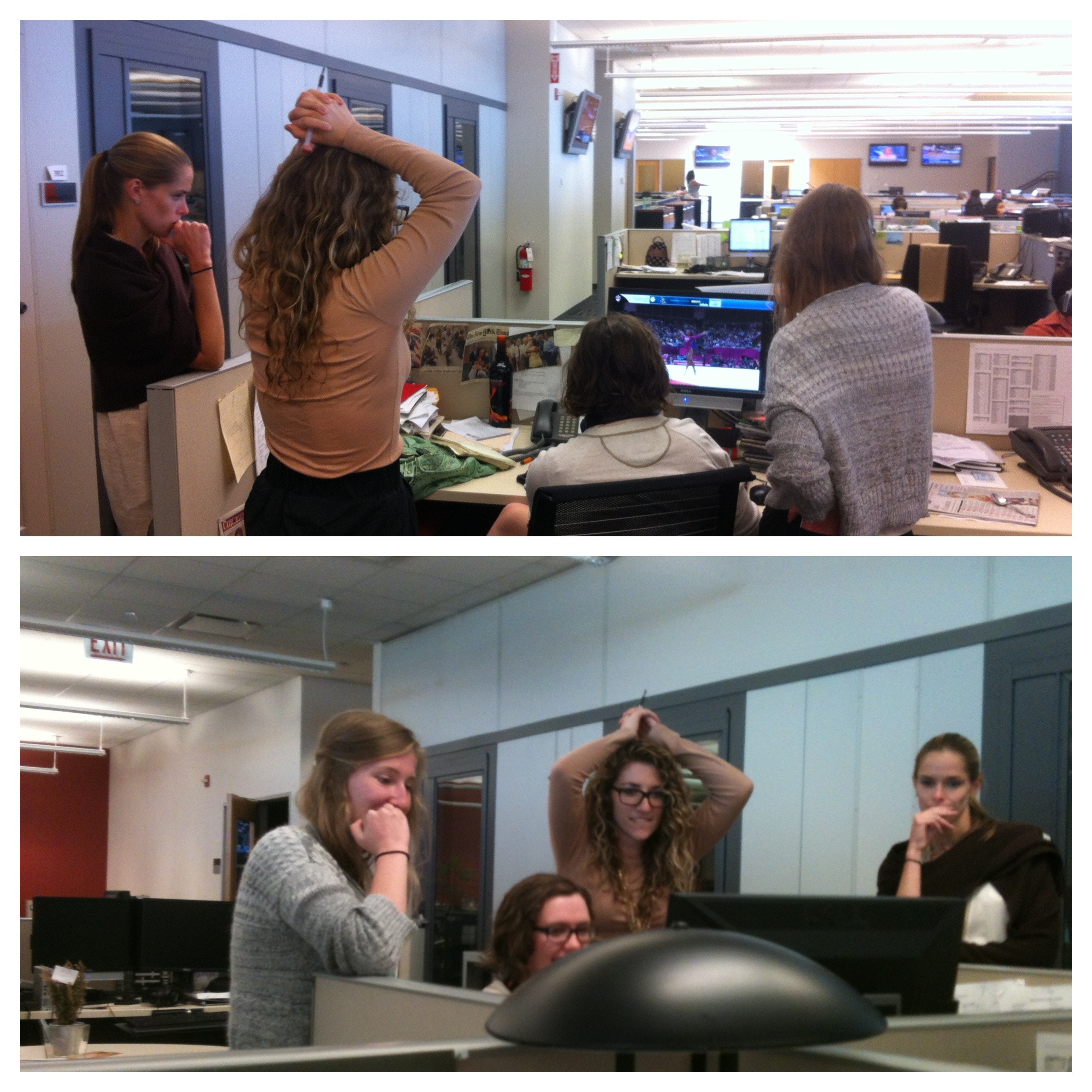 Or freak-out with your coworkers.