The 87th Academy Awards are tonight, but if you've been listening to WBEZ you already know that. Public media had film fever lately, publishing in-depth interviews and stories on the filmmaking process. Here's a selection of our favorite interviews with Oscar-contenders, stories about the film industry and analysis from thoughtful critics.

Our own Nerdette Podcast had a wonderful interview with Boyhood director Richard Linklater. He explained how his approach to the film was informed by novel-writing and nerded out about the Ingmar Bergman film, Fanny and Alexander, "I realized this is the greatest film about that view of the magical thinking of a kid."

"At the same time, I always have considered Michael Keaton to be a phenomenal actor because he navigates drama and comedy. He has been the bad guy, the funny guy, and I needed somebody who can really navigate those two genres and I think few actors can do that. What he did is extraordinarily difficult, honestly. I think I have worked with great actors, but what he did it was almost a miracle, I have to say." 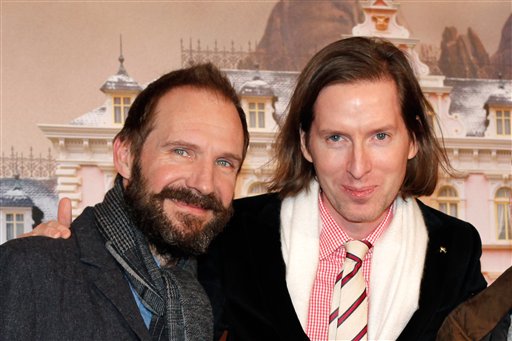 Writer/director Wes Anderson told The Frame that the success of The Grand Budapest Hotel was a “total mystery.”

“I could come up with some notion, but it's complete guess work ... I had one a few years ago, ["The Life Aquatic with Steve Zissou"], that I thought, This is an ocean-going adventure story, it's the most commercial idea I've ever had...[but] almost no one went to see it. I thought I was making a kind of Spielberg movie. The world did not share my perspective on this. Up until the moment there's a real public screening — and it's not a test screening, the movie is finished and we are at a film festival  or something — I have absolutely no sense of how it's going to go over at all. And really, even after that, I tend not to.”

While Benedict Cumberbatch has recieved most of the attention over The Imitation Game, director Morten Tlydum has also been nominated for Best Director on his first English-language feature. He told The Frame:

"What drew me to the project is that it's a tribute to people who are different — who are thinking differently, who [don't] really fit into the norm, whose ideas are not like anybody's ideas — and I think that is so important. We as a society — we as a species — if we're going to move forward, we have to listen to those who think different — who are not seeing it in the same way as everyone else."

Selma was a favorite for nominations in a number of Oscar categories, but was limited to Best Picture and Best Song. This slight prompted an insightful conversation on WBEZ's General Admission podcast about the value of making lists about art and how they can starkly show the industry's lack of diversity.

The most controversal film among the Best Picture nominees, American Sniper became a central point on Filmspotting's Oscar preview episode. They looked back to another Clint Eastwood directoral effort for comparison—Unforgiven.

Whiplash writer/director Damien Chazelle told The Frame that he was inspired by musicians he knows in real life.

"There are a few musicians that I know who seem on the outside like very asocial or somewhat unemotional people, people who aren't capable of emotions, and people think they're very cold inside.

And they'll be like that, and then you'll hear them play their instrument, or you'll hear the music they write, and you'll hear emotions come out of that music that you'd never expect coming from that person, and that to me is always this fascinating thing, these people who truly can only communicate through music.

So I wanted to make a movie about people who live music in that way and compare that to what it's like in the outside world. You know, a guy who gives his heart and soul to a music school and an instrument and then he goes out to dinner with his family and he's met with indifference, and what that sort of does to you when your interior passion doesn't line up with what the world wants from you.”

In a similar vein, Marketplace learned what exactly a first assistant director does and did the numbers on the economy of the red carpet.