This is where television invented itself.

It set the model for the hit family sitcom. Lucy was a bad girl trapped in the life of a ’50s housewife; her slapstick quest for fame and fortune ended in abject failure weekly. Both the antics and the humiliation entered the DNA of TV comedy, from “Desperate Housewives” to “30 Rock,” writers can’t live without Lucy. Rapper Mellow Man Ace celebrates the breaking of an ethnic taboo; a drag performer celebrates Lucy as a freak. With novelist Oscar Hijuelos, producer Chuck Lorre, “The Mindy Project’s” Mindy Kaling, and a marriage counselor who has some advice for the bickering couple.

Mindy Kaling (“The Office”) grew up thinking “I Love Lucy” was “one of the many black and white things that people keep telling you is so great… and you’re just sort of bored and annoyed by it.” Then her “Office” boss Greg Daniels ordered her to watch it. She came away with a pretty serious crush on Ricky Ricardo. And she says she’s not bothered by jokes about his accent.

Although Lucy’s on-screen antics may have looked improvised, every gesture, glance, and step was written into the script. Gregg Oppenheimer — son of creator, producer, and head writer Jess Oppenheimer — reads a bit of telling stage direction from “Lucy is Enceinte.” Jess and Gregg Oppenheimer are the authors of Laughs, Luck… and Lucy.

→ Read an excerpt from the “Lucy is Enciente” episode script

Bonus Track: Notes on a Scandal

→ Read about Lucy and Desi in Confidential Magazine (1955)

The I Love Lucy show was the first comedy to be filmed in front of a live studio audience, a practice that is now standard in many of today’s TV sitcoms. Lucille Ball’s daughter, Lucie Arnaz, wrote that her mother’s “clowning and comedy talent thrived on the sound of real people laughing uproariously at her antics.” (Courtesy of Gregg Oppenheimer) 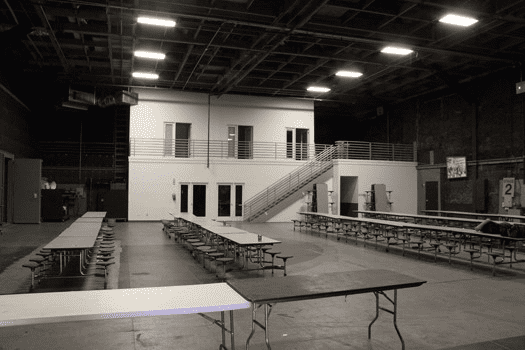 The original I Love Lucy soundstage. Karl Freund, the Oscar-winning cinematographer, convinced Desi Arnaz that I Love Lucy needed to be filmed on a soundstage, not on a theatre stage, as was the convention at that time. A soundstage allowed Freund to set up the necessary infrastructure — including a hanging light grid and crab dollies — to successfully accomplish the innovative technique of three cameras shooting simultaneously. The techniques “Papa” Freund invented for I Love Lucy are still used to make sitcoms today. (Claes Andreasson) 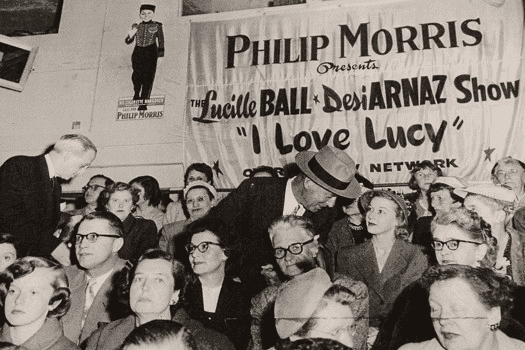 A seat to watch a live filming of I Love Lucy was one of the hottest tickets in town — brought to you by Phillip Morris, I Love Lucy‘s official sponsor. (Claes Andreasson / Hollywood Center Studios) 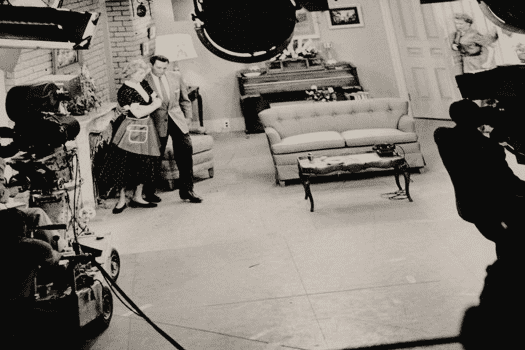 Filming I Love Lucy with three cameras was just one of the show’s many monumental innovations. Television historian Thomas Schatz explains, “I Love Lucy shaped the style, the technique, the veritable ‘grammar’ of the sitcom. And beyond the series’ impact on the genre, there was Desilu itself, which affected the institutional, economic, and even the technological practices of the TV industry.” (Claes Andreasson / Hollywood Center Studios)