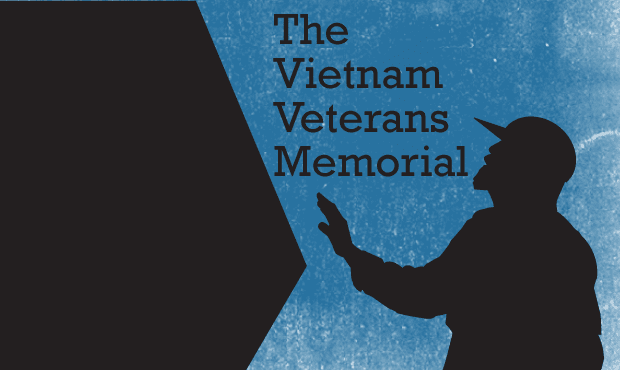 This is the monument that changed how America remembers war.

How do you build a monument to a war that was more tragic than triumphant? Maya Lin was practically a kid when she got the commission to design the Vietnam Veterans Memorial on the National Mall. “The veterans were asking me, ‘What do you think people are going to do when they first come here?’” she remembers. “And I wanted to say, ‘They’re going to cry.’” Her minimalistic granite wall was derided by one vet as a “black gash of shame.” But inscribed with the name of every fallen soldier, it became a sacred place for veterans and their families, and it influenced later designs like the National September 11 Memorial. We’ll visit a replica of the wall that travels to veterans’ parades around the country, and hear from former Secretary of Defense Chuck Hagel about how this singular work of architecture has influenced how we think about war.

Hear Kurt’s full interview with Lin about what it was like to stir up a national controversy at such a young age, and how her artistic career has evolved in the three decades since the memorial was created.

Angela Matthews reads the letter she left at The Wall for her high school sweetheart, Joseph Sintoni. It was featured in Laura Palmer’s book Schrapnel From the Heart.

Images from the Vietnam Veterans Memorial and the Memorial Resource Center 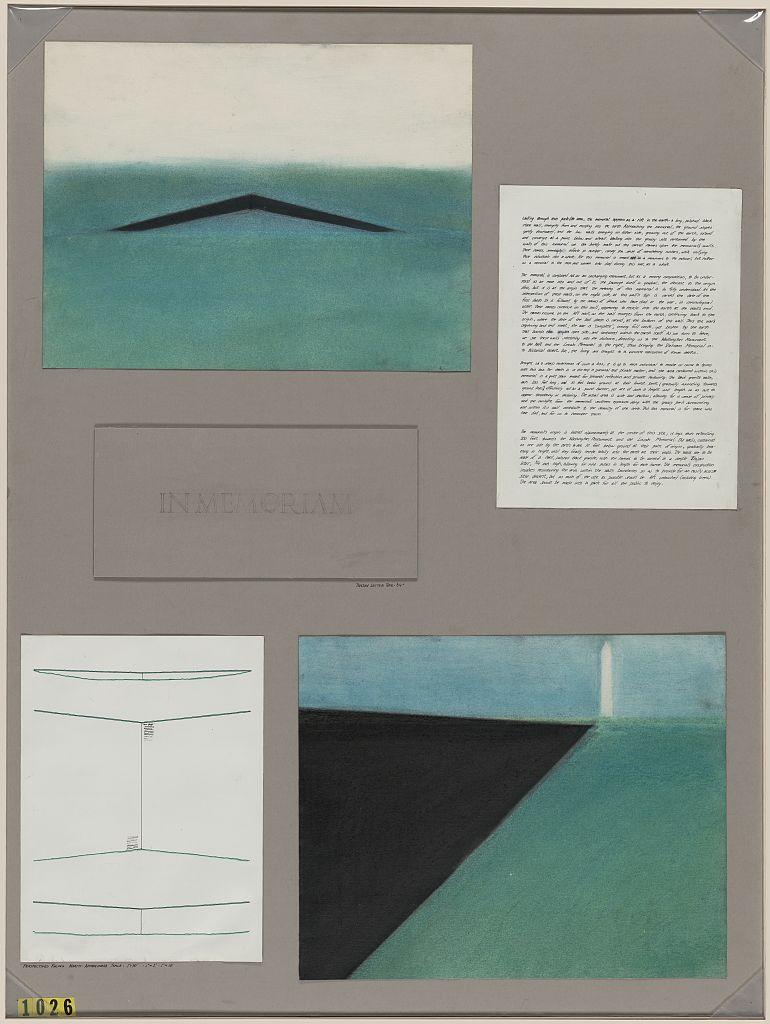 A watercolor from Maya Lin’s entry to the Vietnam Veterans Memorial 1981 design competition. She designed the memorial at only 21 years old as part of her architecture classwork at Yale University. (Library of Congress) 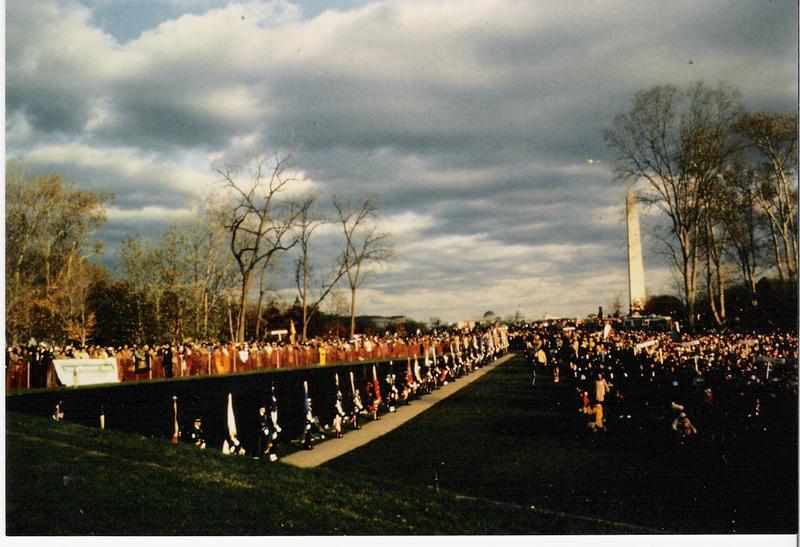 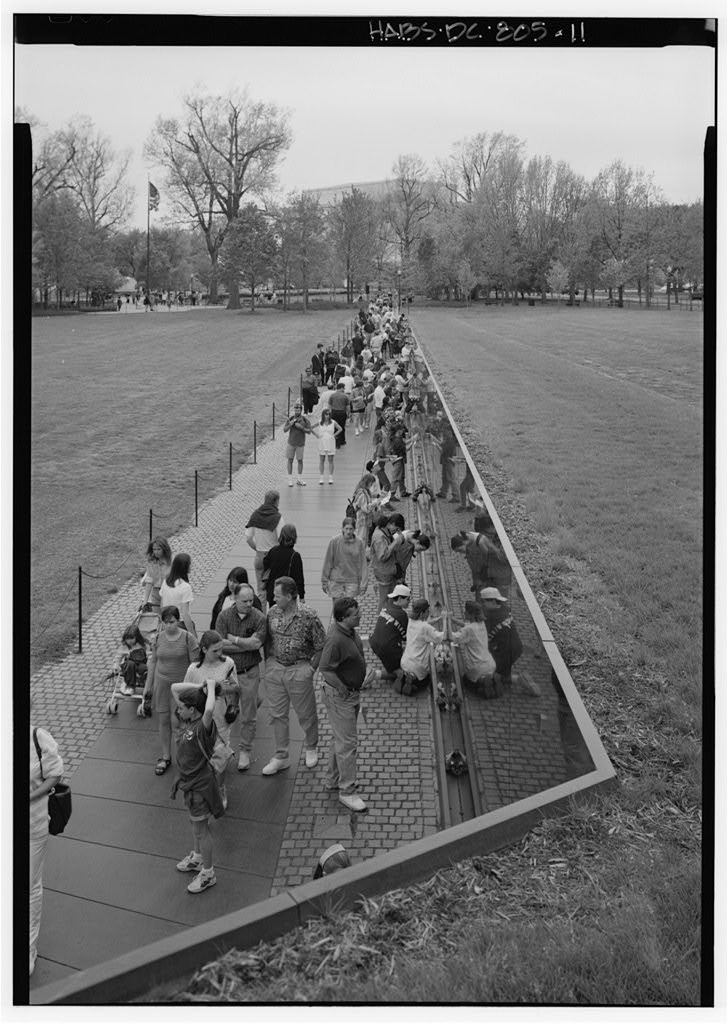 The view from the top of the wall, looking toward the Lincoln Memorial (undated) (Library of Congress ) 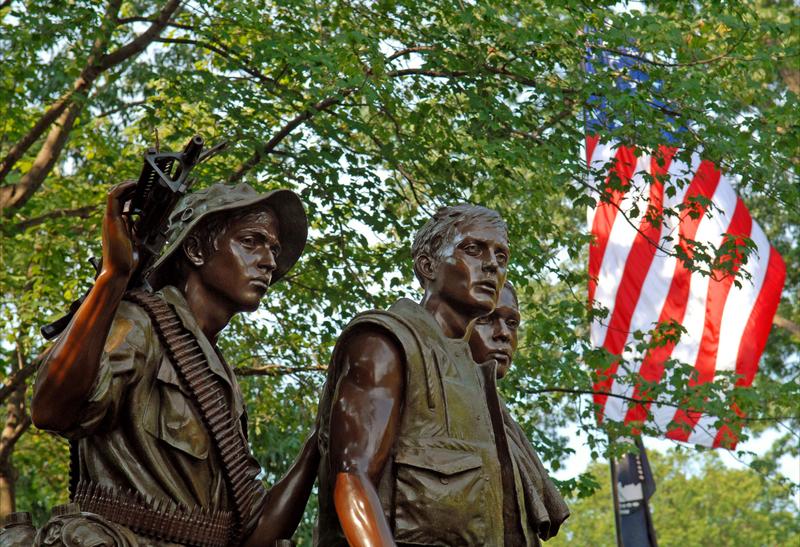 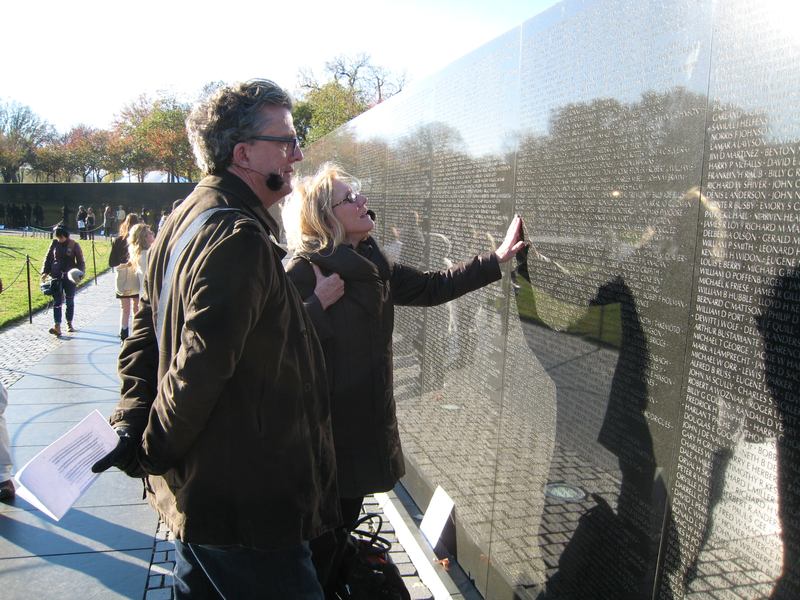 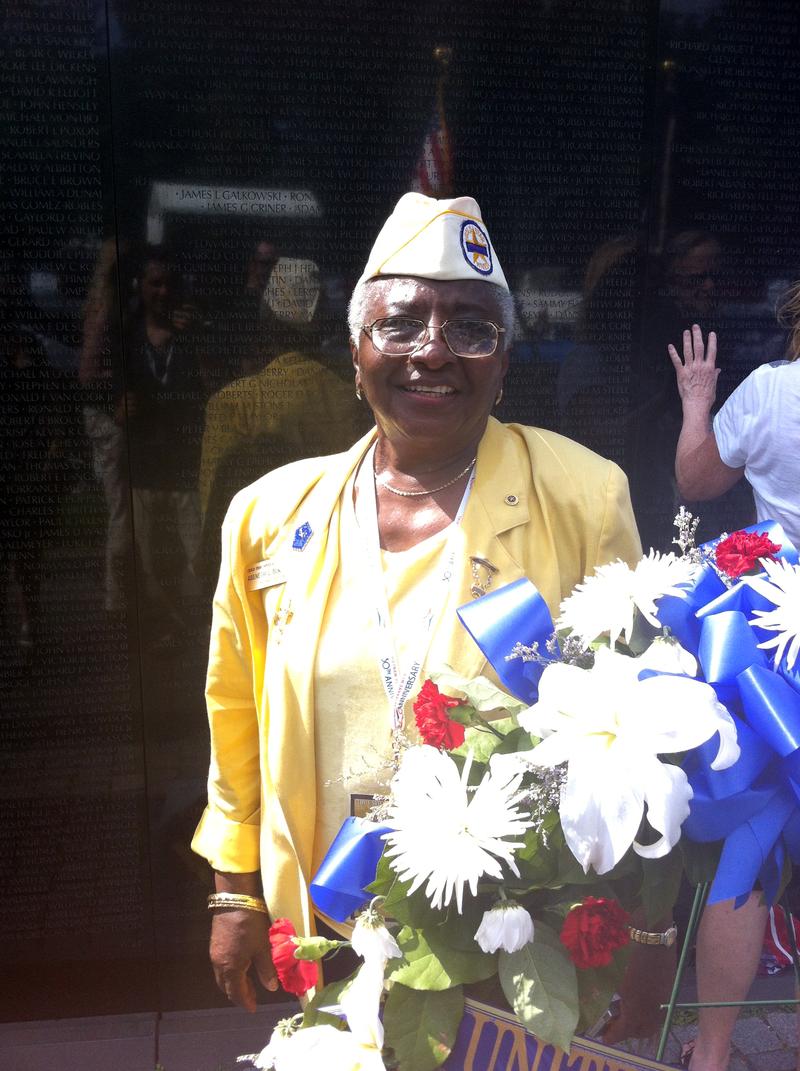 Aseneth Blackwell remembers her husband, veteran Frederick D. Blackwell, at her visit to The Wall on Memorial Day 2012 (Eric Molinsky) 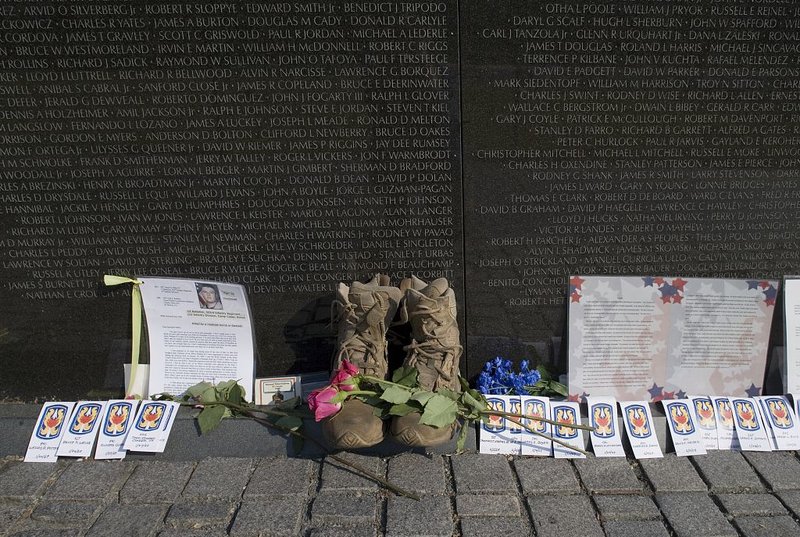 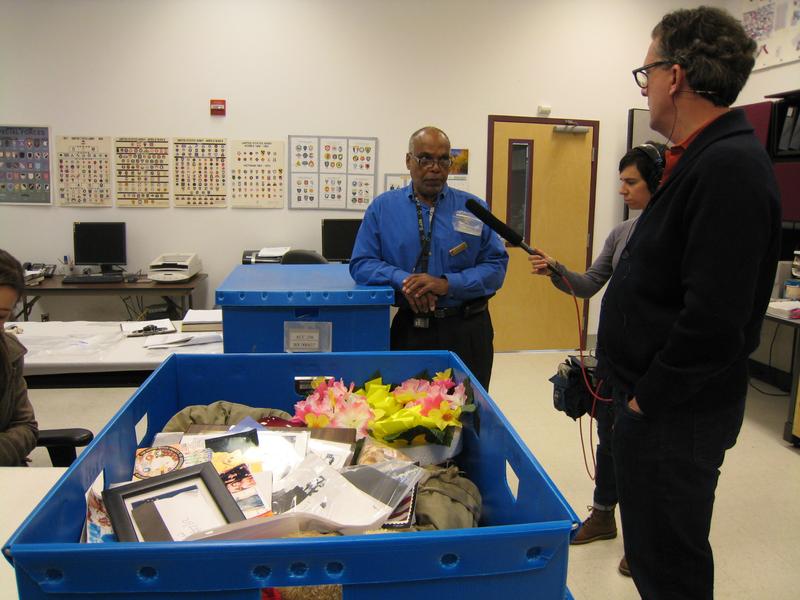 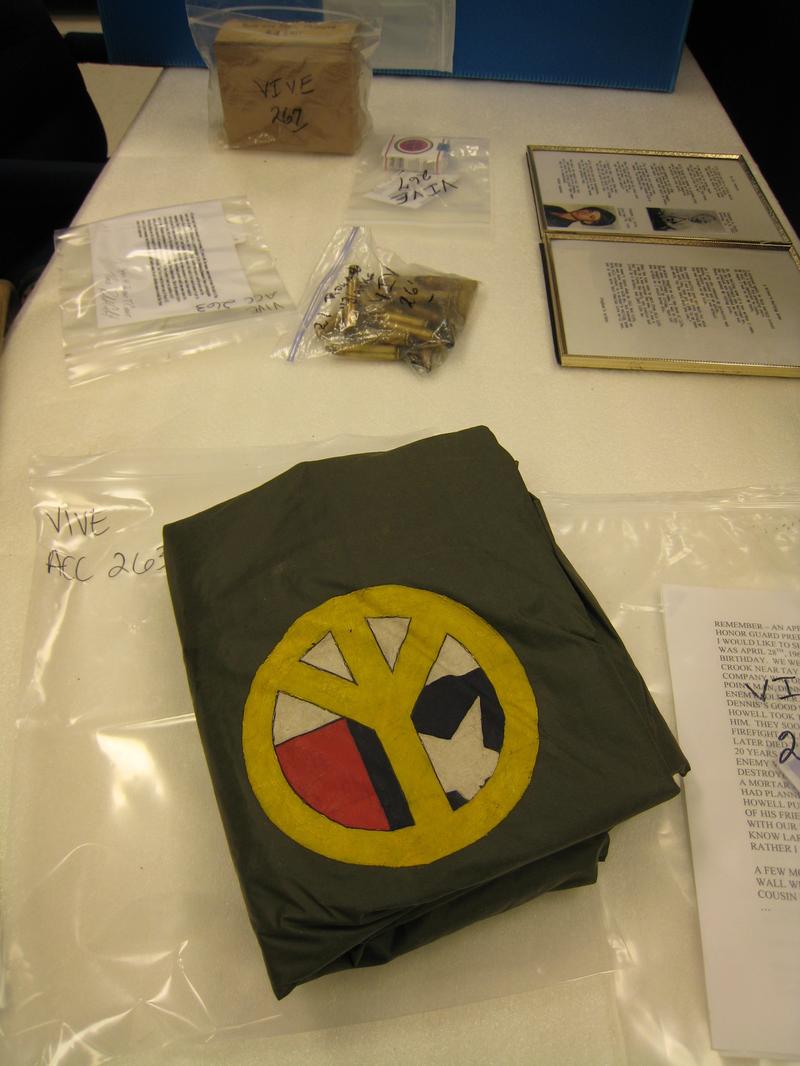 The peace poncho Kurt mentions in the radio program, sitting below a bag of bullets and a pack of Lucky Strikes (Eric Molinsky) 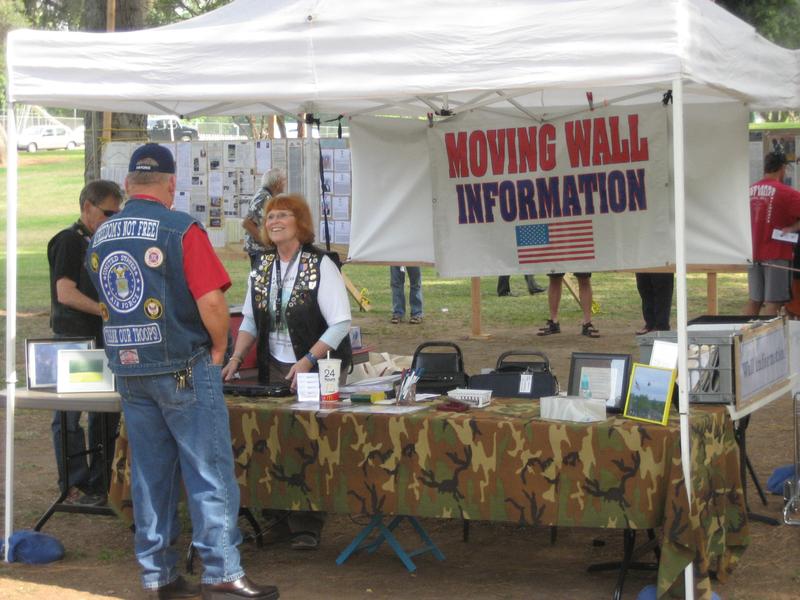